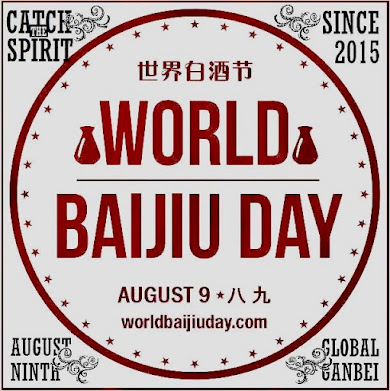 As I mentioned previously, I have a new writing gig, contributing to Sampan, the only bilingual Chinese-English Newspaper in New England. I've previously written six articles for Sampan, including:
In Search of the First Chinese Restaurant in Chinatown
Malden’s First Chinese Restaurant
Quincy's First Chinese Restaurants
Ruby Foo, Chinatown’s First Woman Restaurateur (Part 1)
Ruby Foo, Chinatown’s First Woman Restaurateur (Part 2).
Anita Chue: Another Influential Woman Restaurateur in Chinatown,
My newest article, Celebrate World Baijiu Day, is now available. Baijiu is the most popular spirit in the world, with over 11 billion liters produced, and nearly all made in a single country, China. Despite its great popularity, many Americans know little, if anything, about it, and it’s time to enlighten people about the wonders of this fascinating spirit, known as Baijiu.

Since 2015, World Baijiu Day has been held annually on August 9, a holiday intended to raise awareness of baijiu. August 9 is this Sunday! This holiday was created and organized by Jim Boyce, who runs the blog Grape Wall of China. Baijiu events are held all over the world, and have been previously held in Boston and Cambridge. This year, Sumiao Hunan Kitchen will be celebrating locally so you can visit their restaurant to experience Baijiu.

Check out my new article in the Sampan for more information on Baijiu. You can also read my 11 other articles about Baijiu on my blog. Get over any preconceptions about Baijiu and explore its diversity. I'm sure there's a flavor profile that will appeal to you.

I'm currently working on a new article for the next issue of Sampan, which will be published later this month.