Rant: How Do We Mainstream Sake? 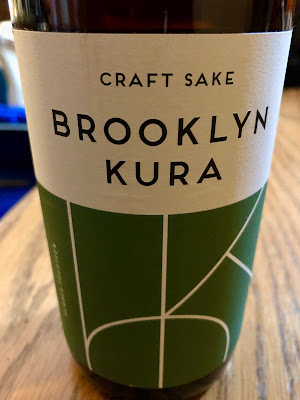 The popularity of Sake continues to grow each year but it still remains largely a niche beverage. How do we make Sake more mainstream, so that it is as popular as beer or wine?
There are plenty of valuable suggestions on how this can be accomplished, from more Sake education to making Sake labels more approachable, however I think the most effective recommendation is: We need more non-Asian restaurants to place Sake on their menus.
Currently, Sake is mostly found at Asian restaurants, so the average consumer equates it only with Asian cuisine, from sushi to kushiyaki. That misconception prevents Sake from becoming more mainstream, relegating it only to a certain type of cuisine. We need non-Asian restaurants to have the courage to place Sake on their drink menus, to show consumers that Sake pairs well with a diverse selection of cuisines and foods.
We need change!
Sake can be paired with appetizers, entrees and dessert. It works well with a myriad of cuisines from Italian to French, Mexican to Spanish. It is an excellent accompaniment to a diverse selection of foods, from burgers to pizza, seafood to poultry, mushrooms to cheese. Its versatility is without question yet few restaurants, except for Asian spots, take advantage. In some cases, it is even a better food pairing than wine.
I've previously written about how well Sake pairs with food, in articles such as The Science Of Sake & Food Pairings, Pairing Cheese & Sake, Slurping Oysters & Sipping Sake, Sake, Seafood & Lobster, and Sake For Thanksgiving. I've presided at Sake dinners, pairing it with Italian cuisine at Prezza and French cuisine at AKA Bistro. Locally, the Tasting Counter, in Somerville, is the only non-Asian restaurant to have any type of significant Sake program. And they've done an excellent job in showing the potential of Sake with all types of dishes.
However, we need many more non-Asian restaurants to put Sake on their drink lists, to follow the lead of the Tasting Counter. We need to see Sake available at pizza joints, burger spots, Mexican restaurants, French bistros, fried chicken places, and so much more. We need Sake to be seen as a commonplace choice wherever you dine. As long as Sake is seen as only an accompaniment for Asian cuisine, then it will never become mainstream, remaining forever a niche beverage.

These changes will involve some work for restaurants. It will require more education about Sake on the behalf of restaurants and sommeliers, who should be excited to learn about this compelling beverage. They need to learn how Sake will pair well with their cuisine. They need to learn how to persuade diners to take a chance on a Sake pairings. None of this is difficult, and mainly involves an investment of time and a willingness to experiment
Those pioneering restaurants willing to take a chance on Sake would be in a unique position, with a new selling point for consumers, standing out from other restaurants. They could lead a path to a future where Sake becomes more popular and mainstream. So what are you waiting for?
Kanpai!
Posted by Richard Auffrey at 3:00 AM