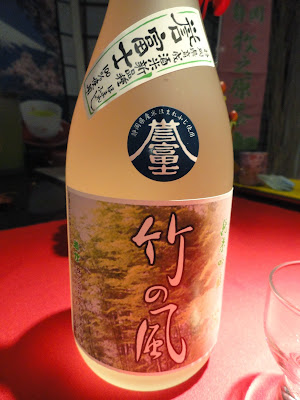 Sake lovers have been excited and hopeful after hearing recent news that Japan was considering pushing for the elimination of Sake tariffs, for both exports and imports. If this occurred, Sake prices would probably decrease and it would be likely that much more Sake would be imported into the U.S., increasing diversity and choice.

This sounds great but how likely is it to occur? Consider me skeptical.

We need to place this new in its proper context, and when we do, it seems unlikely to come to pass as currently envisioned. Japan's discussion of the elimination of Sake tariffs revolves around negotiations of the Trans-Pacific Partnership (TPP), a "free trade" agreement among 12 countries, including the U.S. that is currently negotiating a final agreement. However, the TPP and its negotiations have been plagued with controversy and there has been much opposition to it. A quick Google search leads to numerous negative articles concerning the TPP, and very few positive ones. After checking out a number of these various articles, I am very skeptical that the Sake tariff issue will get resolved anytime soon, if at all.

First, the TPP has been cloaked in secrecy, even from much of Congress, which has bothered both Democrats and Republicans. Though there have been bipartisan efforts to make TPP negotiations more transparent, they have met significant resistance by the current administration. Information about the TPP has only come to the forefront of attention recently because of some leaked documents which have angered people over proposed provisions which would give corporations greater powers.

There are also allegations that TPP is more about protectionism than free trade, that it will provide little direct economic benefit to the U.S., and more. All of this controversy could potentially prevent the completion of this agreement, or at least drastically alter its contents. As much of this controversy is recent, due to the leaked documents, the TTP will undergo even more scrutiny in the coming months, which is likely to delay and potentially derail negotiations.

However, there is a better way to accomplish Japan's goal, if they are truly serious, and Japan has already taken this path with another country. In 2007, Japan and Chile engaged in an Economic Partnership Agreement whereby Chile immediately eliminated their tariffs on Sake in exchange for Japan gradually eliminating their tariffs on Chilean wine. That end result led to increased Sake exports to Chile, as well as more Chilean wines being sent to Japan.

Why couldn't Japan do the same with the U.S., drafting a similar economic agreement? I am sure U.S. wineries would be excited if Japanese tariffs were lifted or reduced, allowing them to sell more wines in Japan. U.S. Sake lovers would benefit too by lower prices and greater diversity. All of the controversy of TPP could be avoided, and it would not take as long to iron out an agreement with just the U.S. as opposed to 12 countries trying to make an agreement.

Kanpai!
Posted by Richard Auffrey at 3:00 AM

Rich, how much is the tariff on sake imports? Also, sake seems so reasonably priced right now, why would the elimination of tariffs currently being passed along to the consumer move the market in a significant way?

I don't know the exact amount, but have heard that it is significant. Though premium Sake is generally reasonably priced, it is tough to find a 720ml bottle for under $20. Without tariffs, you would likely see more bottles under $20, which is much closer to the "Under $15" sweet spot where many consumers buy their everyday wines. Plus, restaurants could charge less for Sake too, making it a more attractive option.