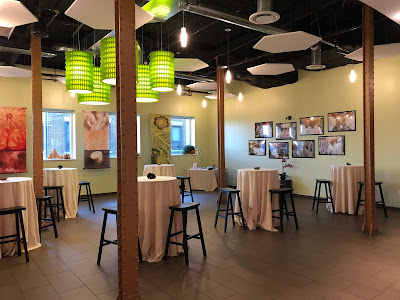 For at least the last few years, including very recently, numerous sources have noted that Boston has a shortage of cooks and restaurant help. This shortage has contributed to the closing of at least a few restaurants, and has caused difficulties at many more. Thus, efforts to add to the number of cooks will benefit the entire Boston restaurant industry. As such, I throw my wholehearted support behind NECAT (New England Center for Arts & Technology) and I strongly urge all of my readers to give it their support as well. Not only do they train cooks, but they also transform lives. 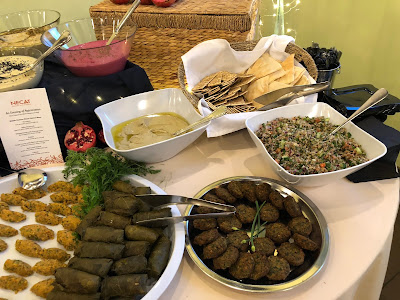 Recently, NECAT threw a 5th Anniversary party, catered by their students, to celebrate their achievements. Two years ago, I first wrote about NECAT, in my article NECAT: A Culinary School Worthy Of Special Attention, and you should read that article to learn more about the basics and mission of NECAT. In short, NECAT provides culinary training to students who have had trouble or disadvantages in their past, from ex-convicts to high-school dropouts, from ex-drug addicts to the chronically underemployed. NECAT helps these "students forge a new future, providing them an opportunity for a fulfilling and rewarding career." 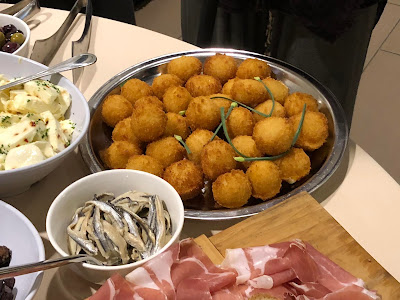 As I wrote before, "NECAT is helping to show their students that they don't need to be defined by their past, that they can move forward despite what they might have once done. They are helped to believe in themselves so that they can change their lives for the better. They might have challenged backgrounds but that isn't sufficient to hold them back, if they are willing to work toward a better future. These are such worthy goals, creating a better community for all of us." A powerful mission that has accomplished much in only five years. 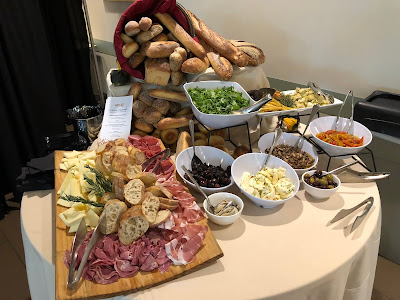 During the past five years, NECAT has graduated 333 students, with 230 currently employed as cooks. In addition, NECAT has expanded, adding a culinary program in Everett, allowing them to train even more students than possible just at their Boston location. With more financial support, NECAT could continue to expand, and help transform even more lives, adding to the number of cooks in the Boston area. Two worthy goals, accomplished through a singular training program. 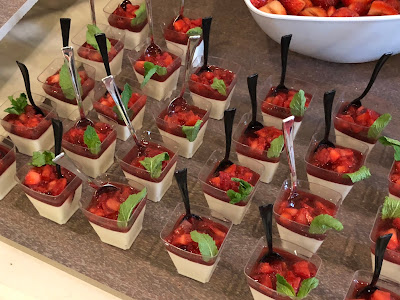 I've attended a few of the NECAT events during the last couple years, and the stories of achievement from the graduates have been powerful and inspirational. You can feel their passion, their desire to participate in the restaurant industry. And you can see how it has positively affected their attitudes and lives. NECAT works and needs more support. In addition, I've tasted numerous dishes that the students have created, including what is in these photos from the 5th anniversary celebration, and they have produced plenty of delicious foods. 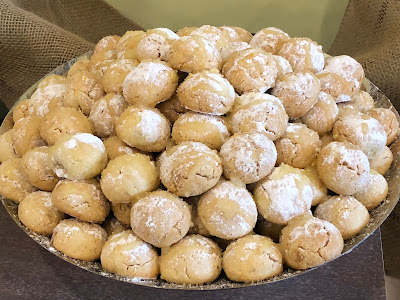 Restaurant owners and managers, I strongly encourage you to consider hiring NECAT graduates to fill openings in your kitchens. You not only will be hiring new employees, but you will be helping these graduates start new lives. If you are interested in exploring the possibilities, please contact NECAT.

For my other readers, I encourage you to learn more about NECAT and give them your support. Take a tour of the facility, have lunch there, or attend a future event. If you can donate money to NECAT, please do so. And importantly, help spread the word about NECAT. It needs to be much better known and strongly depends on word of mouth to do so. If you know anyone who would benefit from attending NECAT's culinary program, please tell them about the opportunities.

As we enter the holiday season, when charity becomes more prevalent, please consider supporting NECAT.
Posted by Richard Auffrey at 3:00 AM