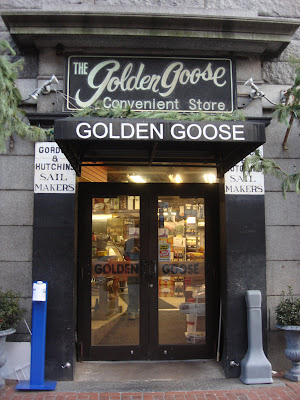 In the city, you still can find small, neighborhood markets that cater to nearly all of your food and beverage needs. That is something I wish existed more in the suburbs. The Golden Goose is one such market in the North End, a medium-sized store that is jam packed with a wide assortment of food items, wines, beers and liquors. I was told that the average customer stops by the market 2-4 times a day! Though I had stopped there primarily to check out their wine selection, I could not ignore the rest of their offerings. 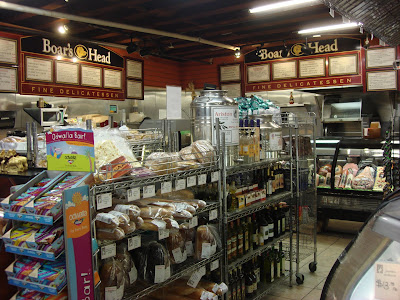 They have a full service deli, also selling breakfast sandwiches, subs, pizza and other prepared foods. There are baked goods, including bread from Iggys, cheeses, fresh produce, and seafood. There doesn't seem much you can't find here. 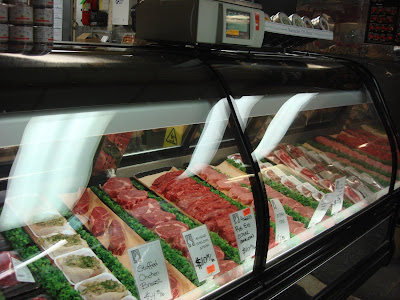 They prepare all of their own meats on premises, from grinding their burger to making sausages. The meats all looked good, albeit a bit pricier than other butcher shops. I did not spend much time checking prices, though I have heard from some others that food prices tend to be a bit pricey. I didn't take the time to confirm that though, but I might do so on a future trip. 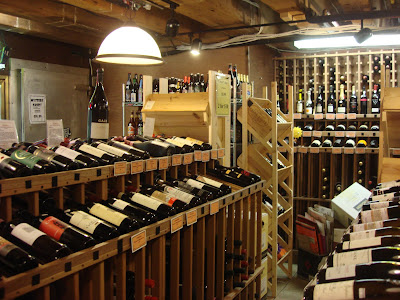 I originally met Dave, the wine manager/buyer for Golden Goose when he was working at the OurGlass Wine Store in Saugus. He was knowledgeable and passionate about wine, just the type of person you want running a wine store. When OurGlass closed, Dave went to work at the Golden Goose market and he was there when I stopped by the other day, able to spend a little time chatting to me about their wine.
Though a bit cramped, there are about 500 wines packed into the woden racks and boxes. For a grocery store in the North End, you might expect two things: that they would have tons of Italian wines, and mostly carry mass-produced, commercial wines. Yet you would be wrong on both counts.
The selection is actually fairly diverse, with wines from all over the world, and the Italian selection is but one portion of the larger whole. And though they do sell some wines like Yellow Tail, they also carry many other wines from small, artisan producers. It is a selection that will interest wine lovers. It is also still being refined and revised by Dave, and I expect the selection to get even better with time. 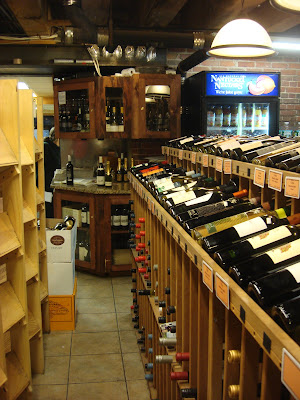 At the rear of this picture, you can see an enclosed cabinet where they keep their higher end wines. They also stock a full complement of speciality beers and ales. Despite their space issues, they have filled this area with plenty of good choices, and you still have the ability to easily scan the stock. 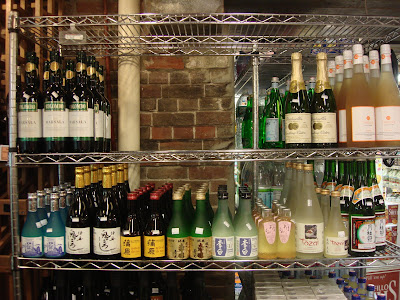 They even stock some Sake!

Prices of the wine seem average. This is certainly a store worth checking out, with a diverse collection of wines from all over. Plus, you can always pick up some food to accompany your wine. Don't think that this is your average grocery wine store but realize that you will find plenty of gems inside.

They have a very thoughtful wine selection at the Golden Goose. There is a city markup, but I've found interesting wines there even at $10.

That's exactly who I want to buy wine from: someone passionate about it and willing to stock interesting selections!

I can forgive the Yellow Tail! :P