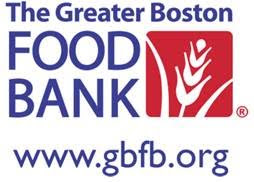 Two years ago, The Greater Boston Food Bank designated January as Super Hunger Month and January 2010 will mark the return of the month-long series of fundraising events to help end hunger in eastern Massachusetts.

1 in 9 people in Massachusetts is currently receiving food from a food pantry, soup kitchen or shelter, and the colder months ahead mean that more people will be forced to choose between heating their homes and paying for food. Super Hunger Month provided an additional 350,000 meals to those in need last year. It will have added significance this year as even more people seek assistance during this jobless economic recovery.

Super Hunger Online Challenge, January 17-24
During this time period, culinary-themed packages and signature Boston experiences will be auctioned online with all proceeds benefitting The Food Bank.

For more information about all of these events should visit www.superhungermonth.org.
Posted by Richard Auffrey at 5:14 AM

Yes, it is. It is easy to promote events which support such causes.