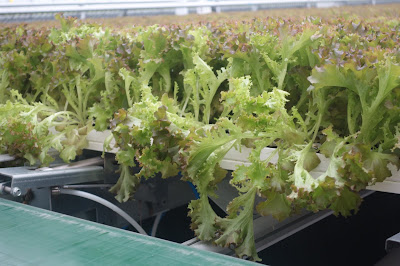 Where is the lettuce and arugula you eat grown? Most likely, it comes from California or Arizona, transported across the country to New England by truck. You might find a small amount of local lettuce at farmers markets, grown on farms which can provide leafy greens only within a specific season. However, there is now a new option, a compelling lettuce farm, located in Shirley, Massachusetts, which can provide leafy greens year-round and which should serve as a model for the future of lettuce farms across the country: Little Leaf Farms.

First, let's explore a little bit of the fascinating history of leafy greens, to see its importance to ancient cultures. It is thought that the ancient Egyptians were the first people to cultivate lettuce though they generally didn't eat it. Instead, they used its oily seeds and the milky sap that oozed out when you broke a piece of lettuce. That milky sap would later provide lettuce its name, based on the Latin word "lactuca" which means "milk." The Egyptians felt that milky sap was an aphrodisiac and dedicated it to Min, their fertility god.

Arugula was also once thought, by the ancient Romans, to be an aphrodisiac. Who would have thought a simple salad could enhance your love life? For the ancient Greek and Romans, lettuce was considered more of a food source, though initially they served it at the end of a meal, as they believed it made you sleepy. Later, they felt that lettuce would help to stimulate your appetite so they started serving it at the start of a meal, though they also felt it helped digestion, so they also might serve it at the end of a meal. 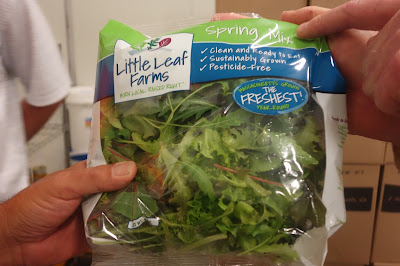 Lettuce was first brought to the Americas by Columbus but it didn't start to be planted as a regular crop until colonial times. Currently, lettuce is the third most consumed fresh vegetable in the U.S., behind tomatoes and potatoes, with the average American consuming about 25 pounds of lettuce each year. Lettuce can roughly be divided into two types, head (like iceberg) and leaf (like romaine), though some divide leaf types into a few different categories. Breaking down lettuce consumption, Americans generally consume about 14 pounds of head lettuce and 11 pounds of leaf lettuce each year, with leaf lettuce consumption having grown in recent years.

China produces the most lettuce in the world, about 56% of total production, while the U.S. occupies second place, with maybe 10% of total production. China consumes much of their own lettuce production and it is Spain which occupies the top place for lettuce exports, with the U.S. once again taking second place. The U.S. only export about 12% of their total production, with most of those exports headed to Canada, with smaller amounts to Taiwan and Mexico. Approximately 98% of the lettuce grown in the U.S. comes from California and Arizona, with California responsible for about 71% of all head lettuce production.

Lettuce production occurs on about 323,000 acres, using a significant number of resources, from land to water. It is also considered very labor-intensive, especially for harvest and packaging. On an acre of land in California, the average yield is about 12 tons for leaf lettuce and 20 tons for head lettuce. This year's drought has also caused serious agricultural issues in California, pointing up a vulnerability in the system. 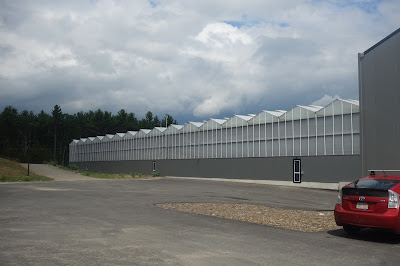 However, there may be a way to counter some of the disadvantages of this land agriculture, to increase yields while still using less resources, including labor. Little Leaf Farms is leading the way in offering such a solution, with their own hydroponic, leafy greens farm contained within a three-acre greenhouse.

Hydroponics is basically a way to grow plants without the use of soil, using mineral nutrient solutions to feed the plants. Though this type of farming has been available for over 30 years in the U.S., it hasn't caught on much until recently, and it still is only a tiny percentage of total farming across the U.S. For example, it is estimated that next year, there will only be about 3500 acres of greenhouses in the U.S. Other countries, such as Holland, have been more amenable to hydroponic greenhouses, and looking to such countries can offer beneficial advice to farmers in the U.S. Paul Sellew, the founder and CEO of Little Leaf Farms, paid careful attention to the work in Holland. 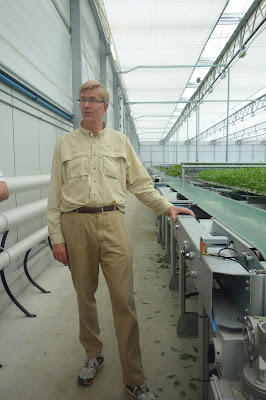 Paul Sellew, who at six-foot eight-inches tall is someone most people need to look up to, grew up in Lebanon, Connecticut, working at Prides Corner Farms, which was started by his late father, Peter, and is currently operated by his brother, Mark. Paul graduated from Cornell University, in Ithaca, New York, with a degree in horticulture. Though it seemed farming was in his blood, Paul took a few years away from it to play professional basketball in Europe and South America. Upon his return to the U.S., he began his entrepreneurial career, starting with Earthgro, a composting business.

Since that time, he has founded a number of different companies from Harvest Power to Backyard Farms. You might be familiar with Backyard Farms, which is a greenhouse located in Maine which hydroponically grows tomatoes. Their tomatoes can be found in many local supermarkets and are also served at some local restaurants too. Paul's latest endeavor is Little Leaf Farms, which he hopes to do for lettuce what Backyard Farms did for tomatoes.

When I met Paul, and toured the greenhouse, I found him to be humble and passionate, engaging and intelligent. He was a down-to-earth person, lacking any pretension, and answered all of my questions without reservation. The greenhouse was thoroughly impressive and it is clear that this is a labor of love. The greenhouse has only recently started operations, having delivered its first shipments of leafy greens in July, and still needs work out a few kinks, but its potential is massive. In a world concerned with conserving natural resources, sustainability, climate change, and other such issues, Little Leaf Farms is a shining example of the potential for hydroponics.