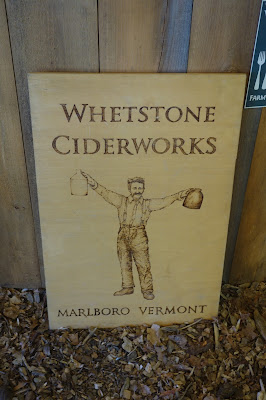 Autumn in New England is the time for apple picking, for hot cider donuts and chilled apple cider. It is a time for home-baked apple pies, cider-braised pork, apple stuffing and so much more. With the prevalence and popularity of apples, it's easy to understand why hard cider is also quite popular in New England, and Vermont is certainly no exception.

During TasteCamp Vermont, we had the pleasure to taste a range of hard ciders, some very traditional while others were more experimental. Vermont is cutting their own unique path through the hard cider industry and are producing some fascinating and delicious ciders. No matter what type of cider you prefer, you'll likely find some in Vermont, and if you are willing to expand your palate, you'll find plenty others which should appeal to you. As a cider lover, I was impressed with Vermont's offerings, and brought a number of bottles home with me.

The hard cider industry has a long history in Vermont. Even when Prohibition was enacted in Vermont in 1852, 67 years prior to the passage of Federal Prohibition, the production of hard cider was not banned, provided no other fermentable sugars were added to it. However, you couldn't sell cider at any "...victualing house, tavern, grocery shop, or cellar, or other place of public resort.” Why was cedar allowed to remain legal? First, it was easy to make and with "...the abundance of apple trees and orchards across the state, it would have been impossible to outlaw production." Second, cider was "...an important staple of daily nutrition. Consuming water was still a dangerous gamble, and beer produced at breweries was illegal under the law." The effect of Vermont's Prohibition was to significantly increase cider consumption but it must have eventually been seen as a significant problem as they finally outlawed cider production and consumption in 1880.

(All the above quotes are from Vermont Prohibition: Teetotalers, Bootleggers & Corruption by Adam Krakowski.) 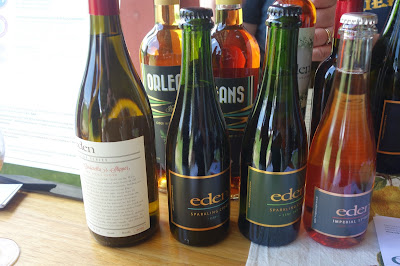 Eleanor Léger, the founder of Eden Specialty Ciders, showcased a number of her ciders, and they were very popular with the TasteCamp attendees. See my previous post Craft Cider-From Orchard To Glass for more information about Eleanor, her cidery, and reviews of some of her tasty products. Eleanor is making exciting ciders and has inspired other producers in Vermont to get into the cider industry. I want to highlight two more of her ciders, both which I highly recommend.

The Eden Imperial Rosé ($15) is produced from heirloom apples, red currants, and a touch of ice cider. At 11% ABV, it is off-dry, with a mild effervescence, and is fresh and crisp with delicious apple and currant flavors, blending together well. It is tasty on its own, though would pair well with food too, and this would be great on your table at Thanksgiving. At this price, it is a very good value and I was sure to pick up a couple bottles.

I've previously raved about the Eden Orleans Herbal Aperitif, kind of an apple Vermouth, a cider infused with organic herbs including Basil and Hyssop. I stated that it "is an intriguing and compelling cider, a unique blend which has lots of potential." At TasteCamp, I got to sample the companion to this aperitif, the Eden Orleans Bitter Aperitif ($30). The Bitter, with a 16% ABV, is a cider made with red currant, dandelion, angelica, and gentian. It possesses a complex and fascinating taste, with a potent bitterness, enhanced by more subtle hints of red fruit and apple. It is more of an apple Amaro, and should be an excellent ingredient for a variety of cocktails.

I was impressed with the Bitter just as much as I was the Herbal and would highly recommend both. They are very unique, quite delicious, complex and versatile. Many of the TasteCamp attendees seemed to agree as Eleanor sold plenty of bottles of the Aperitifs. 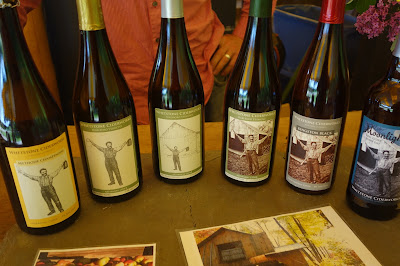 Whetstone Ciderworks, which is located on the banks of the Whetstone Brook, was founded in 2010 by Jason and Lauren MacArthur. They use apples from both their own orchard as well as some other local farms. Jason, on a trip to France, became enamored with wine making and upon his return to Vermont, he wanted to create something appropriate to the land and climate. Apples, rather than grapes, became his fruit of choice, thinking it best exemplified Vermont and its cold and wet climate. Jason noted that "cider is a delicate beverage" and they usually drink cider with food.

The Orchard King ($14) is made from a blend of apples including Jonagold, Pinova, Cox's Orange Pippin and some later bittersweet cider apples.  Dry and crisp, it possessed tasty flavors of tart apple and citrus, with a nice minerality. This would be excellent with cheese, and I could also see it working well with seafood dishes, from oysters to cod.

The Orchard Queen ($14) is made from a blend of apples including Lamb Abbey Permian, Orleans Reinette, Co'x Orange Pippin and Kingston Black. This too is dry and crisp, with a strong tart apple flavor and mild citrus, but its main difference is that it possesses an earthy element, a complex and intriguing aspect that appealed to me. I would pair this with other umami dishes, from sushi with soy sauce to mushroom risotto. 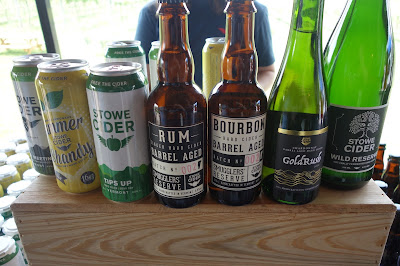 Stowe Cider was founded in 2013 by Stefan Windler, a chemist and biologist, and his wife, Mary. They use Vermont apples and make small batches of their diverse ciders. Their Summer Shandy is a blend of homemade lemonade and semi-dry cider. It is mostly dry, with bright citrus and lemon flavors, a nice tartness and a crisp and refreshing taste. Their Ginger Cider is aged in Vermont Rum barrels, their own version of a Dark n' Stormy. It is crisp and dry, with strong and clean apple & ginger flavors, and caramel and vanilla accents. The Wild Reserve is naturally fermented, made like a traditional Spanish cider, and is earthy and funky, with underlying tart apple flavors. Quite delicious. 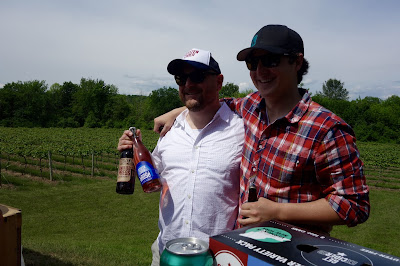 Citizen Cider was founded in 2010 by Justin Heilenbach (a small farmer), Bryan Holmes (a chemist) and Kris Nelson (a wine salesman). It started off as a small project but quickly exploded so that by 2014, they had created a large production facility in Burlington, Vermont. They produce over 10 different types of cider, a diverse portfolio of intriguing ciders. The Northern Spy is a single varietal cider, made from apples sourced from Happy Valley Orchard. It has a complex and delicious taste, with nice tartness, a hint of sweetness, and is very crisp and refreshing. Citizen Plum Intended is intriguing as it is made with Sake yeast,  as well as co-fermented with macerated plums, also from Happy Valley Orchard. It was only mildly sweet, with a subtle plum flavor overlying the crisp, apple flavors. It was delicious and I picked up a couple bottles to take home. 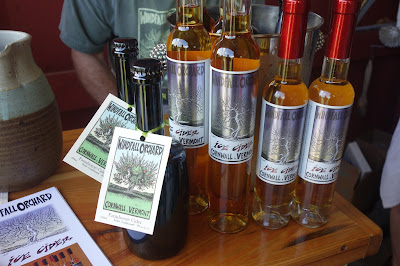 In 2002, Bradley Koehler and his wife purchased the Windfall Orchard, a three-acre orchard which now grows over 80 varieties of apples and other assorted fruits. It is currently a small operation, with their only produce an apple ice cider. The Windfall Ice Cider is blend of 30 varieties of apples, including 50% heirloom and 50% traditional cider apples. Some of the traditional cider apples include Roxbury Russet and Esopus Spitenburg. It has a wild fermentation as well as a secondary fermentation, with some ice cider as a dosage. It ends up with a 9% ABV and 15% residual sugar, and tastes mostly dry with good acidity. It has a prominent and complex apple flavor with savory notes. There are also notes of honey, dried fruit and almost ripe pear. An excellent dessert wine.
Posted by Richard Auffrey at 11:21 AM