Georgian Toast: A Taste Of History 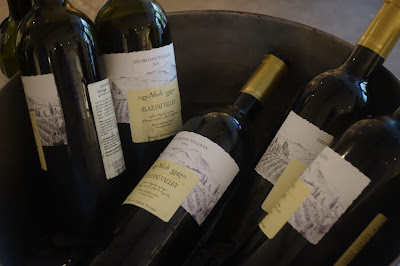 Back in 2008, when I first tasted a wine from the country of Georgia, a former Soviet republic which is located in the Caucasus region, they were a rarity in the Boston area. It is only in the last few years that Georgian wines have started becoming more readily available in the Boston area. At the last few Boston Wine Expos, a number of Georgian importers and producers have showcased their wines, and I've eagerly tasted these wines, enjoying the unique, indigenous grapes, as well as some of their traditional wine-making processes, such as the use of qvevri, earthenware vessels used for fermentation and aging.

In addition, Georgian wines present a taste of history as Georgia is often said to be the birthplace of wine, with archaeological evidence extending back approximately 8,000 years. Their use of qvevri also extends back to those earliest times, so modern producers using these earthenware vessels have a connection to the ancient past. As qvevri clearly affect the taste of the wine, it is actually like you are sampling a piece of history, and that is exciting. 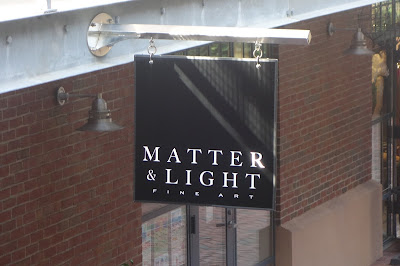 Last week, I had the opportunity to sample some more Georgian wines, as a media guest, at an intriguing tasting event held at the Matter & Light Fine Art Gallery, located on Thayer Street in the South End. Thayer Street is lined with art galleries and Matter & Light is located on a lower level. It is a small gallery, displaying works from contemporary artists from all over the world. Much of the works are abstracts, though there are also some figure studies. 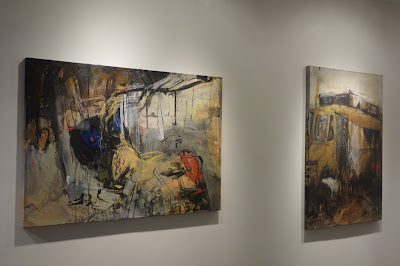 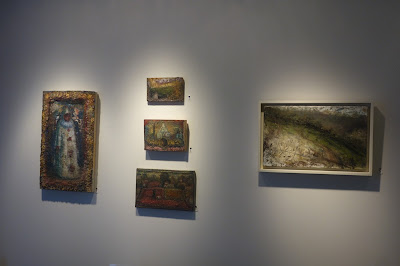 The art gallery made for an interesting venue for the wine tasting, a pairing of the beauty of the art with the aesthetics of the wine. The room was also large enough for the crowd that attended the tasting, and gave attendees something else to do, to admire the paintings, besides tasting the food and wines. 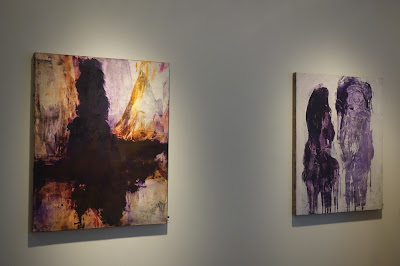 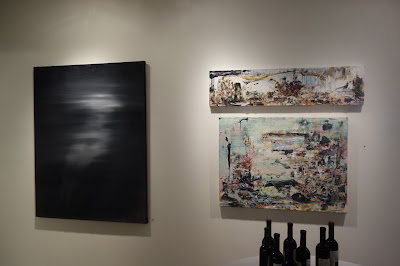 Proceeds from the event tickets benefited the Ballets Russes Arts Initiative, a non-profit, based in Boston, that promotes creative exchange in the fine and performing arts between the U.S. and the post-Soviet region. They host numerous events, promoting the arts, including films, concerts, dances, plays and more. If you're interested in the arts of the post-Soviet region, then you might like to check out this Initiative. 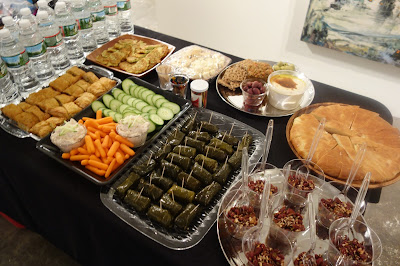 Numerous hors d'oeuvres were provided, catered by Bazaar International Gourmet, with stores located in Brookline and Allston. It is a specialty grocery store with a large selection of Russian and Eastern European foods. Some of the hors d'oeuvres were more traditional Georgian dishes, though they were not labeled so I'm not sure as to the identity of many of the dishes, though they were tasty, and went well with the wines. 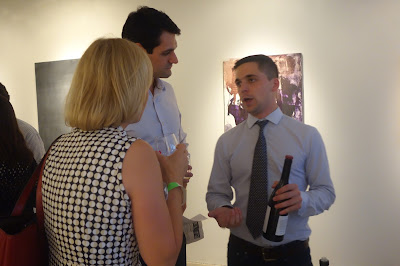 At this event, there were 12 wines available for tasting, from four different providers (Georgian Valleys, Jakeli, KTM, and Orgo), and included wines made from indigenous varieties such as Rkatsitelli, Mtsvane, Ojaleshi, and Saperavi and from specific regions including Kakheti, Khashmi, Lechkhumi, and Gurjaani. Some of the wines were fermented in qvevri while others were made with more modern wine-making practices. I'd previously tasted many of these wines, and retasted them again, finding them just as delicious and compelling as before, especially the 2012 Jakeli Wines Saperavi.

There were three wines which were new to me, and they all deserve some attention. 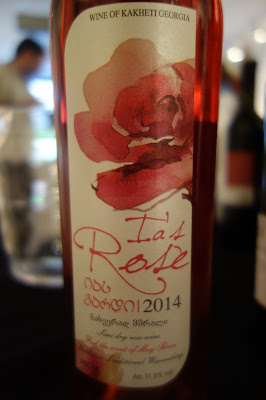 The 2014 Kakhetian Traditional Winemaking (KTW) Ia's Rosé is a semi-dry Rosé wine, with a 11.5% ABV, that is made from a blend of three grapes, Saperavi, Muscat and Mtsvane. The wine spends about 8-10 hours on the skins, giving it a bright pink color. It has a lovely aroma of red fruits and floral notes, and on the palate there are tasty flavors of strawberries and raspberries, with hints of rose petals, and a little tartness on the finish. It is crisp and easy drinking, perfect for the summer, though it is food friendly and you can easily drink it year round. 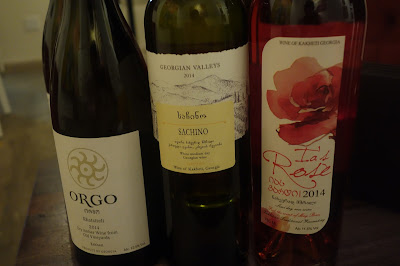 The next two wines were produced by the Orgo Winery, which Georgian Toast recently started distributing in Massachusetts. Orgo is a small, artisan winery located in the Kakheti AOC in eastern Georgia. This winery is a joint endeavor between Gogi Dikishivili, a famous Georgian wine maker, and his son Temur Dakishvili. As Gogi is a pioneer in the revival of the use of qvevri, Orgo uses these earthenware vessels for all of their wines. Many of the grapes they source are from old vines, aged 50-80 years, and few other wineries are able to source such grapes. When Georgia was part of the Soviet Union, many of the older vines, which notoriously are low yielding, were unfortunately torn up and replaced, with the intent of increasing production. 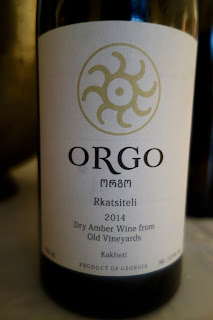 The 2014 Orgo Rkatsiteli (about $20) is made from 100% Rkatisteli, has a 12.5% ABV, and is fermented and aged in qvevri for about six months, with skin contact for that entire period. Referred to as an "amber" or "orange" wine, this wine is also made with wild yeasts and is unfiltered. It has a more unusual, yet intriguing, aroma, a melange of spice and fruit. On the palate, the spice notes dominate with more subtle undertones of citrus and peach and a touch of honey. It is fresh and crisp, complex and well-balanced. Kosta stated they don't don't usually chill this wine as it is so full-bodied.   This wine would pair well with a variety of foods, from seafood to chicken, cheese to charcuterie. 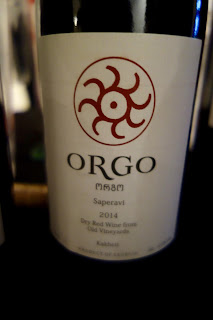 The 2014 Orgo Saperavi ($20) is made from 100% Saperavi, has a 12.5% ABV, and is fermented and aged in qvevri. This wine is also made with wild yeasts, is unfiltered, and only 5,000 bottles were produced. It possesses an alluring aroma of lush black fruit, herbal notes and a touch of earthiness. On the palate, it is full bodied and lush, with mild tannins, and delicious flavors of ripe plum, lots of spice, herbal accents and an earthy undertone. Harmonious and complex, it possesses a lengthy, pleasing finish. This is a wine for meat, from sausages to lamb, burgers to steaks, or even a hearty Bolognese.

I highly recommend both of these Orgo wines, and they are an excellent introduction to Georgian qvevri wines. If your local wine shop doesn't carry Georgian wines, then ask them to check out the Georgian Toast portfolio.
Posted by Richard Auffrey at 3:00 AM