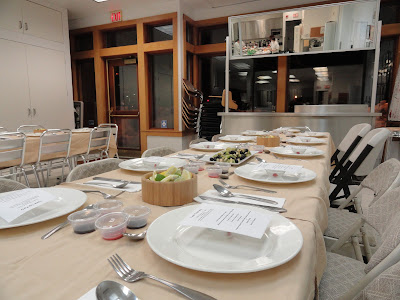 For a short time, I was a bit nervous, the possibility of a nightmare coming true.  Good News: You won a ticket to a free dinner.  Bad News: It is a vegan/vegetarian dinner.

Last month, I won The Unknown Gastronome contest on Mystery Meet, garnering me a free ticket to their next dinner.  Founded by the personable Seth Resler, Mystery Meet hosts a special dinner each month, though the location of the meal is a secret.  Some clues are provided but you still must buy tickets without definitively knowing the location. Then, 24 hours before the meal, you will be provided the identity of the restaurant.  This is a fun concept, and I had previously read some good reviews of their dinners. 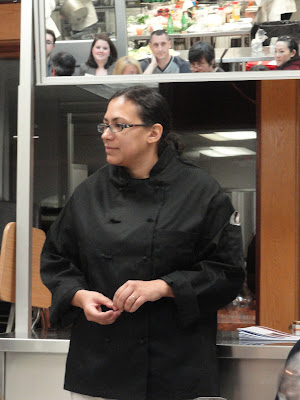 Based on the initial clues, I still was not clear as to the restaurant's identity.  The day before the event, I learned that the meal would be held at The Cambridge School of Culinary Arts.  The Chef would be Eliana Hussain, of Saffron & Cinnamon, who is a culinary instructor and personal chef. As I researched Eliana, I found she produced numerous vegan products, and taught some vegetarian cooking classes.  Was this what I would find at the Mystery Meet dinner?  Would it be a veggie buffet?  Please say no! 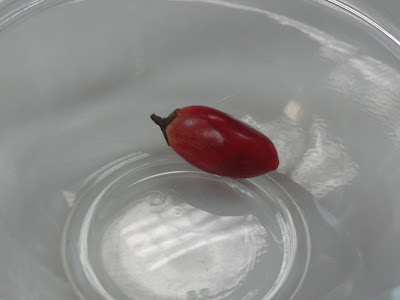 Fortunately for me, that was not the case.  Instead, the theme of the dinner was Taste Tripping, assessing the efftcts of the Miracle Fruit. This fruit, from a plant scientifically known as Synsepalum dulcificum, is native to West Africa and was first encountered by Europeans around 1725. If you chew the berry, the juices coat your tastebuds and then everything you eat for a short time, from 15 minutes to an hour, tastes sweet. The berry contains a protein called miraculin "which binds with the taste buds and acts as a sweetness inducer when it comes in contact with acids."

So, at the start of the dinner, we all bit into one of the berries, swishing the juices around the insides of our mouths.  You were not supposed to bite down on the seed at the center of the berry, as that is bitter.  We then got to test the miracle effect by biting into lemons and limes, and it passed the test. The sour taste vanished, replaced by something sweet.  It was a very strange thing, to have something known to be sour suddenly tasting sweet. I also tasted some sriricha hot sauce, and though it still had its heat, it tasted sweet. 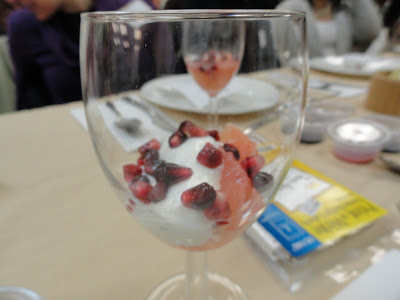 The food courses then started arriving, beginning with a Citrus Salad with Mint and Yogurt. 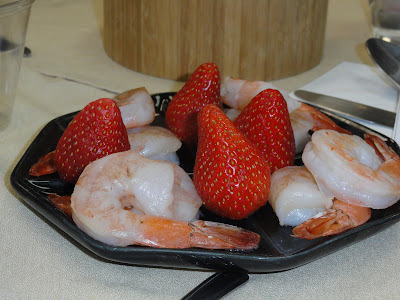 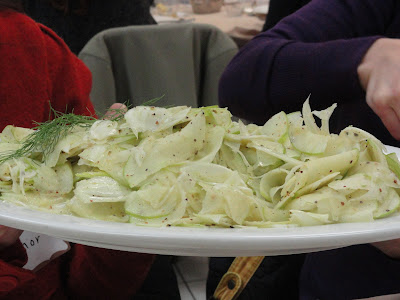 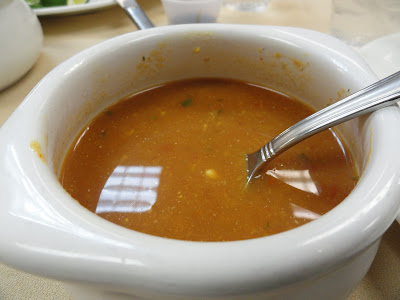 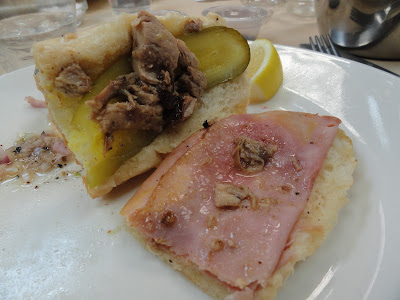 It was around this point that the effects of the berry wore off of me. Though it was an interesting experiment, and the berry certainly did add sweetness to all of the dishes, it had a negative impact too.  It concealed the complex flavors of these dishes, making them more one-dimensional.  That is not good for someone who really loves the melange of potential flavors in food. And it does a disservice to the chef, whose food cannot be properly appreciated.  So, though it was fun, I would not repeat the experience. I would rather enjoy the full panoply of flavors, whether sour, bitter or spicy.  This berry could be useful though if a person has to eat a certain food, which they normally would dislike, by altering its flavor. 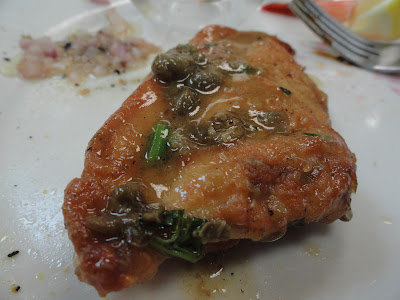 We then moved on to Chicken Piccata, which I was able to better taste and which was good, a nice moist piece of chicken. 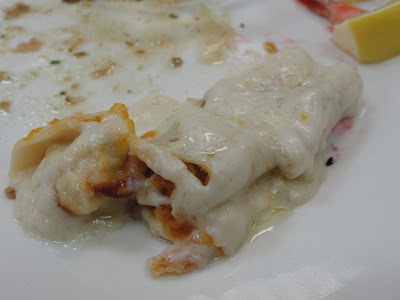 Maybe my favorite dish of the evening was the Butternut Squash Cannelloni with Parmesan Cream sauce. A rich, cheesy and naturally sweet dish, this was a perfect comfort food for a cold, winter evening.  The evening would then end with a cup of Spiced Hot Chocolate, which also was perfect for the night.

Around 35 people or so attended the dinner, some who had attended previous Mystery Meets and some, like me, who had never been before. It was fun to meet some new people, and it was an interesting social event. I like the idea of Mystery Meet and am pleased that I was finally able to attend.  Though the dinner itself was not one of my favorite meals, it was a unique experiment and I am glad I tried it.  So if you are an adventurous food lover, I recommend that you look into Mystery Meet.  A new event is coming up on March 8.
Posted by Richard Auffrey at 4:30 AM