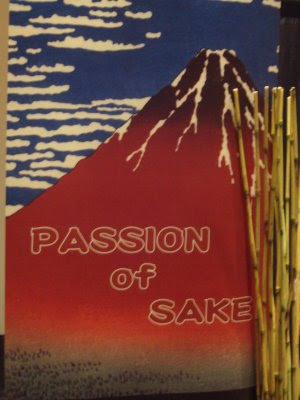 Amino acids are important to sake, especially concerning food pairings, yet it is not an area which most consumers understand. So let me try to demystify the topic, without getting too technical.

At its simplest, amino acids are the basic building blocks of proteins. I won’t go into a more detailed scientific explanation for it is not necessary for my intent here. The key to know is that each amino acid has its own specific function and they play a significant role in the consumption of sake.

There are over twenty different amino acids in sake, a greater variety than found in any other alcohol. As an example, sake contains seven times more amino acids than red wine. During fermentation, about 55% of the protein in rice gets broken down and converted into nitrogen compounds, of which around 45% are amino acids. Higher quality sakes, with greater rice polishing rates, have less proteins available for conversion so tend to have lower levels of amino acids.

As the fermentation process for sake is generally longer than that of wine, it also tends to produce more amino acids. In addition, the more traditional brewing processes, kimoto and yamahai, which can take twice as long to ferment, generally have the most amino acids of any sakes.

The degree of amino acids in a sake is known as the amino sando, and you may see that number listed on a sake label or in the sales materials. Amino sando levels tend to average between about 0.7 and 1.5. Each specific style of sake has an average amino acid level, though obviously there is variation. Some examples are: Futsu-shu 1.3, Ginjo 1.3, Honjozo 1.3, and Junmai 1.5.

Four kinds of amino acids are considered to most affect taste: alanine, arginine, glutamic acid, and aspartic acid. Alanine is said to produce sweetness while arginine produces bitterness. Both glutamic and aspartic acid can create produce acidity and astringency. But, glutamic acid may be the most important because of its added role in creating umami. As a side note, most wine contains very little glutamic acid.

Umami, the fifth taste, is often defined as “savoriness” and you will find it in foods such as soy sauce, ripe tomatoes, parmesan cheese, scallops, mushrooms and more. When you combine two ingredients with umami, it intensifies the overall umami flavor. Thus, when an umami-rich sake is paired with umami-rich food, it enhances the umami in the whole dish, making it taste even better.

Because of this umami magnification effect, sake can pair well with many different cuisines, and not just Japanese. Would you think of sake and Italian cuisine? Well, an umami-rich sake would pair well with the umami of tomatoes and parmesan so it could go well with many Italian dishes. Or you could pair a high umami kimoto sake with a mushroom dish, like a risotto, and see how the flavors were intensified.

As an added bonus, the amino acids in sake also help to neutralize fishy flavors in seafood, something wine generally cannot do. Thus, sake may be a better pairing with seafood than wine, especially any seafood that might tend to possess a fishy flavor. As an example, some red wines contain minute amounts of iron that cause seafood to leave a fishy taste in your mouth. That does not happen with sake.

The Japanese say, “The skin is the mirror of the internal organs.” This means that your skin reflects your overall health, so good skin means you likely are in good health. As a non-food related bonus, there are amino acids in sake which activate skin cells and help prevent skin cell aging.

For example, sake contains plenty of alanine, which is found in collagen, and it also responsible for skin strength and elasticity. Thus, there are numerous companies which create skin moisturizers, cleansers and bath supplies from sake. You could take a saké-buro, a sake bath, which have been popular in Japan for a very long time. There is even a special Saké sold for that purpose, tama no hada saké, or “skin like a gleaming jewel” saké.

As you can see, there is much more to sake than maybe you thought.
Posted by Richard Auffrey at 4:00 AM