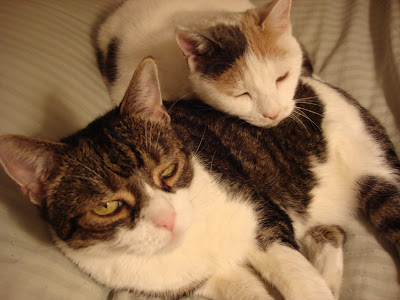 Could you eat a dish containing cat or dog meat?
In some countries around the world, from Peru to Korea, you might find such items on the menu. It seems more of a psychological issue as to whether you might enjoy dining on a dog or cat. In the U.S., we often see them as beloved pets, and thus are very reluctant to consider them as an appetizer or entree. I might have some difficulty eating cat as I do own two and it would seem very strange to me.
Dogs and cats have long been popular food items in China. You'll find plenty of dog, known as "fragrant meat," restaurants in Beijing while cats are most popular in southern China. Cats are generally not as popular as dogs in much of China, as some Chinese are superstitious, believing that eaten cats might return to seek vengeance. Dogs are considered to offer many health benefits. Yet that may all change very soon, if a new law does get passed.
The National People's Congress, China's Parliament, will start its annual session on March 5. They decide which laws to pass and have previously been considered somewhat of a rubber stamp. But public opinion is starting to make inroads on their decisions. One of the proposed new laws they will consider this session would prohibit the "illegal consumption or sale" of cat or dog meat. The penalties would be a fine up to about $730 or up to 15 days in jail, with much larger fines for businesses.
Some Chinese activists and legal experts devised this proposed law, and it has met with much vocal opposition. It is unknown whether the law will actually be passed or not, and discussions concerning the law could continue for years. If it is passed, it would change an ancient tradition, and would economically affect numerous people, from restaurant owners to those vendors that raise cats and dogs.
Do you feel this law should be passed? Is there really a difference between eating dog and eating pork? If we outlaw dog and cat meat, should we outlaw other meats as well? Or all meat? Should ancient traditions be respected? Who is harmed by allowing the eating of dog and cat?
My own opinion is that no such law should be passed in China, or elsewhere. I don't feel there is a real difference between pork and dog, except a psychological issue that may exist with some people. I might have difficulty eating cat, but would not want it banned. If there are issues with raising the dogs and cats, issues similar to pork factory farms in the U.S., then work on those issues rather than ban the meat.
What are your thoughts?
Posted by Richard Auffrey at 6:00 AM

A few years ago on the website StileProject (VERY NSFW) the site owner posted a video of a man killing, skinning, cooking & eating a cat (or a dog, I don't recall). Animal rights people were all up in arms but other were quick to point out the very rural Asian man was simply preparing his lunch.

This is similar to the French tradition of eating horse meat. That tradition was recently (within the last 5 years or so?) banned if I remember correctly.

Of course, there is the Chicago ban of foie gras (considered torture for the geese), many of the Jewish food laws were health based, and the tradition of fish on Fridays in the Catholic lenten tradition (anyone know why this is?). There are many such examples of food restricting laws out there.

That said, I don't think it should be passed either. My thought is, if it doesn't kill you, why not?

I would not presume to tell people in another country what to eat or not eat. But on the question of whether there's a difference between eating pork or eating dog, I think you can make a case that there is. I have a dog, and although I was not a dog person until we got her (for my daughter), I can tell you that she's better company than many people I know. She understands many, many words and has incredible ways of making herself understood. I imagine some farmers grow fond of their pigs, but I'd put dogs in another category altogether in terms of intelligence and personality.

Like the others who have commented here and you, I too agree that a law such as this is superfluous. As pointed out, what people find appealing is largely cultural. I may not choose to eat cat or dog, but I don't find it inherently wrong and generally speaking, I don't believe in imposing my belief systems on others in that way.

However, in the case of endangered species (whale meat) and/or total slaughter of an entire animal for the sake of a single part (shark fin), I find both of those actions wasteful and disrespectful. Whatever meat we choose to eat, we should honor the animal.

Laws don't seem to prevent those hunting or dining choices though, proving that laws aren't successful in preventing people from eating what they see as an important component of their culture.

The most interesting bit in your post is this: "illegal consumption or sale"
That is to say eating or selling dogs or cats is totally fine as long as it's legal. And who will decide what is and isn't legal? (or what businesses are permitted) The goverment, the very same people who are responsible for coming up and passing laws.

Of course goverment owned (or owned by high ranked officials) businesses would be allowed to legaly sell them, as would be any other business that bribes enough people. Ah, it's all so transparent.

Anyway, I agree with you that there is no difference between eating a dog or a cow or a pig, except that most people think of dogs as pets.

Thanks all for the input. It certainly has added more to the discussion.

I am not against the eating of cats and dogs a such it is the way they are treated before they are killed or while they are being killed.As part of some research for a report a friend and i have to do for school we watched a clip on you tube were there were many cats crammed into small cages they were kicked around dropped an a cage full of them (the cats were alive)were thrown off the top of a bus!!

I feel like if instead of parrots we kept chickens, or instead of dogs we kept pigs we'd be less inclined to have pork and chicken and more inclined to eat dogs and cats. It's all about cultures, so I couldn't say I'm not for eating one or the other culture-wise, but as for taste I couldn't imagine dog tasting very good. Then again pigs are thought to be disgusting creatures and bacon = amazing

Search Amazon for
"Anna Maria Falamagetti Presents The Cat Lover's Cookbook"
for an in depth guide to the cooking and eating of cats.