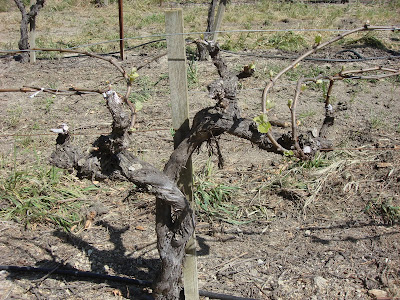 What do you know about Paso Robles?

You can read all you want about a wine region, but actually being there is far more educational. Immersed in its atmosphere, you can visit the vineyards and wineries, chat with wine makers and winery owners, dine at the restaurants, and ask all of the questions you desire. You can learn about what has not been written about the region, or what might even have been incorrectly written down.

Last week, I had the chance to spend a few days in Paso Robles, a whirlwind tour exploring the food, wine and travel options in this California wine region. I obviously could not visit the entire region in that short time period, but I did form some impressions based on what I saw, heard and experienced. My experiences were largely positive and I had a very enjoyable time in Paso Robles.

I was fortunate to share my experiences with a number of other fine writers and bloggers, some I have spoken to before online but whom I had never met in person before. The list included David of McDuff's Food & Wine Trail, Kori of Wine Peeps, Kathleen of Bistro Broad, Scott of Southern Living, Richard of People's Palate, and Peter & Ann of On The Menu. It was so nice to get to know them better, and to hear differing opinions about our shared experiences. That helped to provide some more perspective for my impressions.

So what did I think about Paso Robles? 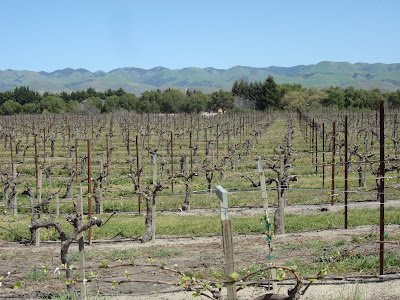 First, what initially struck me about this region was its natural beauty, its lush greenness and perfect weather. When I had left Boston, it had been pouring rain, but hours later I found sunny skies in San Luis Obispo. The greenness was due in large part to recent rains in the region which fed the vegetation. The hills and mountains, the large vineyards, the Pacific coast, and much more all contributed to the alluring beauty of the land.

Second, it has a very laid-back, homey and casual ambiance. There is little pretension in this region. The people are friendly and warm, and downtown Paso Robles is a quaint place, with lots of small shops, restaurants and tasting rooms. It seems less commercial and busy than Napa/Sonoma. In fact, numerous locals are proud to consider themselves the "anti-Napa." They don't want to become a clone of Napa, and at least at this point, they definitely are not. 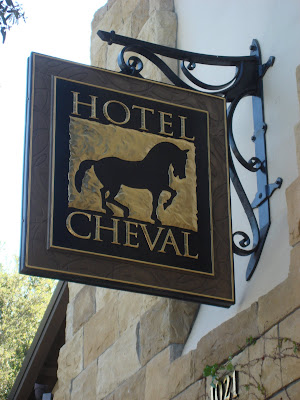 Third, the region has undergone lots of rapid, but organized growth. This has included the rebuilding after the significant earthquake damage in December 2003. Several higher-end and compelling restaurants have opened in the last few years, including Artisan and Thomas Hill Organics. The Hotel Cheval, a small boutique hotel, opened about three years ago and it seems to be one of the best places to stay while in Paso. Yet there is plenty of potential for additional growth and expansion.

Fourth, the region was once well known, even by the Salinas Native Americans, for its hot springs. The earliest white settlers of the region also capitalized on these springs, but at some point they seemed to fall out of favor. Paso Robles currently does little to promote their hot springs and I feel this is an opportunity they could avail themselves of to help promote their city. It is an asset they could use to attract even more visitors.

To Be Continued...
Posted by Richard Auffrey at 6:00 AM

Can't wait for the next post! I love seeing and learning about areas I have yet to visit

It seems like you're having an absolute blast out there. I'm looking forward to seeing the rest of your photos and experience.