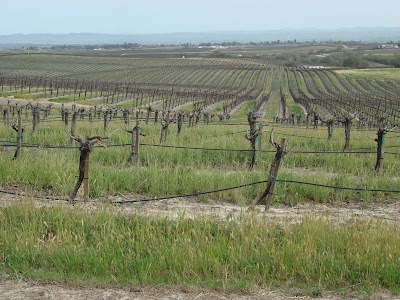 So what did I think about Paso Robles?

Fifth, this region is very conducive to growing excellent grapes. Soil diversity is the norm, with over 45 soil series in this region, including plenty of calcareous soils. There are numerous microclimates, adding even more diversity to the region. In general, there are large temperature swings, from very warm days to much cooler nights. A swing of 40-50 degress from day to night is not unusual. This is very beneficial to their grapes. There is also a longer growing season which means that their grapes have a longer hang time, longer than many than other regions. A longer hangtime can lead to grapes of greater depth and complexity.

Sixth, one of my most significant impressions is that Paso Robles is still a new wine region, one still seeking an identity, still conducting much experimentation. As such, it is a dynamic area, still developing and transforming itself. Don't get me wrong, as I don't consider this a flaw. To me, it is very exciting, as it is a region of possibilities.

The Paso Robles AVA (American Viticultural Area) is less than thirty years old, having been established in 1983. Since then, the AVA has been expanded twice, in 1997 and 2009, and there currently are efforts to divide the region into 11 sub-appellations. If that passes, the wines will still be required to have "Paso Robles" on the label, with the sub-appellation below it. This is intended to protect and support the Paso Robles AVA.

Though the Paso Robles area consists of approximately 614,000 acres, only about 26,000 are planted with vineyards. In 1990, there were less than 20 wineries in Paso though there are now over 200 wineries, and it has become California’s fastest growing wine region. About two-thirds of these wineries though produce less than 5,000 cases. So most of the wineries are still very small operations. 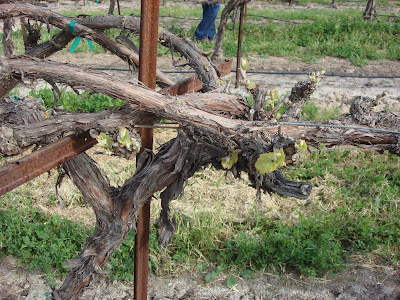 Though over 40 wine grape varieties are grown in this region, Cabernet Sauvignon (38%) and Merlot (15%) make up over 50% of total plantings. Interestingly, Paso Robles also sells more than a majority, 58%, of their grapes to wineries outside their AVA. Much of these grapes go into value wines that are labeled as California or Central Coast. I think all of these figures will change in the future as Paso Robles seeks to improve, to produce more wines for their own AVA. Their vineyards could probably be put to much better use than selling so many of their grapes to other wineries.

It seems that Paso Robles is still trying to determine its signature grape, which best represents their region. I am not sure that is even necessary, though plenty of other regions also seem to want to claim a signature grape. Why not have several grapes which best exemplify a region? That is probably more accurate for many regions. Pigeonholing a single grape may be too limiting, and other grapes that grow very well in the region may get marginalized. 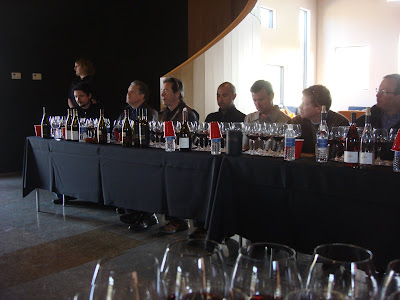 Seventh, from all of the Paso wines I tasted, I generally preferred their Rhône-style wines, made from a variety of Rhône grapes, including Syrah, Grenache, Carignane, Marsanne, Roussanne, Grenache Blanc and more. Some of these wines were quite compelling, able to compete with wines from anywhere else in the world. They could be wines of character and complexity, as well as simply delicious.

I enjoyed others of their wines too, from Merlot to Zinfandel. I visited one winery, Bodegas Paso Robles, which produces wines from Spanish and Portuguese grapes and their wines were impressive. I think the region has much potential for those types of grapes and it would be nice to see more wineries working with them. There are a few wineries currently doing so, though it is still very uncommon. Paso Robles wines range from inexpensive value wines to high-end ones, and I found excellent examples of both, as well as good ones priced in-between.

Eighth, obviously, like any region, not all of their wines were good and some were over-priced. But the good far outweighed the bad. My most common complaint is that I found some of the wines were too high in alcohol and seemed unbalanced. This could partially be due to the longer hangtime which can cause grapes to become over-ripe. This is something wineries should pay attention to, especially when there seems to be a growing movement toward wines with less alcohol.

Ninth, it really surprised me when multiple Paso wine makers told me that Rhône-style wines, even Syrah, are a tough sell. Though I know wines such as Cabernet Sauvigon, Merlot, Chardonnay and such are more popular than Rhône-style wines, I did think that at least Syrah was also a good seller. Locally, it seems that the popularity of Rhône-style wines is growing. How popular are they in your local area?

I hope the popularity Rhône-style wines grows and there is much reason why it should. Such wines can be delicious, pair well with food and give you something different to taste. It helps that the Rhône Rangers exist, an organization devoted to promoting Rhône-style wines, and that many Paso wineries participate in that group. 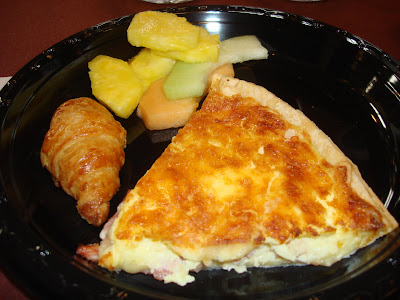 Tenth, I enjoyed some very delicious food while in Paso Robles and the surrounding areas. They have several restaurants that primarily use local and sustainable ingredients, which is certainly easier with all of the fine local ingredients that are available. Even their highest-end restaurants are fairly casual places, where diners may be garbed in a suit, or shorts and a jersey. One of the surprises of the trip was when I stumbled upon a top-notch donut shop!

There is room for growth, for more restaurants and diverse cuisines. Currently, there are some limitiations on the types of restaurants available but I expect that will change in the near future. This presents opportunities for entreprenurial restaurateurs to enhance the culinary scene of Paso.

In the coming weeks, I will go into more detail about my experiences in Paso Robles, including reviews of my favorite wines, restaurants and activities.
Posted by Richard Auffrey at 6:00 AM

Good info on Paso. I too wonder about this desire to be known for one particular grape variety. It'd be much more interesting (to me at least) if they became "Paso Rhone-bles" (I should trademark that). But it does seem like the biggest recent success stories of wine regions growing in popularity center around a single variety. NZ=Sauv Blanc. Argentina=Malbec, etc.

Speaking of Rhone varietals, did you come across many varietal Mourvedres? I'm exploring this grape on my blog this year and am always on the lookout for good domestic bottles.

Hi Jim,
Thanks for the comments. Yes, a number of wineries are using Mourvedre, often in a blend, but sometimes on its own too. I'll try to put together some recs for you. I am big Mourvedre fan too.

I love Paso and its wines. I love the independence of the wineries and the quality wines they produce. Paso is one of those places where you can still find boutique wineries and meet actual vintners. You can have a real discussion about wine without the attitude. I can't wait to go back..and just about every chance I get, I buy a wine from Paso.