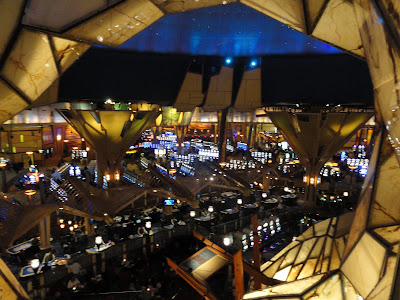 Two wine expos, back to back, from Boston to Uncasville. First, I attended the Boston Wine Expo and then the next weekend I journeyed to the Mohegan Sun Wine Fest. It is only natural to compare the two events, noting that they share some similarities but also possess numerous differences. If I had to choose to attend only one of the events, I would select the Mohegan Sun Wine Fest, though it still has room for improvement.

First, if you compare the venues, the Mohegan Sun offers far more than the Seaport World Trade Center, including more restaurants, a casino, shopping, and much more, especially if you stay over night. All of this is self-contained within the venue, so you can just park and then have access to these places. Thus, a trip to the Mohegan Expo becomes more of a day-long experience rather than an afternoon interlude like at the Boston Expo. The Seaport is obviously much closer for Boston area residents, but Mohegan Sun is only about two hours away, though I strongly advise staying there over night if you attend the wine tasting so that you don't drink and drive. 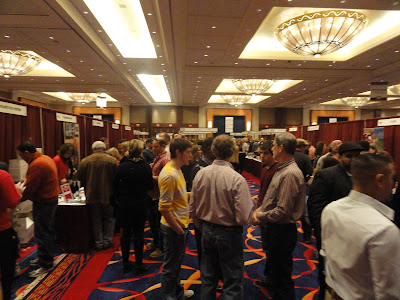 Second, they both hold two-day Grand Tastings, and Mohegan Sun tickets are less expensive, costing $70 per day or $120 for both days compared to the Boston Expo which charges $95 for Saturday, $85 for Sunday or $145 for both days. Mohegan's Grand Tasting also lasts for five hours compared to Boston's four hours, except that Mohegan only has one extra hour for the media/trade while Boston provides two hours. I wish that Mohegan provided an extra hour for the media, giving us a bit more quiet time to check out and review the wines.

Both events also have Elite Cru/Grand Cru events, and Mohegan's is more expensive at $200 compared to Boston's $175, plus Mohegan's event only lasts two hours while the Boston one runs for four hours. I did not attend the Mohegan Elite Cru this year, but did last year, and found it to offer a better selection of wines than the usual Boston Grand Cru lounge. But it would be a better value if the Elite Cru lasted longer than two hours. 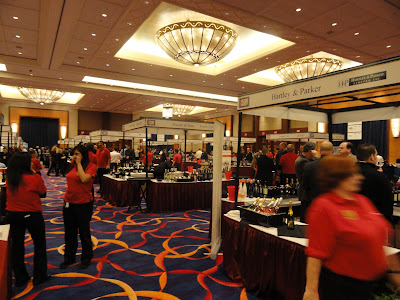 At the Boston event, about 98% of what is poured is wine, and though I would like more diversity in their selections, they do provide some more unusual and interesting wines, like those from Cyprus, Cape Verde and Slovenia. I still wish they would have some sake though. Their wine selection was more diverse than what I found at Mohegan, which really needs to step up their game in that regard. For example, there was almost no South African wine, and that is not really a rare wine region. They had a few sakes but nothing really exciting. Limited wine diversity might be the Mohegan Sun's largest flaw.

But, Mohegan offers more than just wine, providing samples of spirits (often in cocktails), beer, and hard cider. In fact, Mohegan dedicated an entire floor to rooms showcasing beer, hard cider and malt beverages (though no mead). The beer floor is also a bit louder and rowdier than the wine exhibit hall, maybe just the difference between wine lovers and beer lovers. I like this diversity, especially for a two-day event, as it provides a break from wine tasting, a chance to refresh your palate with different beverages. Both Grand Tasting events are equally crowded on Saturday, while Sundays are a bit less crowded. 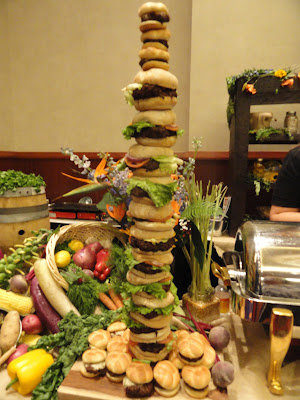 Both events provide food samples, as well as offer food that you can purchase yourself, generally from local restaurants. Both also have chef demonstrations throughout the event, with Boston generally hosting only local chefs while Mohegan presents both local and national chefs, such as Bobby Flay, Robert Irvine and Jacques Torres. The two events also both offer wine seminars, though Boston offers far more than Mohegan, which only offers three seminars each day.

Mohegan really shines though with some of the extra events it holds during the weekend, from the Friday evening Bourbon Tasting to the Sunday evening Bubbles & Bon Bons. These are more intimate events, far less crowded, and can offer much excellent food and drink. For example, at the Celebrity Chef Dine Around, you can watch the chefs preferring a signature dish, sample their offering and drink a wine that has been selected to pair with the food. In addition, there are two special events held during the Grand Tastings, including a Grape Stomp and Oyster Shucking Contest, and those are free to attend with the cost of your Grand Tasting ticket. That provides added value to their Grand Tasting event. 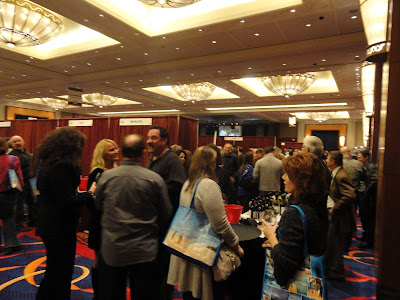 No event is ever perfect, and organizers should always do a post-event assessment to ascertain ways in which they can improve their event for the next year. Stagnation is the enemy of any annual event, especially if the event hopes to attract former attendees back to it. The crowds at both events show that wine & food events are still extremely popular, and that should attract additional wineries and restaurants to want to showcase their products at such events.

This week, you can look forward to a series of posts about my most interesting finds from the Mohegan Sun Wine Fest, from Pinot Noir to Scotch, from Hard Cider to Beer.

(Please be advised that I received a media pass and guest room for Saturday at the Mohegan Sun Wine Fest, while I won passes and a guest room for Sunday through a Twitter contest.)
Posted by Richard Auffrey at 4:00 AM

Keep in mind that when purchased early, Boston Wine Expo two-day tickets were only $125, $130 and $135 progressively. The $145 two-day ticket you mentioned was for people who purchased in the week before the event or walk ups on the day of the Expo. It will be the same for next year as well.