Nothing like a shot of Scotch or Tequila at 11am on a Saturday morning. Ok, I actually waited until later on in the afternoon, only because I wanted to do some wine tasting first. But the opportunity was there.

I like the fact that the Mohegan Sun Wine Fest Grand Tasting offers a selection of spirits and cocktails, and I got to taste some interesting selections, which I will share with you. If you attended this event, and found other good spirits or cocktails, free to add your thoughts to the Comments. 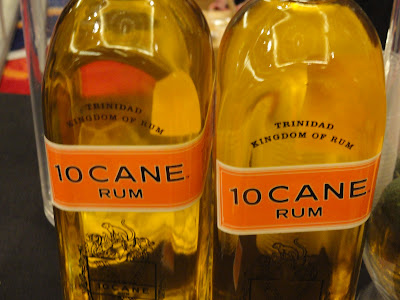 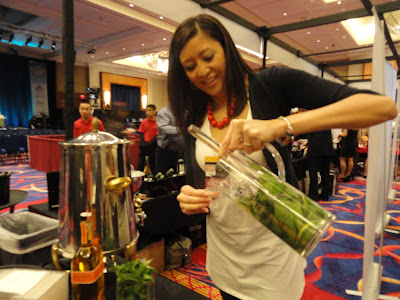 10 Cane Rum, crafted by the people at Moët Hennessy,  is produced on the Caribbean island of Trinidad. Its name is derived from two facts, that traditionally, sugar cane stalks are harvested in bundles of ten as well as that it requires ten sugar cane stalks to make one bottle of this rum. 10 Cane uses first press  juice and is aged for about one year in old French oak. Unfortunately, I did not get to taste any of the rum on its own as the pourer stated that could not be done.

Instead, the rum was used in a mojito, which was actually very tasty, one of the better mojitos I have tasted. Basically, the mojito recipe is 2 parts rum, 1 part lime juice, 1 part simple syrup, 1 1/3 parts club soda and 8-10 mint leaves. Though they make a much larger batch and you can see about 48-60 mint leaves in their glass pitcher. 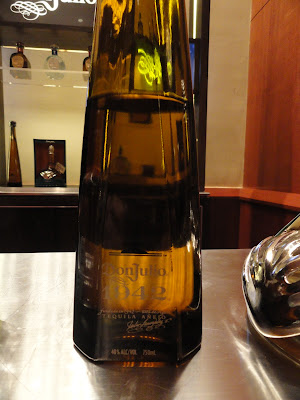 The folks from Don Julio Tequila were at the Expo, pouring samples of their full line-up, from the Blanco to the Don Julio Real, their most expensive tequila. My favorite of their portfolio is the Don Julio 1942, which I previously reviewed. They have changed the bottle for this tequila though, which previously was very tall and resembled an agave leaf. It still is a tall bottle, but is more angular and plain, not resembling a leaf any longer. But the tequila within the new bottle is still as delightful. 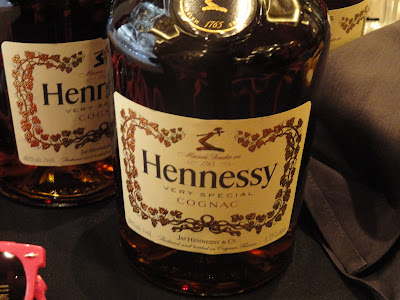 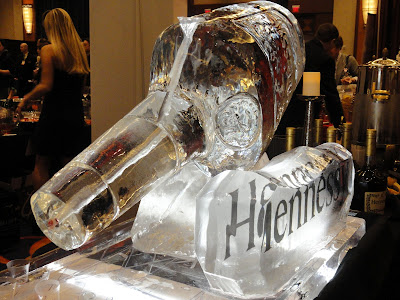 The ice luge was cool, and they were pouring a cocktail made from Hennessey Cognac and cranberry juice. The cocktail was nothing special but they get kudos for presentation. 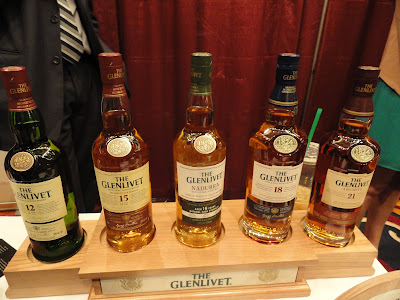 The well known Glenlivet Distillery, which was founded in 1823, may have the best selling malt whiskey in the U.S. They sell about 6 million bottles each year, and produce at least a dozen different bottlings, which includes a number of limited releases. Three of their products were being tasted at the Expo, including the 12 Year Old and 15 Year Old Single Malts. Each is good and different from the other, the 12 year old being a bit more smoky with honey notes while the 15 year old was more floral and spicy. But for me, the real winner was the Nàdurra.

Nàdurra, the Gaelic word for "natural," is meant to reflect some 19th century brewing practices. For example, it is not chill filtered, which Glenlivet claims gives "the mouth feel more body and a richer texture." There is some disagreement over whether chill filtering strips a whiskey of any flavor or not. The Nàdurra is a 16 Year Old, spending that time in first fill American oak barrels.  It is unfiltered and left at cask strength so it has an alcohol content of 54%. I found the Nàdurra to possess very intense flavors, a harmonious collection of spice, herbs, honey and much more. You really need to sit with a glass of this and sip it slowly, to better understand its nuances. My small taste probably did not do it justice, but I could see its potential. And though there is some heat from the alcohol, it is much more balanced than you might think. 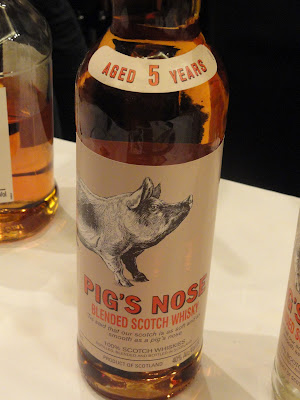 Frederick Wildman & Sons offered numerous wines to be tasted but also presented three spirits, a Mezcal and two Blended Scotches, the Sheep Dip and Pig's Nose by Spencerfield. The Sheep Dip is a blend of 16 different single malt Scotches, aged 8-20 years, and had a nice taste but it was a bit too harsh for my own preferences. The Pig's Nose was more my style, and received its name from a saying: "Tis said that our Scotch is as soft and as smooth as a Pig's Nose." And it certainly lives up to its name, presenting a silky smooth mouth feel that caresses your palate. It is a blend of oak-aged Speyside, Islay and Lowland malts with Invergordon gentle grain whiskies. Its flavors run the gamut from caramel to nuts, from dried fruits to subtle smoke notes. A very easy drinking blended Scotch, it is something to savor and enjoy.
Posted by Richard Auffrey at 3:55 AM