You'll find more than just wine at the Mohegan Sun Wine Fest, including an entire floor dedicated to beer, hard cider and malt beverages. Though I was slightly disappointed that I did not find any mead there. About 21 different producers, from Guinness to Brooklyn Brewery, showcased their products, and this was a very popular area. It was also louder, rowdier and more crowded than the wine tasting room, though it did not seem to get out of control.

I was most interested in tasting the hard ciders as I am generally not a beer guy. But, because all of that beer was there, I did give some a taste, just in case I might find even one that I might like. And in the end, that effort paid off as I found one beer which I liked, though I still will never be a major beer aficionado. But I continue to give them a try. 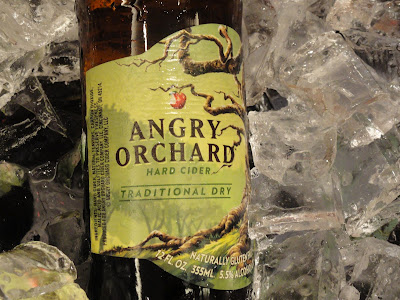 I was unaware that Samuel Adams also made a brand of hard ciders, Angry Orchard, so I was very curious to taste through their line-up. They currently produce three varieties: Crisp Apple, Traditional Dry and Apple Ginger. The Crisp Apple was crisp and clean with a prominent fresh apple taste and was not overly sweet. Though I liked it, I preferred the Traditional Dry, which is much more dry, has a bit of spice and the apple flavors were more restrained and subtle. It was very refreshing, the type of hard cider you can easily drink all afternoon on a nice summer day. The Apple Ginger has a strong ginger flavor, with a backbone of green apple, and is most likely to appeal to those who really enjoy the taste of ginger.

Samuel Smith Brewery is located in Tadcaster, North Yorkshire, England and is the oldest brewery in Yorkshire, having been founded in 1758. Though it produces a diverse range of beers, it also makes an Organic Cider, which uses organic apple concentrate. It is low in alcohol, about 5% ABV, and is effervescent, almost carbonated in its mouthfeel. Though noted as Medium Dry, it tastes fairly dry and the apple flavors are more restrained with a hint of a floral finish. It almost reminded me of a beer, but without the flavors in beer that I dislike. A very interesting hard cider and worth checking out. 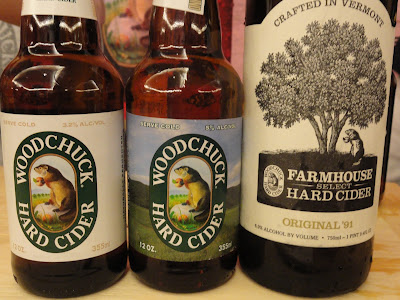 The folks at Woodchuck Hard Cider, which I have previously reviewed, showcased a few of their products too, and offered my favorite hard cider of the entire Expo. I first tried their Crisp, which is produced to have less sugar and alcohol, and it was dry and tart with some green apple flavors. A pleasant and refreshing drink. The limited release Spring, contains flavors of maple syrup and brown sugar, and that flavor combination just didn't appeal to me though a friend of mine enjoyed it. I have never been a big maple syrup fan so it was not surprising that this cider didn't appeal to me.

But, I was impressed with the Farmhouse Select Original '91, which is a small batch hard cider made with Vermont apples and Belgian beer yeast. The '91 simply reflects the year that Woodchuck started production, and does not indicate the year of brewing. It has an alcohol content of 6.9% and is unfiltered, so it looks a bit cloudy and there are tiny pieces of apple still in it. It is primarily dry with a fascinating and complex taste of apple and spice notes. It is absolutely delicious, well balanced, and once you have a glass, you will desire another. Some hard ciders are simple but tasty drinks while others attain for higher heights, to be something to slowly savor and enjoy. This Farmhouse Select reaches those heights.

Last Friday, I purchased a few bottles of the Farmhouse from Beacon Hill Wine & Gourmet in Melrose, about $10.50 for a 750ml corked bottle. I don't expect they will last long on the shelves so if you want any, buy it quickly. I have already consumed one of the bottles I bought, and don't know how much longer the others will last. 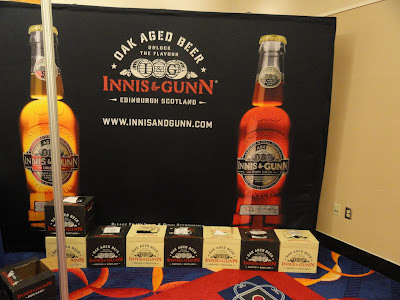 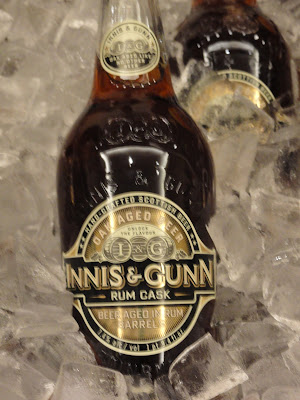 Out of the beers I tasted, only one stood out to me, only one which I enjoyed drinking, the Innis and Gunn Rum Cask. Innis and Gunn is a Scottish brewery, established in 2003, and they oak age their beers, something which originated by accident. While trying to create a Scotch whiskey with the flavor of ale, they would use beer to season the Bourbon barrels and the original thought was to discard the beer afterwards. But, they liked the taste of the beer, decided to keep it and started specifically aging their beer in this manner.

I was not a big fan of their Original, which is aged in Bourbon barrels, though I definitely could detect some Bourbon-like flavors in the beer. They also produce the limited edition Rum Cask, which is aged in old rum barrels. This beer has a deeper reddish color and the taste is compelling, a melange of tropical fruit and spice with a very mild beer flavor. It reminded me of the Caribbean, and I could see it also being food friendly. I later learned that this beer is a big seller at Beacon Hill Wine & Gourmet in Melrose.
Posted by Richard Auffrey at 3:55 AM

I will be optimistic and say that while you aren't a beer guy approaching them as a way to expand your palate and add to your sensory library that there is hope for you. ;)

You might also find it interesting that the drink of choice at the end of the day for many sommeliers, winemakers and people in the wine trade is beer. Being a fan ensures you can be a member of the club without all the otherwise required hazing.

I find beer as fascinating as wine (and cider or mead) but will readily acknowledge that one must enjoy the sensory presentation of malt and hops, and sometimes a lot of hops, to appreciate beer. If those aromas and flavors don't resonate then enjoyment won't be had and well, that's the point so it all makes sense in that case.