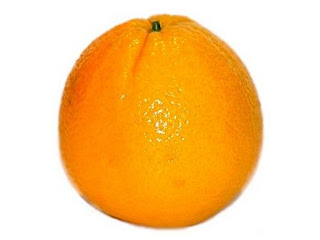 It is estimated that the deadly bacteria Escherichia coli (E. coli) and Salmonella cause over 500,000 human deaths worldwide each year. In addition, these bacteria cause millions of others to be sick, some which require hospitalization. Were you aware that orange peels could be used to prevent some of these illnesses and deaths?

Proper cooking can greatly decrease the chances of bacterial infection. Those who live in hot and humid regions, which are more conducive to the growth of dangerous bacteria, have developed another method of combating bacteria: the use of spices. Spices can possess antibacterial abilities, thus making food safer, and that is a significant reason why people from those hotter regions use for more spices than those from colder climates. The most potent antibacterial spices are garlic, onion, allspice and oregano. Thyme, cinnamon, tarragon and cumin are also powerful, with capsicums (such as chilies and other hot peppers) being fairly effective as well.

Though I was aware of the powers of spice, the uses of orange peels had previously eluded me until I picked up the latest issue of Scientific American (February 2012) and read the brief article Peeling Away Microbes.  The article states: "A cow's rumen has an incredibly thick population of microbes, somewhere between 10 billion and 100 billion microbes per milliliter of its fluid. Escherichia coli and Salmonella are two, but they are found in relatively low levels, maybe one out of 10 million cells." Most efforts to reduce these dangerous pathogens occur after the cow has been slaughtered, but that is certainly not 100% effective. So, if these pathogens could be reduced before the cow is killed, their meat would be even safer.

In Florida and California, where orange juice is produced, orange peels are usually waste products, sold off cheaply to dairies as cows will eat them. As an unintended benefit, this practice may actually be making some of our beef supply safer. The U.S. Department of Agriculture has been conducting research in the use of citrus byproducts in reducing dangerous pathogens in cows. Orange peels contains d-limonene, a naturally occurring compound with antimicrobial properties, and some studies indicate that these peels can reduce dangerous microbes up to ten fold. That would be a significant reduction.

ARS microbiologist Todd R. Callaway, who has been involved in this research, has said: "While foodborne pathogens are found in the gut of food animals, non-antibiotic methods to reduce such pathogens in the live animal are important to improving food safety."  Obviously, there are not enough orange peels to feed all of the cows in our country so researchers are trying to develop citrus pellets which can be distributed across the country. The research is very hopeful and it could save lives.

So the next time you enjoy an orange, show some respect to it as an instrument of food safety.
Posted by Richard Auffrey at 4:00 AM

It is a very informative post.......Online Food Safety Training