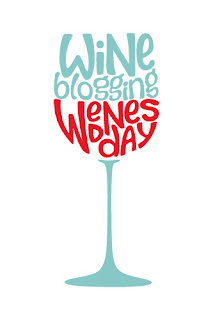 After a hiatus of nine months, Wine Blog Wednesday has returned!

I am especially glad to see it return as I was the host for the last one, WBW #69, and did not want to be seen as even partially responsible for killing off WBW. Only five people participated in WBW #69, and I fervently hope that many more people will participate in this new event.  It is a cool and fun event and worthy of participation by many wine bloggers.

Ryan and Gabriella, the fine people behind Catavino, are the hosts for WBW #70, and the theme is Spain. They asked the participants to "Seek out Spanish wines that you’ve never had before! Get creative! Hunt for unique styles such as a Sherry, Cava, Fondillon or Mistella; an unheard of region like Arribes, Txakoli de Alava or Extremadura; or a unique native grape like Prieto Picudo or Treixadura." Though that is probably an easy theme for many, I actually had some difficulty with it.

As I have long been a fan of Spanish wines, and love trying new and different wines, it has become more and more difficult for me at local wine stores to find something I have not tasted before. Though there are likely indigenous grapes from Spain I have not tried before, they are not readily available at local wine stores. So what was I to do? What wine could I choose for WBW that might conform to the guidelines? In the northwestern region of Galicia, you will find the D.O. of Valdeorras, established in 1977 and located on the banks of the Sil River.  The term "Valdeorras" translates as “Valley of Gold” and might have been the first wine producing region in Galicia.  Its history extends back to the time of the ancient Romans, who mined for gold in the nearby Las Médulas Hills, located in the Léon province.  The Romans planted grapes in the Valdeorras valley, to produce wine for their settlements in this region.

Godello is currently the primary grape in Valdeorras, though Mencia is starting to see a surge. I have enjoyed several Godellos from this region, but until now, I had not tasted one of their Mencias.  Mencia wines used to be rather light, simple and easy drinking wines but much more complex and exciting wines are now being made from the grape. It was once thought to be a clone of Cabernet Franc, but that was disproven by DNA testing, and it was found to be identical to the Jaen du Dão grape of Portugal.  I think Mencia wines often are delicious on their own, but also great for food pairings.

Bodegas Avanthia is a joint project, founded in 2006, between the Gil family of Jumilla, Bodegas Godeval and Jorge Ordoñez. The winery is located in the mountains next to El Barco de Valdeorras, the vineyards planted on the mountainsides and primarily with Godello and Mencia. Their two Mencia vineyards are located at about 1800 feet above sea level, and the soil is mainly decomposed black slate and quartz. Each vineyard has old vines, one 70 and the other 85 years old.

The 2007 Bodegas Avanthia Mencia ($60-$70) is produced from 100% Mencia, which was hand harvested and comes from both of the Mencia vineyards.  It underwent aging in new French oak for about fourteen months and was not filtered. It has an alcohol content of 13.5% and only 100 cases of this wine were produced. So because of this tiny productiuon, this might be a tough wine for you to find, but I highly recommend that you pick up a bottle if you can find it (and are willing to pay the high price).

The aroma of this wine immediately captivated me, a seductive nose of raspberry, blueberry, underlying spice and floral notes. The taste was lush and silky smooth, an appealing melange of rich fruit flavors, hints of minerality, spice notes and a lengthy and satisying finish. With plenty of complexity, a good structure and nice balance, this wine was ready for drinking now, but showed the potential to age well too.  It was a hedonistic wine in some ways, but without being over the top or a fruit bomb.  It was more quietly seductive, an alluring partner whose lips beckon to be tasted.  I was very impressed with the wine and believe it is worth its price tag.

I think the Avanthia is a lucky wine too, as I also won at poker.  So change your own karma and drink some Avanthia.

Thanks to Lenn for bringing back Wine Blog Wednesday, and thanks to Ryan & Gabriella for this new theme.  I'll be looking forward to WBW#71 next month as well.
Posted by Richard Auffrey at 3:00 AM

Is anything gained (or lost) when one employs a “vintage generalization” regarding a given wine region in a certain year? Maybe yes, maybe no. You make the call!Figure out the merits of palate “calibration” herein

Hey Foodie, We'll be drinking the less expensive
Bodegas Avanthia Tinto Cuvee Mosteiro Mencia Valdeorras 2010 from the same house
I respect the top cuvee but I have a little issue with the lavish use of oak. I'm a sucker for new oak in red wines but I find the less expensive cuvee has tons more varietal character, and with my jaded palate I love tasting unfamiliar varieties and their unique flavor profiles. We have a big Spanish tasting lined up for Saturday March 3 aqui en el quinto coño de Long Island.
Pura Vida,
Rich Mora