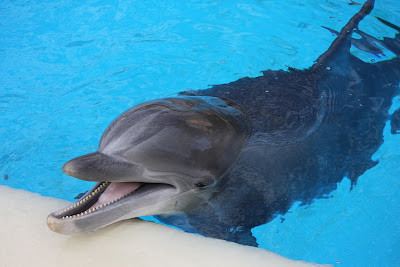 Marine mammals beware! If you are not careful, you might end up as the bycatch of some careless fishermen of the Northeast region.

The National Oceanic and Atmospheric Administration (NOAA) has released a lengthy U.S. National Bycatch Report, its first national report on bycatch, the incidental capture of marine mammals, sea turtles, seabirds and fish that are not kept. The report is based on data from 2005 and is only an estimate, as they did not possess complete data. If you peruse the report, you will get a complete picture of what data was available to them, and despite any shortcomings, it seems complete enough to make an educated estimate of the situation. But, we still need to note that the data was incomplete, and that the bycatch issue is likely to have improved to some degree since 2005.

The NOAA report concluded that about 17% of the fish commercially caught is bycatch, and that varies from region to region. For example, in the Northeast region, which includes New England, the figure is closer to 16.5% bycatch. Numerically, the Northeast landed about 1,006,370,000 pounds of fish and the bycatch constituted 165,888,000 pounds. Other organizations, including FAO and Ocean, previously estimated bycatch at 22%, so this report is more positive, though considering the margin of error the figures are not too disaparate.

What really stood out to me though was the high amount of bycatch of marine mammals and sea turtles in the Northeast region. The bycatch of marine mammals equalled 1,287, broken down by harbor porpoises (652), Atlantic white-sided dolphins (355), common dolphins (151), and long- and short-finned pilot whales (65). This total is over 1000 higher than any other region, which makes it very troubling. The amount of sea turtles was 1,062, also high and second only to the Southeast region. All of this bycatch was largely caused by the use of gill nets and otter trawls.

Fortunately, the report provides advice on how to help reduce bycatch, and that needs to be a significant concern of all fishermen, especially where marine mammals and sea turtles are concerned. Items such as "weak links" and "chain mats" will partially help reduce this bycatch. But one of the most important deterrents appears to be acoustic deterrent devices, also known as “pingers.”

In a 1997 experiment off the coast of New Hampshire, pingers seemed to reduce harbor porpoise bycatch interactions with gillnet gear by about 92%. The subsequent use of pingers by commercial fishermen then reduced actual bycatch of marine mammals from 1999-2001. But a lack of compliance in later years led to increased bycatch so efforts were done to increase the awareness of fishermen. Such awareness needs to continue to protect these majestic marine mammals. Bycatch, in general, needs to be decreased by all, but especially marine mammals and sea turtles.

Ping Flipper! Save Flipper!
Posted by Richard Auffrey at 4:01 AM