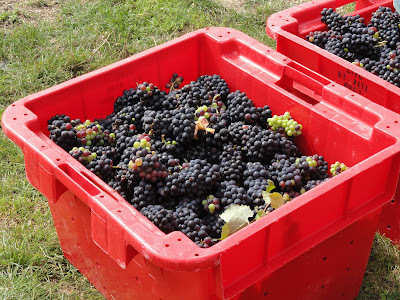 Moët & Chandon, Veuve Clicquot, Mumm, Laurent-Perrier, Piper-Heidsieck, Taittinger and Perrier-Joët. These are Champagne names with which you are probably most familiar and when you purchase a bottle, it is most likely you will choose one of these. That is not a surprise as these large Champagne Houses substantially dominate the U.S. market. But, there is a revolution slowly brewing, the emergence of new Champagnes, produced by Growers who own all of their own vineyards. Will you support that revolution and embrace these new Champagnes? Or will you remain true to the large Houses?

The approximately 261 Houses, also known as Negociant Manipulants (NM), may legally purchase as much of their grapes as they wish. Some of them own vineyards, but it is a small proportion.  In 2010, the Houses produced about 69% of all the Champagne, yet they owned only 12% of the vineyards. The rest of the vineyards, generally broken down into about 280,000 plots, are farmed by about 15,000 independent growers, most who do not produce Champagne. 10 large Houses account for 55% of all Champagne production and Moët & Chandon alone, the largest House, accounts for 13% of all production, about 24,000,000 bottles. Over 90% of the Champagne which is imported into the U.S. comes from these Houses. 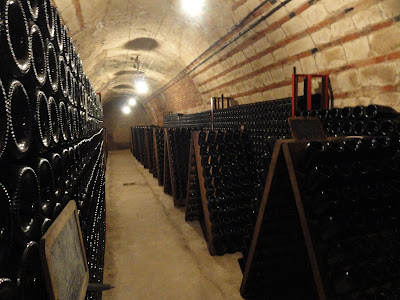 In contrast, Growers, also known as Recoitant-Manipulants (RM), must harvest their own grapes and are only allowed, in limited circumstances, to purchase up to 5% of their grapes. In 2010, Growers produced about 23% of all Champagne, an amount which has not varied much during the last ten years, but most of this Grower's Champagne remains in France. For example, only 3.7% of the Champagne imported to the U.S. is produced by Grower's. Thus, we see very little Grower Champagne here, about 1 out of every 25 bottles of Champagne, despite the fact so much more Grower's is produced in France. Outside of France, Italy imports the most Grower's Champagne, yet they still only import about 9%.

So why should you care about Grower Champagne?

In some respects, House Champagnes are a mass produced commodity, made into a specific House Style which is consistent year to year. Year to year, you basically know what they will taste like. To some, despite their great popularity, these House Champagnes lack soul and character. In addition, they can be quite expensive, and much of that added price is due only to marketing costs and not production costs. I am not a big fan of a number of these House Champagnes for those reasons. But, I find much to love with Grower Champagnes. 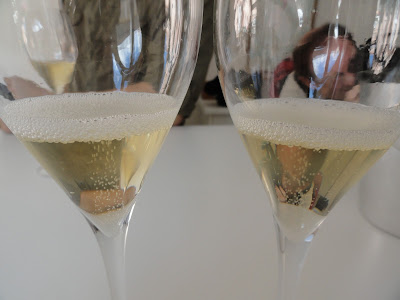 As a generalization, and acknowledging there are certainly exceptions, Grower Champagne can be seen as more artisan Champagne, more terroir driven, and not consistent from year to year. Growers generally have small vineyards, and are better able to express the terroir of their vineyards in their Champagne. They often use minimal intervention in their wine making practices, trying to be more natural. The Growers have a more intimate connection to their Champagne, and often produce sparkling wines of unique character. They are Champagnes which stir the soul, which show you the amazing diversity possible.

And one of the best aspects is that they are often much cheaper than House Champagnes because they lack huge marketing budgets which only serve to increase price. You might find a delicious Grower Champagne for $50 which would cost at least $100, if not more, if it were a House made Champagne. Do you really want to pay so much more just to support a Champagne's PR campaign? I would rather pay less, especially as I can get a Champagne of at least as good quality, if not better, than something at twice the cost.

Back in 1997, the U.S imported only 0.62% Grower Champagne, but that has changed with time and now the U.S. imports over six times that amount. Much of the credit for the growth probably lies with Terry Thiese, the famed wine importer, who has done much to raise awareness of Grower Champagne in the U.S. His portfolio includes numerous Grower Champagnes, some incredible and reasonably priced sparkling wines. The demand for these Champagnes should continue to grow once people learn more about them, and have the opportunity to taste. They stand poised to be the next big revolution in Champagne. 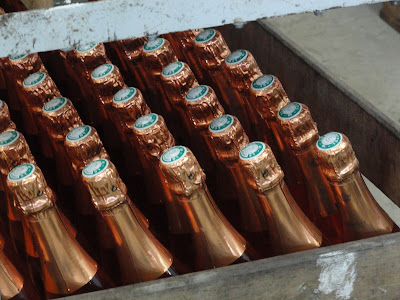 On my recent visit to Champagne, I visited three Growers, including Penet-Chardonnet, Pierre Gimmonet & Fils, and Collard Picard. They produced some of the best wines I tasted that trip, wines of character, reflective of terroir. In the near future, I will be discussing more details of these Growers, including some specific reviews. But even before the trip, I had tended more toward Grower Champagne and the trip only reinforced my prior beliefs. Yes, there are some excellent Champagnes being produced by Houses and Cooperatives, but don't ignore Growers. In fact, take some time to explore Grower Champagne and see why they are being eagerly sought by some wine lovers.

What are your thoughts on Grower Champagnes?
Posted by Richard Auffrey at 4:00 AM

Love the information here as always. Do you have sources in the Boston area where I could find some to try? I don't think I've ever strayed from the big houses and I certainly would like to see what is going on elsewhere.

Hi Jason:
Thanks, and you can probably find Grower's champagne in most good wine stores, like Wine Bottega, Ball Square Fine Wines and Urban Grape. On the bottle, look for initials "RM", usually located on the bottom of the front label. That indicates it is Grower's champagne.

Jason, if you are over our way, the nice folks at Vermont Wine Merchants distribute the Terry Thiese portfolio here, and have some other nice selections as well.

Great article, Richard! I'm a huge fan of grower Champagnes for all the reasons you mention. My store carries a number of growers from Terry Theise, but my favorites are Gaston Chiquet and Pierre Peters. On the final day of the Tour de France, we featured them on our tasting bar and sold a case of each.

I can't wait for the holidays when we can feature the growers yet again.

Awesome post, Richard! Thank you for highlighting the wonderful qualities of grower Champagne. If you are ever in Seattle, we would love to meet you and show you Fat Cork. We obviously love grower Champagne, because that is the only thing that we import and retail, but we also agree that the big houses do make some wonderful juice. Keep up the good work and Cheers!