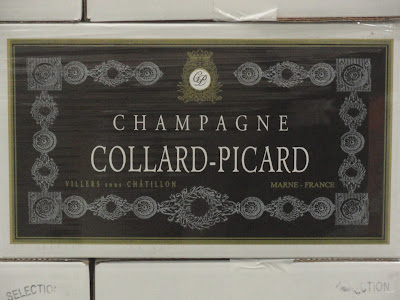 A fairy tale of love and Champagne.

With a wine making tradition extending back five generations, Collard-Picard, which produces Grower's Champagne, has a rich history. The current incarnation is also a tale of love, of the union of two wine producing families. In 1996, Olivier Collard, whose family was from the Marne Valley, and his wife Caroline Picard, whose family was from the Côtes des Blancs, together founded Collard-Picard, their joint Champagne endeavor. During my visit to the Champagne region, I had the pleasure to meet both Olivier and Caroline, to tour their winery and sample some of their sparkling wines. They made a sweet couple, and their obvious passion has resulted in excellent Champagne. 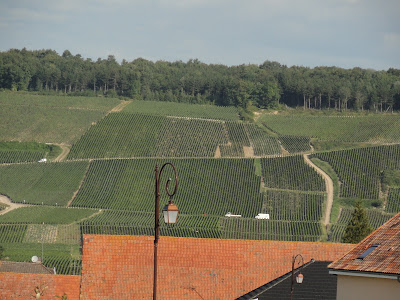 Their vineyards encompass approximately 15 hectares, in various sites, including Chardonnay Grand Cru from Côtes des Blancs, Pinot Meunier from the right hand side of the Vallée de la Marne and Pinot Noir from Vertus Premier Cru et Vallée de la Marne. Collard-Picard has been engaged in organic agriculture for about six years and is currently awaiting organic certification by Ecocert. Olivier's grandfather had been organic but when his father took over in 1973, he began to use chemicals, because that was what everyone else was doing and no one thought there were any problems with it. So Olivier is reversing that, returning to the organic agriculture of his grandfather. 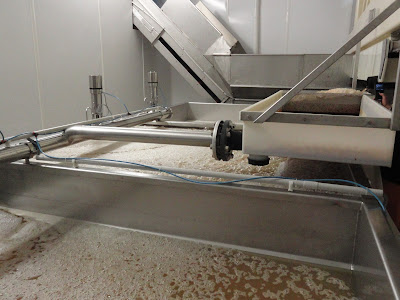 The winery itself is located in the village of Villers-sous-Châtillon, in the Marne, and they produce about 140,000 bottles annually, selling about 60% of their production in France. Asia is their main export market and the U.S. is currently only a small market, with a single importer on the West Coast. We need an East Coast importer now. Collard-Picard produces eight different champagnes, and each generation must create their own brand, almost like a rite of passage, to help differentiate the new generation. In addition, their Cuvees change in style each year, as they do not seek consistency from year to year.  The winery is best known for Champagnes which age well, and usually taste better with some maturity. Though you can drink their Champagnes when they are fresh and young, they will generally taste better after they mature longer. 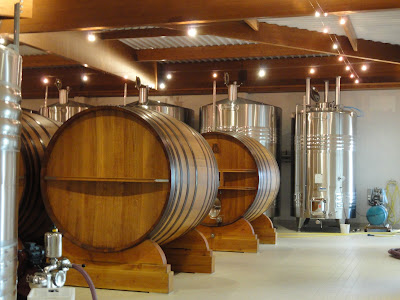 As for wine production, 99% of their production is conducted in stainless steel tanks and they have large wooden barrels for aging. where wines spend about a year as Olivier desires the oxygen exchange occurring within them. The wines though do not undergo malolactic fermentation because Olivier wants to preserve their acidity. In addition, he does not use sugar in his dosage, instead using grape concentrate, which he must purchase. Caroline designs the bottle labels, which seem to possess a feminine elegance and beauty. 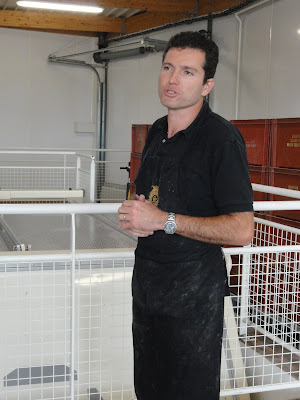 Olivier, pictured above, led us through a tasting of five Champagnes, including one made by his grandfather! The first two Champagnes were the Cuvee Prestige Brut (19 Euros) and Cuvee Prestige Dom Picard Grand Cru Blanc de Blancs (26 Euros). The first, which would be best with another 2-3 years of aging, was a pleasant sparkling wine with tastes of crisp green apple and hints of toast. The second had quite an alluring aroma, with more fruit on the palate, from green apple to melon, with mild floral notes. Plenty of acidity and a smooth, pleasing finish. 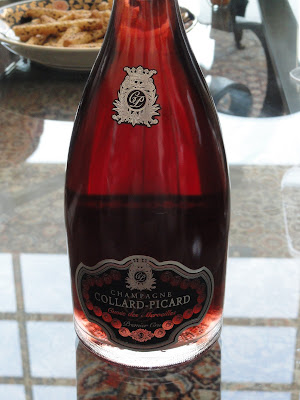 The NV Cuvee des Merveilles Premier Cru Rosé (25 Euros) was produced through the saignee method, and consists of mostly 2006 Premier Cru grapes, about 80% Pinot Noir and 20% Chardonnay. Olivier dislikes the blending method to make rosé as it feels it only gives the wine some color and that saignee is necessary to impart flavor to it. The wine undergoes about 48 hours of maceration at cold temperatures, and both grapes are fermented together. Olivier also dislikes rosé made from only Pinot Noir, preferring the extra aromas and flavors imparted by the addition of some Chardonnay. I was impressed with this wine, with its rich, dark pink color and delicious flavors of red fruits with hints of green apple. It was complex, elegant and refreshing. 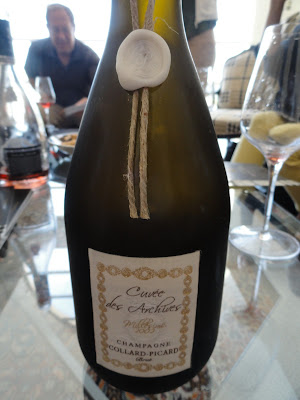 We then tasted what ended up being one of my favorite Champagnes of the entire trip, the 2002 Cuvee des Archives Brut (50 Euros). The story behind this wine was fascinating, starting with a fire in part of their house. While exploring the burnt section, Olivier stumbled upon an old notebook, written by his great, great, grandfather, one of the first growers to make his own Champagne. The notebook detailed his efforts and Olivier eventually decided to try to emulate what he read within the notebook. The grapes in this Champagne are from old vines, the Chardonnay having been planted in 1923 and the Pinot Noir in 1953.

The wine is unfiltered and spent 18 months in a large oak barrel on the lees. In addition, it was corked after bottling and then recorked after disgorgement, with a dosage of 8 g/l. This wine was produced only a single time, and there are no plans to repeat the production. The total production included 8000 bottles, 400 magnums, and 120 jeroboams. This was an amazing Champagne, with such a complex character and soul. It is a rich and concentrated wine, with plenty of acidity, some creaminess, and a melange of appealing flavors, including apples, toast, and spice. It evolved in my glass and I think it would undergo a delightful transformation over several hours. The wine is intended to be an excellent pairing with foie gras and meat. What a sublime Champagne, showcasing the best of Grower's Champagne and at a less expensive price than what you would have found with one of the major Houses. 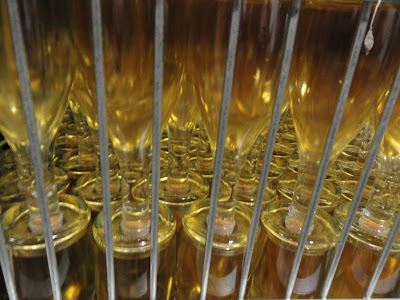 The final Champagne of the tasting was a very special treat, a 1964 Pinot Meunier Rosé that was made by Olivier's grandfather Rene. At the time, everyone claimed that a rosé made from 100% Pinot Meunier was impossible so Rene wanted to prove them wrong. This wine was made by the saignee method and did not undergo any malolactic fermentation. It had an almost amber color with a very funky aroma and taste, obviously partially oxidized. The taste was a combination of mild red fruit, ginger, marmalade, and exotic spices. What a wonderful opportunity to taste such a unique wine. It is proof that conventional wine wisdom may not always be correct, and that pioneers can produce some innovative wines.
Posted by Richard Auffrey at 4:00 AM

What a beautiful story and that gorgeous rose! My vicarious vacation...