Frog eyes should not be in your bubbly.
--Bruno Paillard 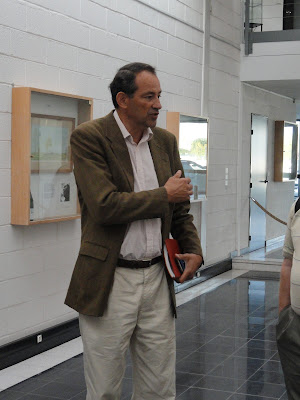 Bruno Paillard (pictured above) is outspoken, with strong opinions, and considers himself an artist of assemblage, a composer of fine Champagnes. Even if you disagree with some of his thoughts, you cannot deny his passion for bubbly. 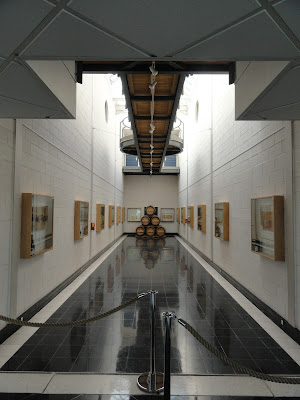 During my visit to the Champagne region, I stopped at Bruno Paillard, a small, family-owned Champagne House which was only founded in 1981. Despite its youth, it has gained an excellent reputation, a testament to the passion, knowledge, skill and drive of Bruno Paillard. The winery has a very modern look and unlike many other Champagne wineries, everything is located on a single level. Even their "cellar" is located on the same level as the fermentation tanks, which makes the facility look much larger than other ones because everything is spread out on a single level. The winery includes a small art gallery, containing original pictures created by numerous artists which ended up on the labels of Bruno's Champagnes. Bruno is very supportive of the arts, obviously feeling a kinship with these painters. 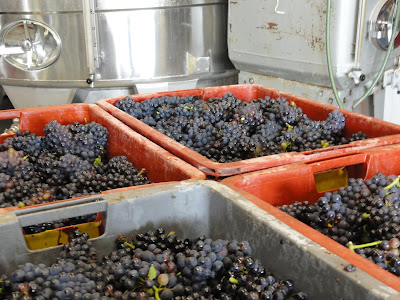 Bruno owns some vineyards, but they only constitute about 35% of his need. They must purchase the rest of their grapes and Bruno sees this as an advantage, because he then gains access to so many different plots and terroirs. This allows him much more versatility and diversity in his Champagne blends, like giving him a vast palette of colors to compose his masterpieces. The winery produces approximately 500,000 bottles annually and exports about 75% of that total. The United Kingdom is their top export market and the United States is currently only a small market. 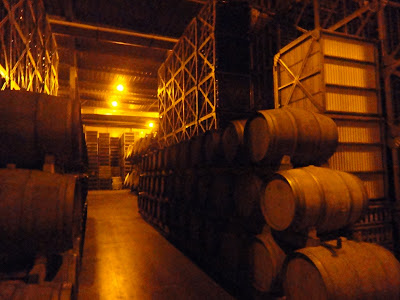 Their wine cellar, kept cool by technology, stores about two million bottles. The winery also has about 100 fermentation tanks, of various sizes, and 400 oak barrels, though none are new oak. These barrels allow micro-oxygenation for the wine, making them less susceptible to oxidation during the disgorgement process. 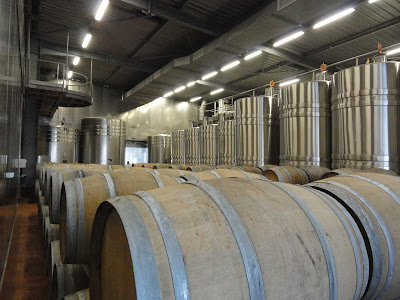 Bruno is generally disdainful of most Grower's Champagne as well as single vineyard Champagnes. To Bruno, the blend is the true heart of Champagne, and that assemblage is an artistic process. It is a composition, where different "colors" are used to create a greater "picture."  For him, a Champagne label refers more to a person than a place, as it is the person who retains the control over the blend. Thus, a blend is the best way to be loyal to your signature, to express your creativity. As most Champagnes are a blend, then maybe many other producers feel similar to Bruno.  Most Champagne Houses begin tasting the wines for their blends in January, but Bruno waits until March to begin, and continues tasting for three months. He also feels that few single vineyards are worth making Champagne except for Mailly Grand Cru. 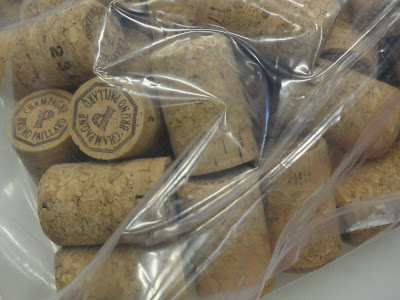 Their non-vintage Champagnes have a consistent style, year-to-year, but their vintage ones are not consistent, possessing a different style each year, and even the labels will change year-to-year. Bruno also does not like the term "non-vintage," as he believes it is meaningless. He prefers to use the term "multivintage," as it is more indicative of the actuality of the blend, usually a combination of grapes from several different vintages. Contrary to what some other Champagne producers said, Bruno believes the size of the bubbles in the wine are indicative of quality.  He stated that the bubbles should be tiny, almost invisible, and that big bubbles, also known as frog eyes, should not be in your bubbly. 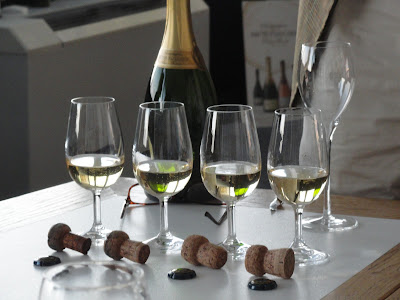 See how the four corks above are different, how the section in the neck gets thinner as you move right to left? That is due to post-disgorgement aging. Bruno though dislikes the word "disgorge" and prefers to say "operate," as he sees the process as more akin to delicate surgery. After this "operation," Bruno feels the wines need time to convalesce, to rest, and that time period varies, dependent on the specific wine. They will not release a wine until at least six months after disgorgement and older wines require a longer rest period. The disgorgement date is written on each bottle label, one of the few producers to provide that information on their labels. 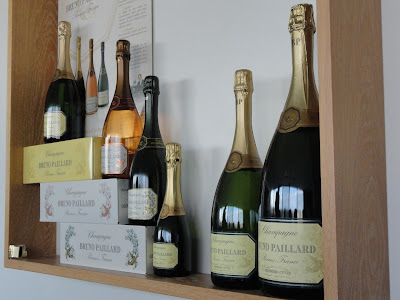 This rest period affects the taste of the Champagne, which was spoken about little elsewhere. To Bruno, a Champagne can go through five stages, dependent on the length of maturity after disgorgement. These include Stage 1-Age of Fruit, Stage 2-Age of Spice, Stage 3-Age of Flowers, Stage 4-Age of Candied Fruit, and Stage 5-Age of Toasted Bread. To demonstrate this, Bruno let us taste several wines, with maturity periods ranging from eight months to ten years. The corks, two photos above, were from those wines, showing how the cork thinned out with age. There were definite differences in the flavor profiles, and they seemed to follow Bruno's Stages. 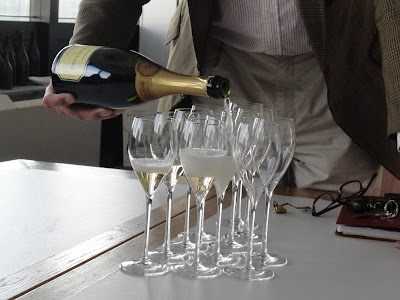 Bruno is one of the main producers of Rosé Champagne and his Rosé Première Cuvée ($60-$70) was a stand out to me. Produced from 85% Pinot Noir and 15% Chardonnay, it had a light pink color and was fresh and lively on my palate, with an intriguing mix of red fruits (strawberry and raspberry), a bit of citrus, and mild herbal notes. It also possessed a mild creaminess and an overall elegant structure. Delightfully refreshing, it would be an excellent food wine.

And it didn't have frog eyes.
Posted by Richard Auffrey at 4:00 AM