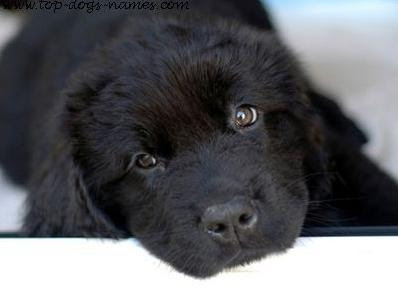 PETA launched a campaign of intimidation, directed at wine bloggers, calling for a boycott of WBW #69. Or at least that is one theory for the dismally low participation this month. I am very disappointed that only 5 people submitted posts. What happened to everyone else?

Is it time for Wine Blogging Wednesday to sign off? Has it been replaced by matters like Twitter Taste Live events? Or was it merely that I chose an unappealing theme? Inquiring minds want to know.

But on to this month's theme itself, Animal Cruelty, where partipating bloggers had to drink a wine made primarily from Mourvedre, which is also known by other names such as Monastrell and Mataro. And in southern France, it is sometimes known as Estrangle-Chien, the "dog strangler,” and hence the title of this month's theme.

Jim at VINEgeek has been passionate about this grape all year with his Mourvedre Monday series. Each week he has been reviewing a different Mourvèdre-based wine, and did it this week on Wednesday rather than Monday so he could participate in WBW#69. Jim reviewed the 2007 Anglim Winery Mourvedre, Hastings Ranch Vineyard, a wine I tasted in Paso Robles and recently reviewed. Jim really seemed to enjoy this wine, as I had, and I especially enjoyed his "Free Association" photo that accompanied his review. Check out Jim's review, and also his Mourvedre Monday series for many more reviews of wines made from this interesting grape. Plus, all of his reviews seem to have intriguing Free Association pictures.

Michael of Undertaking Wine was a virgin to Mourvedre, but excited to finally try it. He generally drinks only Long Island wines but WBW gave him an excuse to venture off the island. He was ambitious and actually reviewed two wines! The first was the 2007 Wrongo Dongo and the second was the 2007 Juan Gil, both from Jumilla, Spain. Michael loved both wines, though preferring the Juan Gil. You have to check out his review though for Neville's reaction (his dog) to the two wines.

VA Wine Diva & Grape Envy Guy of Swirl, Sip, Snark primarily drink local Virginia wines (a region of which I have very little experience). So it is not a surprise that they chose a local wine for WBW, the 2007 Veramar Vineyard Mourvedre. They don't have much familiarity with the grape, but they enjoyed the wine, loving its complexity. Their description of the wine intrigued me and it sounds like a wine that I might enjoy.

Gwendolyn of Wine Predator was excited about WBW#69 as Mourvedre is possibly her favorite varietal. She chose the 2005 Hard Core, a blend with 60% Mourvedre, and also gives some info on the 2006 Hard Core (which is not predominantly Mourvedre. Gwendolyn loved the 2005 and her description certainly sounds very appealing. I have previously tasted the 2004 Hard Core, also not predominantly Mourvedre, and enjoyed it very much though I think I would prefer the 2005, with its more Mourvedre.

Lastly, I reviewed the 2009 Yellow+Blue Rosé, an organic Spanish wine made from 65% Monastrell and 35% Syrah. It was delicious and refreshing, as well as environmentall friendly because it comes packaged in a one-liter Tetra Pak.

All in all, the participants very much enjoyed the wines they reviewed and I think they will all continue seeking Mourvedre wines. If you have not tasted this grape before, I strongly recommend you seek it out.

Thanks very much to all of the participants!
Posted by Richard Auffrey at 3:35 PM

I had sent you the following e-mail last Wednesday, but I guess you didn't receive it. So, there's at least one more of us out here. I'm a newcomer to WBW but it doesn't seem to have a whole lot of participants at the moment, does it?

Here's a link to my attempt at this month's theme.

Thanks for organizing the month.

Hi Bob:
I never received the email but thanks very much for posting the link to your WBW post. You get kudos for reviewing two wines, as well as providing some nice background on the grape. An excellent post!