TasteCamp East 2010 is over yet I am sure we will be talking about it for some time to come. This was the second TasteCamp, the first having been held last year on Long Island. This year, we explored the Finger Lakes region of New York and the crowd of wine bloggers and their significant others was a bit larger, around 35 or so people. That was still a very manageable number.

Like last year's event, it was another fun weekend, filled with some excellent wine and food as well as great people and conversation. Plus, it was informative and educational. Lenn and Evan of the New York Cork Report were the primary organizers, though they had assistance from a number of people, and deserve recognition for putting together a well-run and exciting event. I think this year's TasteCamp ran smoother than last year.

I cannot forget to give special thanks go to all the wineries, wine makers, winery owners and others in the Finger Lakes region who showed such great hospitality to all of us. We were warmly greeted everywhere, made to feel welcome, and treated with respect.

It was also a pleasure to meet the other wine bloggers who attended, some who I met last year, and others who I met for the first time. We shared much wine and food, plenty of stimulating discussions and lots of laughter. They are good people, and they made TasteCamp even more enjoyable. I hope to see some of them again next month at the Wine Blogger's Conference. 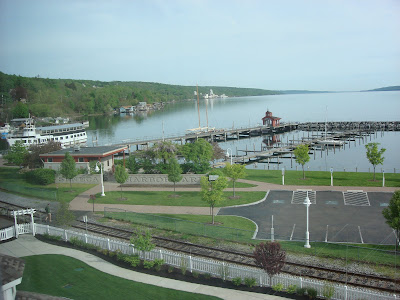 I left for TasteCamp at 1am early Friday morning, to avoid traffic and to get there at a reasonable time. It is about a 6 1/2 hour ride, plus I figured on stopping for breakfast somewhere on route. It is a fairly direct and easy route, and if you wanted to vacation in the area it would not be difficult to get there.

I stayed at the Watkin's Glen Harbor Hotel, and above you can see the view from my hotel room. It was a very nice hotel, and the rooms were roomy and comfortable. It seems to be one of the better hotels in that area, within easy walking distance of downtown Watkins Glen. It is also a good location for exploring both sides of Seneca Lake. The weather was also very interesting over the weekend, from 70 and sunny on Friday to snow flurries on Sunday. 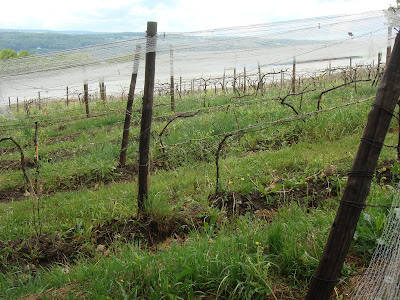 So, based on my experiences during TasteCamp, what are my general thoughts about Finger Lake wines, the region and their wine industry?

I should preface my comments, noting that I had tasted maybe 40 or so Finger Lakes wines prior to visiting the region. I encountered a number of them at previous Boston Wine Expos and also participated in some Twitter Taste Live events that involved wines from the Finger Lakes. This prior experience gave me a generally positive view of the wines from that region so I was curious whether my new experiences would conform to my old ones or not.

Plus, I wanted to know how the Finger Lakes stacked up against Long Island. Were these two New York wine regions similar, or were there significant differences between the two? I expected the answer to be in the middle, with both similarities and differences. And I eventually found my expectations to be accurate.

First, a similarity. Like Long Island, the Finger Lake wineries are producing some excellent wines, both reds and whites, including some very impressive wines. The region also contains a nice diversity of wineries, wine makers, philosophies and styles. It is definitely an area that deserves exploration by wine lovers.

Second, a difference. For the most part, the Long Island wineries are close together and it is very easy to visit them within a short time period. But, with the Finger Lakes wineries, they are spread out across a few different lakes so there is more travel time involved in checking out the wineries. That just means you need to devote a bit more time to visiting the region than you might Long Island. But, as the area is beautiful, and there are many other activities available to do, you can easily fill that extra time.

Third, another similarity. Like many Long Island wineries, those of the Finger Lakes often embrace more of an Old World style than they do a California style. Alcohol contents are rarely above 14%, and often are closer to 12-13%. As I generally prefer Old World style wines, this really pleased me. 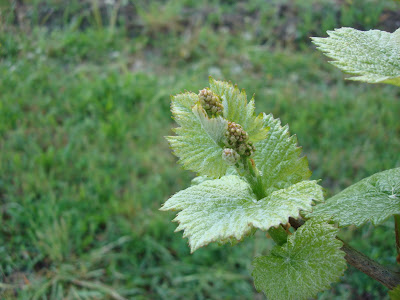 Fourth, a similarity and difference. As much of Long Island appears to have embraced Merlot as their signature grape, so does the Finger Lakes have their own signature grape, though it is Riesling. It almost seemed like every winery felt obligated to make some Riesling, and I definitely had a Riesling tasting overload. As I have said before, I think wineries should move beyond a single grape, and try to produce a nice variety, experimenting with many grapes to see how they all do in the region.

Fifth, another difference. In Long Island, I found some good value wines but also felt there was a significant number of higher priced wines that were just not worth the price. In the Finger Lakes, I felt the pricing in general was more reasonable. Yes, I found some wines that I felt were overpriced, but not to the extent I found in Long Island. And I think there were many more value wines in the Finger Lakes than in Long Island.

Sixth, a similarity. The food seemed equally as good in both wine regions, and I was glad to see a reliance on local and sustainable foods in several of the restaurants. But, I would have liked to see more farm stands in the Finger Lakes region. Though maybe it was just too early in the season for them. When traveling from winery to winery, there often were few places you could stop in between and it would have been nice to have a few farmstands or farmers' markets to visit. 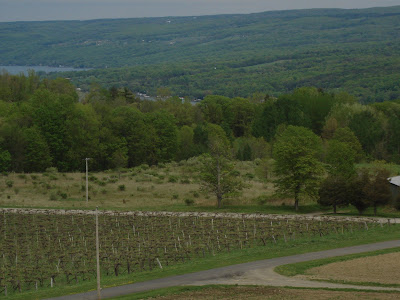 As for the Finger Lakes specifically, what stood out to me?

Despite all the attention given to Riesling and other white grapes, the region is making some killer reds too. From exceptional Pinot Noir to more unique grapes like Sereksiya, it was probably the reds that most impressed me. Yes, I enjoyed plenty of delicious white wines, but finding such high quality reds, and often for a reasonable price, really thrilled me. Though the best reds seem to be made by small, passionate producers who work very hard at handcrafting high quality wines. It takes much time and effort to produce a great wine.

There was an interesting dichotomy between wine makers who did a lot of manipulation to their wines in the winery, and those who adopted a more hands off approach. Some of the wine makers freely admitted to all sorts of winery techniques for crafting exactly the type of wine they desired. Other were more willing to allow the grape to speak for itself, to nurture the grape rather than make it conform to their desires.

My favorite event of the weekend was the tour and tasting at Heart & Hand Wine Company and my least favorite thing was that we were unable to arrange a poker tournament. Hopefully next year we will be able to do so. It might also have been good to have less Rieslings because after awhile, they started to all blur together.

Though I once had disdain for Cabernet Franc, I have had to change my mind as I have found too many wines made from this grape which I have enjoyed. At TasteCamp, I actually tasted several delicious Cabernet Franc wines from the Finger Lakes. But, I also acquired a new vinous nemesis, the Noiret grape. This is a hybrid grape, officially released in 2006, which has a prominent green pepper flavor (which I dislike). The green pepper seems to be an integral aspect of the grape so I am doubtful I will find any wines made from this grape that I will ever enjoy.

In the near future, I will go into more details about the wineries we visited, the wines we tasted and the food we ate. Plus, you can go to the TasteCamp website and check out the posts from all of the other attendees.

I had a great time in the Finger Lakes and recommend it to all wine lovers as a vacation spot.
Posted by Richard Auffrey at 6:00 AM

Finger Lakes to me (as a Canadian) is, like our Niagara, all about cool climate - so no wonder you get lots of reisling. I love our drier style in niagara (ie, the opposite of german, also cool climate). in my limited NY wine experience, many of the finger lakes producers are still doing too germanic off-dry reislings. they should get over it & go dry. "Uncork New York" put on a big & fun roadshow in toronto last year & showcased both LI & finger lakes. LI is a noticeably warmer climate, and frankly i thought their merlots were first rate in a New World way (alas with prices to match).
I thought finger lakes was better with the cool stuff like riesling (tho generally still a bit sweet for my palate) and cab franc. Loved to read that you "discovered" good cab franc: that's an early-ripening variety that can work very well in cool niagara too. it's a key bordeaux grape, an important part of some of the most expensive wines in the world, but it don't get the respect it deserves. so glad to hear you liked what finger lakes is doing with it: i totally understand.

(it's still a hard sell here in canada, even tho our producers can do a good job...)