The Origins of Port: Part 2 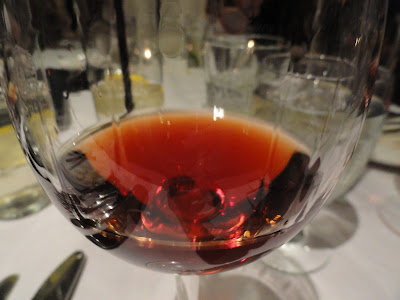 "Port is deep-sea deep. It is in its flavour deep; mark the difference. It is like a classic tragedy, organic in conception. An ancient Hermitage has the light of the antique; the merit that it can grow to an extreme old age; a merit. Neither of Hermitage nor of Hock can you say that it is the blood of those long years, retaining the strength of youth with the wisdom of age. To Port for that! Port is our noblest legacy!"
--George Meredith in The Egoist

--The Moors to the Reconquest

When the Moors invaded Spain in 711 AD, they eventually made their way into Portugal, reaching the Douro by 716 AD. Yet, like the Romans before them, the Moors preferred to remain largely in the southern regions, maintaining only a few castles in the north. Despite the Koran’s prohibition against alcohol, the Moors continued to grow grapes and make wine. Though wine sales were technically illegal, it was still subject to an excise tax. Some wine was produced to distill alcohol for medicinal purposes but other wine was either sold or traded to Christians and Jews.

It is also evident, especially through their poetry, that some Muslims enjoyed drinking wine, despite the religious proscription. Numerous Muslims found creative ways to interpret the Koran’s words on wine, providing some justification for their wine drinking. Arabic wine poetry, called khamriyyah, originated in the 6th century but started to become more prominent in the 9th century. From the 9th through 11th centuries, wine parties became an honored tradition, very popular especially for the elite, the courtiers close to the Caliph. These parties were the origin and subject of many wine poems. It seems logical to conclude that the rulers were fully aware of these wine parties, yet apparently did nothing to impede them.

The Christians were eventually able to retake Portugal from the Moors much quicker than they did in Spain. The Christians started the reconquest in the north, taking back Oporto by 868 AD and Coimbra by 1064 AD, and establishing their own kingdoms in the north. It was during this time period that the seeds of modern Portugal were sown.

In 1093, a French adventurer, Count Henry of Burgundy married Teresa, the illegitimate daughter of King Alfonso VI of Castile and Leon. As part of the dowry, Alfonso VI gave Henry the County of Portugal, the region between the Minho and Douro rivers. Henry was an ardent wine lover but he was not satisfied with the existing wines of Portugal, which he found to be much too thin for his tastes. So it is alleged that he brought Pinot Noir grapes, which were later renamed Tinta Francisca, to Portugal. Unfortunately, there is no scientific evidence that supports Tinta Francisca being related to Pinot Noir so this is probably merely a legend. The dissatisfaction with thin wines from Portugal though would arise again and again, eventually fueling the creation of Port.

When Henry died in 1112, his five-year old son Afonso Henriques was his heir, but due to his age, Henry's wife, Countess Teresa, governed as regent. It is during this period that the Order of Cistercians, Christian monks, established some of the first quintas in the Douro, including Quinta da Folgosa, Paco de Monsul and Quinta do Mosteiro. The Cistercians, also known as the White Monks, emphasized a life of manual labor and self-sufficiency so agricultural pursuits were very common. The primary purpose of the quintas was to supply local monasteries, though it is possible some of it was sold too.

Family drama and intrigue developed when Teresa remarried a Galician count, which angered some Portuguese lords, worried about strengthening bonds to Galicia. They did not want to be swallowed up by Galicia and it eventually, in 1120, led to some of those lords, including the Archbishop of Braga, to revolt against Teresa. Surprisingly, the young Afonso supported the rebels against his mother but the rebellion was unsuccessful. A number of those lords, including the Archbishop and Afonso, were then exiled, leaving Teresa in greater control.

Maybe she should have executed Afonso because he did not surrender his opposition to her rule. Two years later, when he was only 14 years old, Afonso started another war against his mother, hoping to reclaim his birthright. The battles raged on for several years until 1128, when during the Battle of São Mamede, Afonso finally defeated Teresa's forces. He then exiled her and became the Duke of Portugal. In April 1129, Afonso, later nicknamed the "Conqueror," was proclaimed as the Prince of Portugal, the leader of the County.

Afonso must have acquired a taste for war as he now turned his ambitions against the Moors occupying Portugal. In 1139 A.D., Afonso engaged a large force of Moors in the Battle of Ourique and won decisively. In the town of Lamego, Afonso's men declared him to be King and he proclaimed Portucale to be a separate kingdom, no longer connected to Leon-Castile. Obviously, King Alfonso VII was not pleased with Afonso's proclamation and four years of bitter conflict ensured. But, eventually Alfonso VII and Afonso reached an agreement and signed the Treaty of Zamora, which granted recognition to Portucale as a separate, independent kingdom.

Afonso Henriques, continuing to live up to his designation as "Conqueror," did not stop there and captured even more land from the Moors, reconquering Lisbon in 1147, and retaking Evora in 1166 and the Algarve in 1249. With the conquest of the Algarve, the Moors were effectively removed from Portugal. In comparison, Spain would not be able to oust the Moors until 1492 AD. Afonso had succeeded in his plans, now possessing control over all of the Portugal, ruling as its first King. Around 1179, Pope Alexander III finally recognized the new kingdom of Portugal.

Britain, which would become so important to the development of Port wine, may have first started importing wines from Portugal as early as the 13th century, and those wines were likely white wines, possibly vinho verde. During this time, trade between Britain and Portugal became common and it eventually led in 1353 AD to a formal, commercial treaty between Lisbon, Oporto and King Edward III.

Within twenty years, ties between Portugal and England became even more solid. With the invasion of Portugal by Castile, and the Hundred Years War raging between England and France, the two nations had incentive to form a closer alliance. They then signed the Treaty of Windsor in 1373 AD, which is now the oldest diplomatic alliance which is still in force. This treaty has been reinforced multiple times through the centuries, the first time in 1386 AD with the marriage of King John I of Portugal to Philippa of Lancaster.

It was also during this century that England started trading a significant amount of fish, especially cod, for Portuguese wine. Cod, known in Portugal as bacalhau, was an important staple so Portugal became the primary market for England's fish. Bacalhau was even nicknamed fiel amigo, "faithful friend." Many of the Portuguese wines that were being traded to England were now red, but still very light, even though England preferred heavier wines.

In the latter part of the 16th century, a wine production center was established in Portugal at the port city of Viana do Castelo, with the objective of concentrating on the production of red wine for export to Britain. Soon after, Britain established a consulate there to protect their mercantile interests. In order to promote these Viana wines, British merchants even made the rather outrageous claim that the wines were prophylactic against the plague. Though they were certainly not the first or last to make such outrageous claims about the health benefits of wine and other alcohols. The only problem with the wines of Viana is that they did not travel well so the British begin to seek elsewhere, eventually finding the wines of the Douro.