The Origins of Port: Part 3 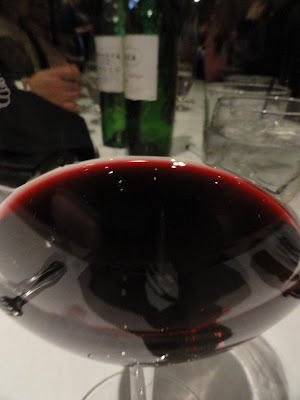 "Port is not for the very young, the vain and the active. It is the comfort of age and the companion of the scholar and the philosopher."
--Evelyn Waugh

As relations between England and Portugal grew even closer, England began to acquire significant concessions from Portugal to help maintain good trade relations. This created an imbalance of power, allowing England to dictate many terms to Portugal. As an example, the Commonwealth Treaty, which was established in 1654 AD gave English merchants greater power in the the city of Oporto than even the native Portuguese. For one thing, the treaty stated that no Englishman in Portugal could be tried by a Portuguese court, effectively placing them outside of the law.

It is also during this century that some of the oldest Port houses were established, mainly by Englishmen. It is fascinating though that the earliest Port house was founded by a German and not an Englishman. In 1638 AD, Christiano Kopke of Germany formed CN Kopke & Ca Lda. It would not be until over thirty years later, in 1670 AD, that the Englishmen William Burgoyne and John Jackson founded Burgoyne & Jackson, which later would become known as Warre's. In 1678 AD, Mr. Croft from Yorkshire founded Phayre & Bradley (the name of its partners), later to be known simply as Croft.

During the final quarter of the 17th century, Port first started to become a fortified wine, similar to what we now know it to be. It is alleged that in 1678 AD, at a monastery in Lamego, a village in the Douro, monks first began adding brandy to their wine. This brandy helped to stabilize and protect the wine during shipping and was sometimes known then as "priest-Port." This should not surprise anyone as monks have made huge contributions to the creation of some of the world's best wines, from Bordeaux to Champagne.

The location of Lamego is also significant as that was where Afonso Harique's men first declared him to be King and he proclaimed Portucale to be a separate kingdom. Though some Douro wines would now start being fortified, it would still take a number of years before it became the norm. In addition, England still currently preferred French wines over Portuguese wines, though that would soon change.

In 1678 AD, England, despite its close ties to Portugal, was only importing about 108,000 gallons of Portuguese wine, compared to over 3.7 million gallons of French wine. That imbalance would drastically change during the next few years. Starting in 1679 AD, because of years of constant conflict between England and France, England decided to ban the import of French wines. This was partially in retribution for an earlier French policy that that had effectively closed French markets to English cloth. Bad news for France, as well as French wine lovers in England, but it would be great news for Portugal.

The initial ban of French wine remained in effect until 1683 AD and was then reinstated from 1689-93 AD. As a substitute for those French wines, England looked toward Portugal for replacement wines. So, in 1679 AD, England imported about 252,000 gallons of wine from Portugal, more than twice the amount of imports from the prior year. From 1682-85, total imports of Portuguese wines were over 3.5 million gallons, a huge increase. Even when the ban was lifted once again in 1693, a heavy tariff was still placed upon French wines, giving a significant advantage to Portuguese wines. It also helped that England was now acquiring Port, heavier red wines which met English tastes, and which they sometimes referred to as "blackstrap."

Thus, as the 18th century began, Port was becoming extremely popular in England and it would be a golden century for Port. The Methuen Treaty of 1703 between England and Portugal, a commercial and military treaty, helped to spur on the demand for Port. The treaty was signed during the War of the Spanish Succession, when England, Portugal and other countries united against a possible unification between Spain and France under the rule of a French king. The treaty lowered tariffs on Portuguese wine, as well as English textiles, mainly wool, and made it much easier for the English to acquire Portuguese wine while England was at war with France. But even when hostilities ceased, the treaty continued to provide those same low tariff benefits, making Portuguese wines more enticing.

The English power over the Port trade continued, and they used this power to control prices. In 1727 AD, English merchants formed a trade association and constructed the Factory House, also known as the British Association House, in Oporto. This was not an actual factory but a private gentlemen's club, where the merchants would meet to discuss how to control the wine trade. As one extreme example, it was said that some Portuguese growers, in an attempt to obtain good prices, had to prostitute their daughters to the English shippers.

During the period of 1717-1777 AD, Portugal shipped about 10-12,000 barrels of wine to England each year, constituting about 2/3 of all the wine imported by England. Spain was another significant supplier, constituting almost 25%. England only imported about 4% of their wine from France. So it is easy to see how much Portuguese wine was consumed in England, especially Port.

It became a sign of manliness of how many bottles of Port you could drink in one sitting, or during a day. It was a sign of pride to be a "three-bottle man," able to consume three bottles of Port at one time. There were even a smaller number of "six-bottle men." At an extreme, the classical scholar Dr. John Porter was said to drink thirteen bottles of Port every day. We should note though that port bottles were smaller then, had less alcohol, and usually plenty of sediment at the bottom of each bottle. As for alcohol levels, in the early 1700s, only about 3% brandy was added to Port though that percentage increased over time so that by 1820 AD, it had risen to about 22%.

Obviously Portugal was displeased with the power imbalance and would eventually find a way to wrest control back from England. Those changes had their origins in 1750 AD, when Sebastião José de Carvalho e Melo, the Marques de Pombal, returned to Portugal after having spent time as the Portuguese ambassador to London. Upon his return, Portugal King José I rewarded Pombal for all his good work, making him Minster of the Kingdom, essentially a Prime Minister. Pombal's position gave him much power, and used it for the benefit of the country in many ways, from abolishing slavery to significant economic reforms. In addition, he helped to bring about major changes in the wine industry. Obviously, not everything he did was welcomed or considered positive, but his impact cannot be ignored.

Because England wanted so much Port, the producers found themselves unable to meet the demand. Thus, some unscrupulous producers began to adulterate their wines, creating false Port, to meet the demand. Elderberry juice was a common additive. The English were smart enough to realize they were being scammed and there was much tension. Pombal knew that he had to remedy this problem and to do so, in 1756 AD, he formed the Companhia Geral da Agricultura e Vinhos do Alto Douro ("General Company of Agriculture of the Wines of the Upper Douro"), which was more commonly known as the Douro Wine Company.

The purpose of this company was to regulate the Port industry, to guarantee the quality of the wine, as well as to wrest control of the industry out of the hands of the English. The company also established the geographical boundaries for the Douro region, making it the third oldest protected wine region in the world after the Tokaj-Hegyalja region in Hungary and Chianti in Italy. But, it may be the first actual wine appellation, as unlike the other two regions, the Douro was also subject to government rules and regulations.

The regulations touched on many different aspects. For example, it helped delineate which areas could not produce grapes, generally those lands which were needed to grow corn, a vital food crop. The rules prohibited the addition of elderberry juice, or other adulterants, to Port and even required that all elderberry plants had to be destroyed in the Douro. Vineyards were divided into two main types: vinhos do ramo and vinhos da feitoria. Vinhos do ramo means "branch wine" and refers to the tradition of identifying taverns by seeing a branch hung outside of them. These are wines primarily intended for domestic consumption. The vinhos da feitoria were the higher quality wines, those destined for export, mainly to England.

All of the company's regulations helped to give Portugal back most of the control of the wine industry, which angered England yet there was not much they could do about it. They still possessed a great desire for Port so they dealt with the situation as best as they could.