The Origins of Port: Part 4 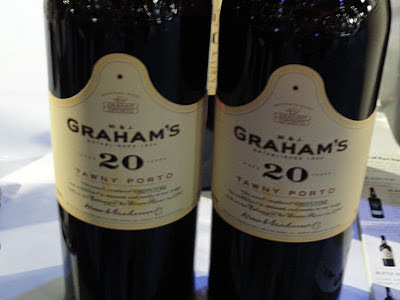 "Sip your spirits and cure your cold, but I will take Port that will cure all things, even a bad character. For thee was never a Port drinker who lacked friends to speak for him.”
--William Makepeace Thackery

Despite the change in the balance of power, English demand for Port continued into the 19th century, though the amount of wines imported from Portugal decreased. Between 1807-1816 AD, about 50% of the wines imported into England were from Portugal. This was a major decrease from when imports once reached around 66%.

War soon came to Portugal. In 1806 AD, Napoleon Bonaparte, the Emperor of France, issued the Berlin Decree, forbidding the importation of British goods into any European nation either allied with or dependent upon France. This was the opening move of Napoleon's Continental System, a plan to isolate his enemy England. England responded in kind, with the Orders of Council of 1807 AD, forbidding trade with France. Portugal refused to follow the Continental System, choosing to continue trade with England, which greatly angered France.

In 1807 AD, France crossed through Spain and invaded Portugal, thus beginning the Peninsular War. In November 1807 AD, the French army marched into Lisbon, reaching Oporto two years later. But, they were ousted from Oporto only three month later. France also eventually chose to attack their ally Spain, while England supported its ally Portugal. Fortunately, damage to the vineyards in the Douro was minimal as they were located in difficult terrain, not easily accessible to a marching army. France was eventually completely ousted out of Portugal and the Peninsular War would officially end in 1814.

Napoleon's great defeat would come soon after at the hands of Arthur Wellesley, the Duke of Wellington, at the Battle of Waterloo in 1815. It is claimed that the Duke enjoyed some Port prior to the Battle of Waterloo, and as he was victorious the name of the 1815 Port vintage, which was an exceptional year, has become known as Waterloo 1815.

As an aside, the noted wine lover Thomas Jefferson drank Port, but he preferred his Port to not have any added brandy. As a consequence, as nearly all Port possessed added brandy, then Jefferson probably bought and consumed very little Port.

The Douro Wine Company, which had broken the English control of the Port industry, continued to operate until 1833 AD, though it was reinstated for ten year from 1843-1853 AD. Port production in the early 1840s reached a high of 100,000 pipes, with about 25% being exported to England. The Company's  monopoly on Port though started to irritate even the Portuguese so it was about time for a change.

In 1852, the Douro region was seized by Miguelites, who were loyal to the former King of Portugal, Dom Miguel. Dom Miguel had lost in a civil war and been exiled from Portugal in 1834. Yet he still had supporters within the country. The Miguelites held this region for about 18 months, destroying a brandy storage depot which also set fire to some Port warehouses as well. It is estimated that about 27,000 pipes of Port were destroyed, much of which flooded the streets and poured into the Douro river. The Douro Wine Company was broken up and other organizations took over its powers and responsibilities.

It was also in 1852, that odium, powdery mildew, started to affect the vineyards in the Douro, leading to decreased yields. Almost ten years later, potentially as early as 1863 though maybe as late as 1868, the devastating phylloxera arrived. Fortunately, the American root stock was introduced soon enough before too significant of damage could occur. Portugal weathered these adversities and the Port industry continued to supply Britain and other countries.

It is interesting that during the late 19th and early 20th centuries, it was common for people to drink sweet wines, such as Port, with their meals and rather than just before or after dinner. That eventually fell out of fashion, though there are reasons why maybe it should come back, or at least be considered for some dinners.

The etiquette for drinking vintage port is also intriguing. Because of the likely sediment in the bottle, the Port is decanted, and many fancy decanters have been created for Port. The host will then first offer to pour a glass for his principal guest, who sits to his right. Next, the host fills his own glass and then offers to fill the glass of his guest on his left. The decanter then gets passed to the left, and each guest is expected to continue passing the decanter once they fill their own glass. If they fail to do so, they might be asked "Do you know the Bishop of Norwich" or "Do you know Jones of the sixtieth?" No one seems to know the origin of these questions but their purpose is to notify the person that they are supposed to pass the decanter.

The years directly after World War I were some of the best for Port. In Britain, Port demand was huge, with Port & Lemonade being the favored drink in many pubs. As an example, in 1919 AD, England imported a record of 7 million cases of Port. During the late 1930s, after Prohibition, U.S. started to become a market for Port while French demand was starting to increase significantly. But World War II changed everything, almost bringing the Port trade to a stop, and even after the war it took many years for the Port industry to rebound. In 1946 AD, England imported only 2 million cases of Port, a drastic reduction from its post-World War I levels.

As I noted in the first part of this series, in 2010, about 6.7 million cases of Port were produced, an amount which has been in decline. France is now the top importer, buying 28.5% while the U.S. only purchases about 3.9%, and it too has been in decline. It is time for Port to make a comeback, for a resurgence in popularity. It is time to consider Port as a wine for pairing with dinners, and not just chocolate and blue cheese. It is time to savor the delights of aged Port, from Vintage to Colheitas, from 20 Year Old to 40 Year Old. It is time to shatter the myths concerning Port and embrace this historic and delicious fortified wine.