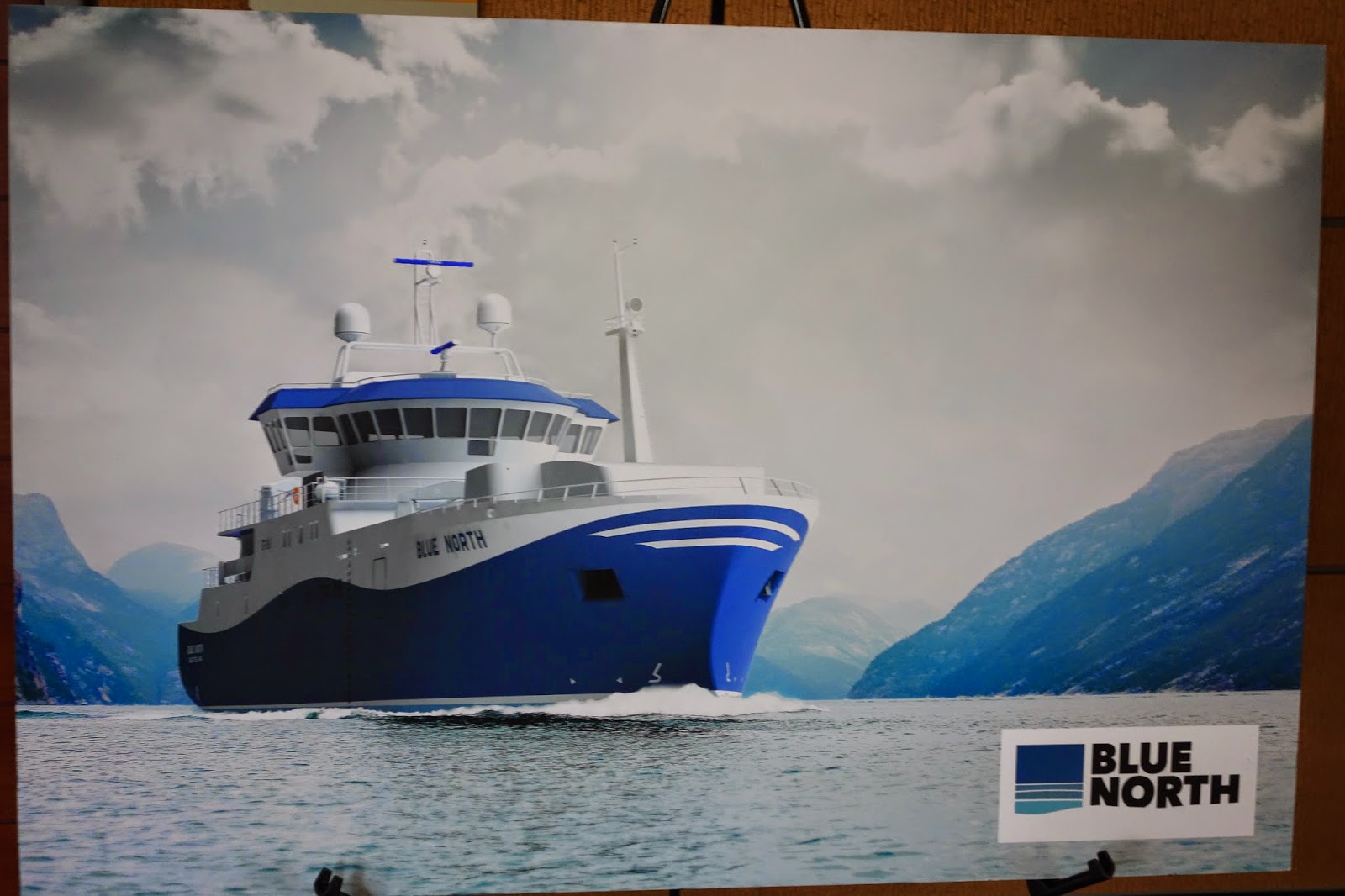 At first they were inspired to enhance the health of their fishing crew but that soon led to a concern about the health of the fish they harvested. And they are now pioneers in this endeavor, seeking a more humane method of harvesting.

Blue North, a sustainable natural resource company that is involved in fishing, timber, agriculture, trading, and boat-building, was founded about 37 years ago by two brothers, Michael and Patrick Burns. The brothers had moved to Alaska from New York, taking up the business of fishing. In time, that company developed a successful hook-and-line fleet using freezer longliners. Each fish is individually hooked and the longliner is designed to avoid bycatch issues. Their cod is certified sustainable by the Marine Stewardship Council (MSC) and is a "Best Choice” by the Monterey Bay Aquarium’s Seafood Watch.

At the Seafood Expo North America, Blue North held a session announcing the Humane Harvest Initiative, their next step in sustainability, a move toward establishing ethical standards for fish harvesting. Due to a scheduling conflict, I was unable to attend that session but I was able to later meet with Michael Burns, the Founder and Chairman, and Kenny Down, the President & CEO, and discuss this new initiative. I'm glad I made the effort to do so as it is an intriguing tale.

The practice of hook-and-line fishing hasn't changed much in the last 100 years. About four years ago, Michael and his brother were interested in acquiring a new longliner,so they traveled to Norway seeking ideas for this new vessel. They were trying to create a "greener" vessel, to enhance the sustainability of their operations. One of the innovations they adopted was a Moon Pool, basically an opening at the bottom of the vessel which leads into the sea. Michael stated that they are concerned about the health and welfare of their crew and the moon pool would benefit them.

Instead of heaving the fish and long line over the side of the ship, the line could be more easily drawn up directly through the water out of the moon pool. In addition, the crew would no longer be exposed to the elements, being now safe inside the vessel rather than on the open decks. Even in the worst of weather, the crew would be comfortable inside. Michael was also concerned about shoulder injuries sustained by his crew due to the constant and repetitive nature of the practice of gaffing fish as they were pulled out of the water. On a single trip, a crew of 4-5 men would use a gaff about 100,000 times, which puts great stress on the shoulders and arms. Eliminating the use of a gaff would promote better health for the crew, but how could that be accomplished? 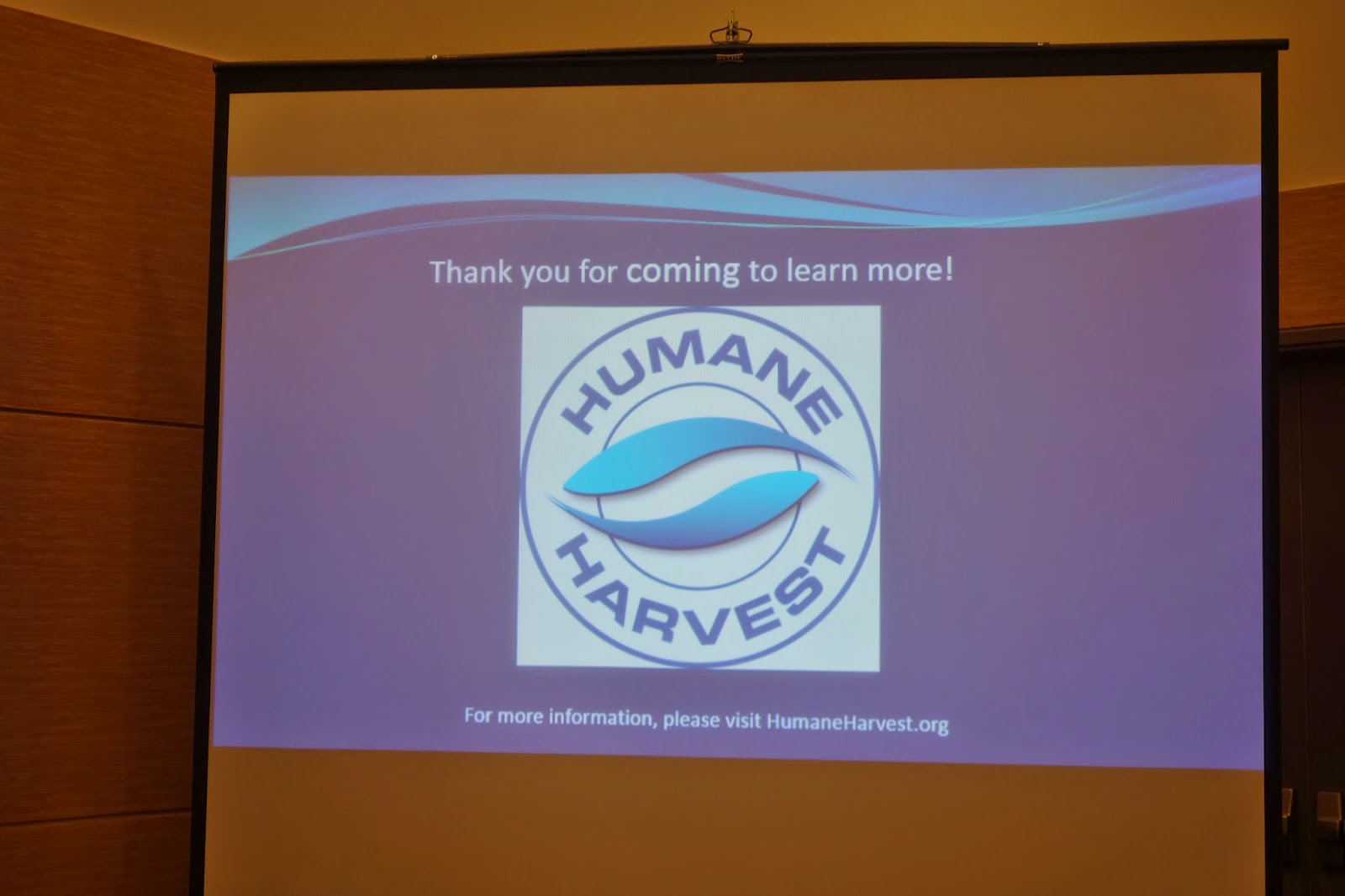 The brothers also operate an Angus cattle ranch in Oregon, and the idea of humane practices was prevalent at the ranch. They began thinking of applying those principles to their fishery too, trying to treat the fish as humanely as possible. Rather than gaffing the fish, they decided on stunning them instead and initially contacted some people in Australia who used stunning for their farmed fish, curious whether it could be used for wild fish too. Since then, they have adopted the use of a percussion stunner on one of their boats, and they are also still experimenting with the possibility of electrical stunning as an alternative.

As the fish are brought up out of the moon pool, one by one, the percussion stunner renders them unconscious. The crew then removes each fish from the hook. There is no apparent downside to the stunning process, as it is not any more expensive, does not take any longer, and the crew has no problems with its use. The use of the stunner prevents the injuries to the crew that came about from repeated uses of the gaff. In addition, it is part of their desire to treat the fish as sentient beings, to treat them as humanely as possible.

Dr. Reza Ovissipour, Ph.D., a research associate and food scientist at Washington State University, has conducted research concerning the physiological effects of stress on fish. Stress decreases their protein quality and lipid content, thus affecting the taste of the fish. Other studies have supported Dr. Ovissipour's research. Stunning the fish when they are pulled through the moon pool contributes to reducing their stress, pain and fear, and that will end up in better quality seafood. It is a win/win situation for all, helping the health of the crew, being more humane to the fish, and providing the end user with a better tasting fish.

Surprisingly, their most vocal opposition has come from others in the industry, some who are resistant to change. It seems it may come from a misunderstanding as well, as other fishermen might see Blue North as being too self-righteous and preachy, but that is far from the case. Blue North is not pushing their ideas on anyone, though of course they would like to see others moving in a similar direction. They understand the constant need for change and improvement. They already had a successful, sustainable wild Alaskan fishery, but didn't want to sit on their laurels. They wanted to be better and that is a worthy goal.

Maybe this is the future of sustainability for the seafood industry. I like the idea of the Humane Harvest Initiative and think the industry could only benefit from following such practices. Kudos to Blue North for adopting this position. I'll be keeping an eye on their company to see how their initiative evolves.
Posted by Richard Auffrey at 3:30 AM