Each year at Seafood Expo North America (SENA), a few of the major third-party sustainable seafood certification organizations provide updates on their progress during the past year. I've already written about the updates from the Marine Stewardship Council, which certifies wild fisheries. Now it is time to deal with farmed fish.and obtain an update from the Aquaculture Stewardship Council (ASC).

The ASC is an independent, not-for-profit organization that certifies "responsible" seafood farms, processors and distributors worldwide. Founded in 2010 by the WWF and Dutch Sustainable Trade Initiative (IDH), and based in the Netherlands, the ASC wants to be a leader in the certification of responsible aquaculture. Rather than use the term "sustainable," they have chosen to use "responsible" and believe that consumers can better understand that term, which seems to make sense. They also think "sustainable" doesn't really fit certain aspects of their standards. This is another part of the evolution of seafood sustainability. 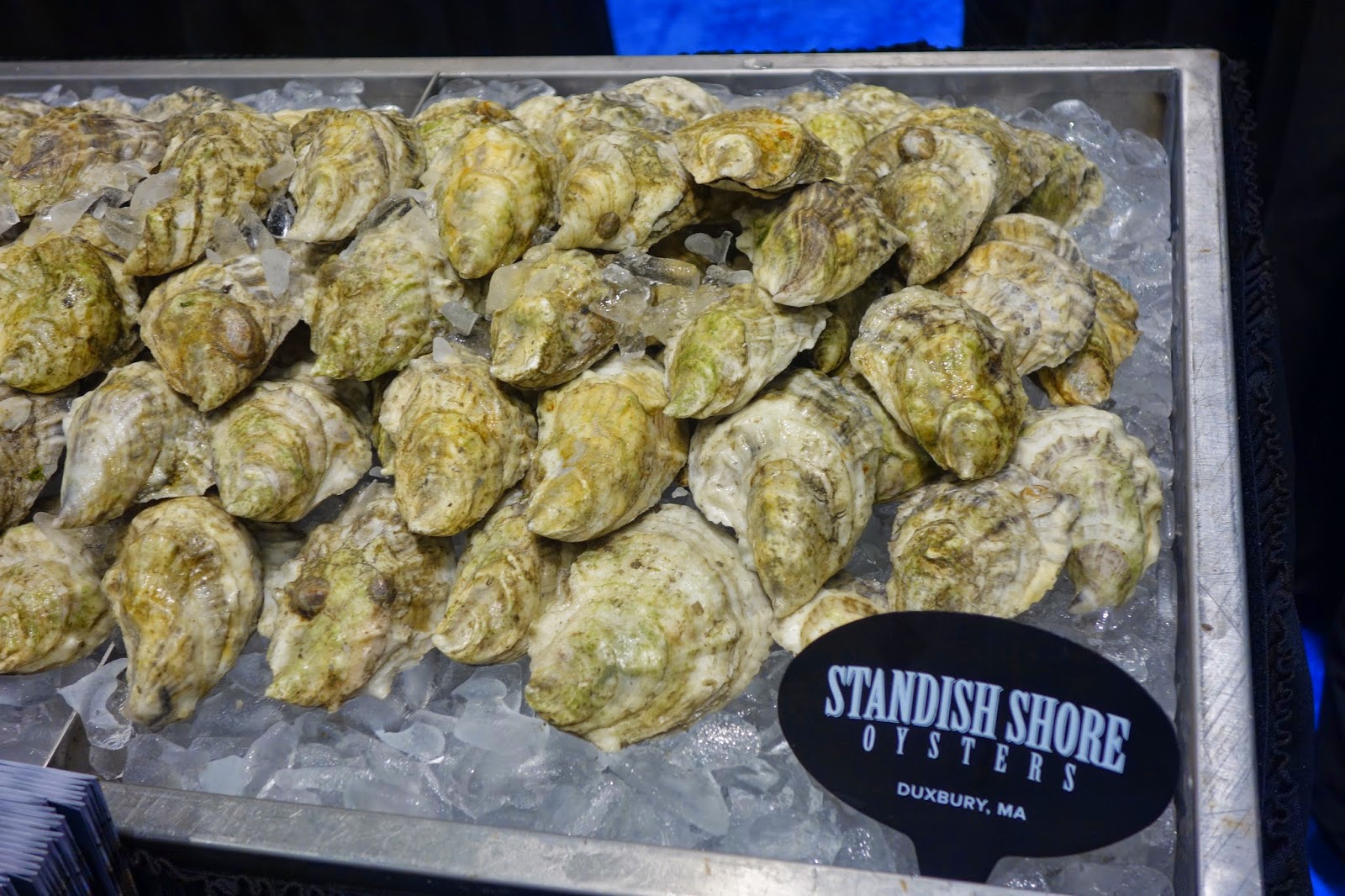 The panel was led by CEO Chris Ninnes who presented some of the ASC's past year's accomplishments. Last year, the ASC certified 75 farms, in 10 countries, for a total of 955 products. This year, there are now 127 certified farms, a growth over over 50 farms, and there are over 65 farms in the assessment process. The number of their certified products has also doubled this year, to over 2000 products. This significant growth is indicative of the great strides being made in aquaculture. It also shows substantial support for the work and mission of the ASC. Let us hope that such growth continues in the years to come.

A short preview of a movie, Tranforming Aquaculture in the State of Rio de Janeiro, was shown, telling the story of how 30 aquaculture operations in and around Rio de Janeiro were seeking ASC certification before the 2016 Summer Olympics. This could draw more attention, to a worldwide audience, to the benefits of sustainable aquaculture. More good news.

I'm pleased to see so much positive news coming from the ASC and it can only benefit the overall cause of aquaculture. Aquaculture gets plenty of bad press from the media so it is satisfying to read about success stories. And as Chef Rick Moonen said, we need to celebrate these successes, to showcase and highlight the best examples of the seafood industry. We don't do enough to celebrate their successes so we must make the effort to do so.
Posted by Richard Auffrey at 3:30 AM