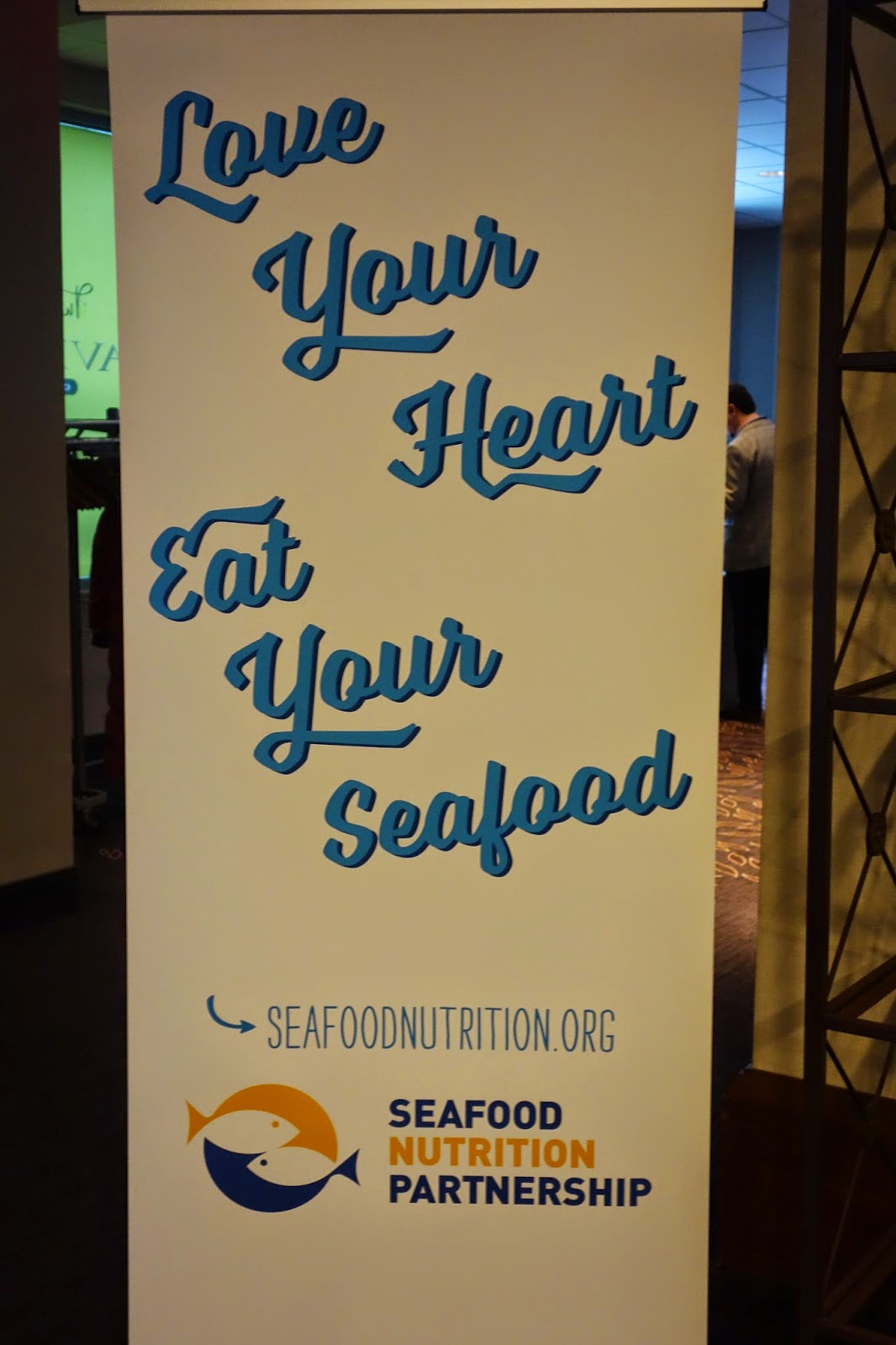 Many people don't understand the significant health benefits of seafood consumption. They also feel that seafood is too expensive and that it is too difficult to cook at home. Fortunately, there are good organizations and individuals that are trying to educate consumers, to remove their misconceptions about seafood. The Seafood Nutrition Partnership is at the forefront of one such valuable program.

At a special reception, preliminary to the Seafood Expo North America, the Seafood Nutrition Partnership, a non-profit organization dedicated to raising public awareness about the health benefits of seafood, discussed their Eating Heart Healthy program, as well as provided a smorgasbord of seafood dishes for everyone to enjoy. Linda Cornish, the Executive Director, was our host and welcomed everyone to the reception, providing some basics about their educational program. 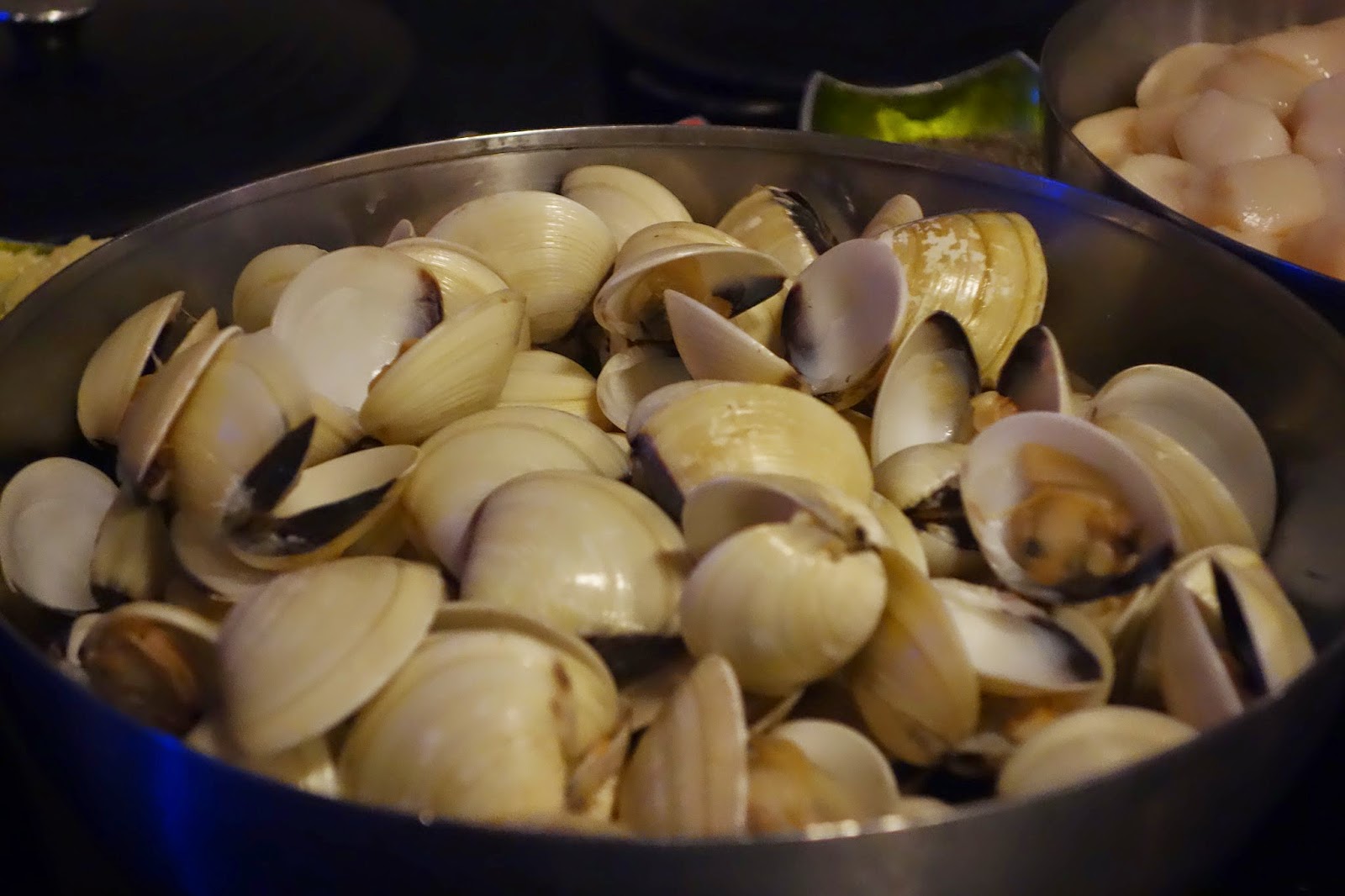 The Eating Heart Healthy program, which initially launched in June 2014, is a collaboration with Brigham & Women’s Hospital (BWH) and Roxbury Tenants of Harvard (RTH), a 2,000-resident community that provides affordable housing for low- and moderate-income people of diverse backgrounds. The goal of the program is to introduce seafood into the diets of the female residents, to reduce their risk of cardiovascular disease. The plan is to conduct four sessions of this program, and they have already completed two, with a third scheduled for April. They chose to focus on women, aged 35-50, as they have a greater chance of dying from heart disease than men.

The program itself is four weeks long, consisting of 90 minutes each week of interactive cooking and nutrition education. All of the participants of this program first receive a thorough health screening, which includes an Omega-3 index test. Many of the participants had a strong emotional reaction once they learned their Omega-3 index was so low. During the course of this program, participants learned about the nutritional importance of Omega-3 fatty acids, and how including seafood in their diets would raise their index, and improve their health. 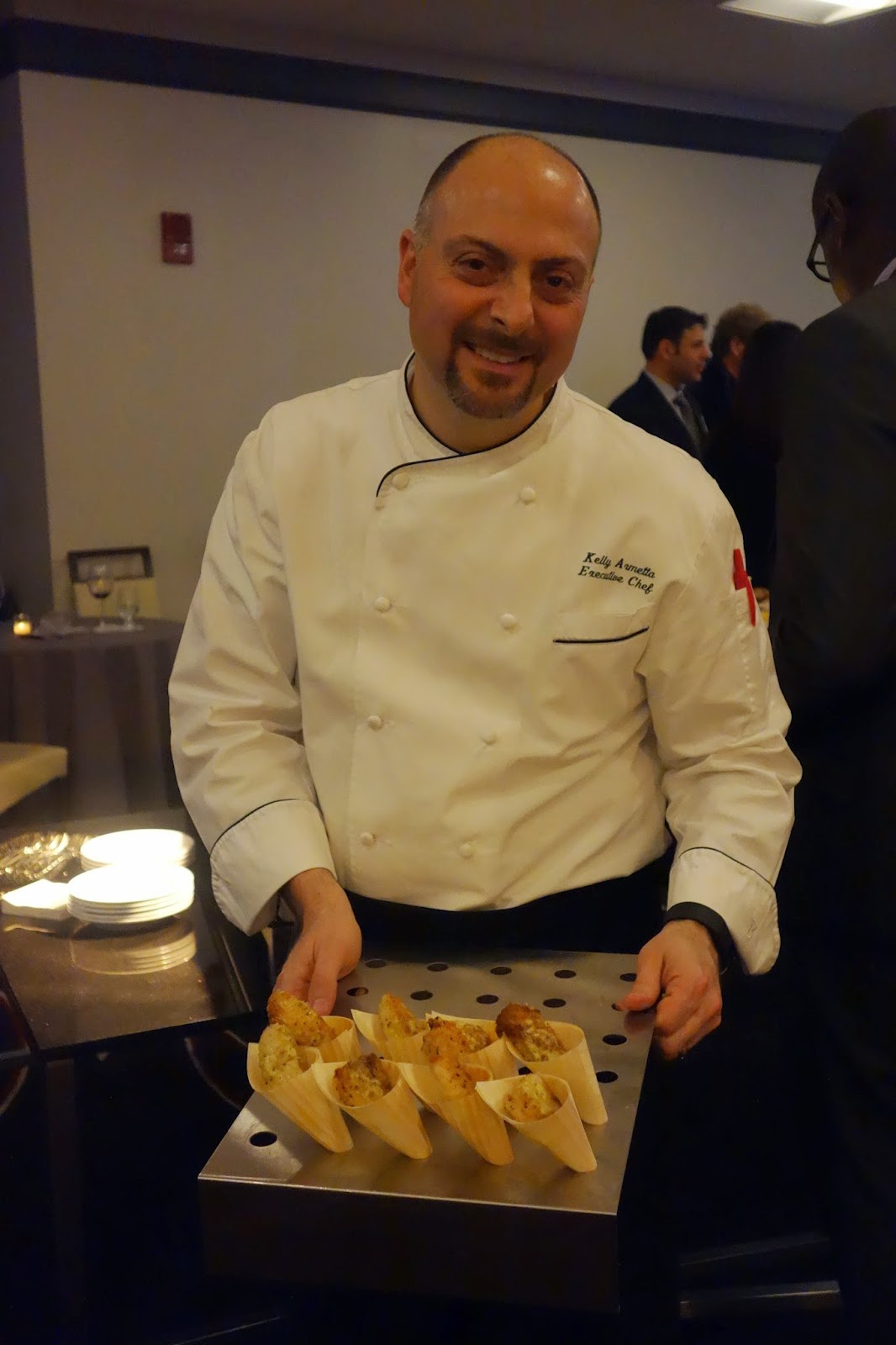 Besides this education, participants learned more practical skills too, such as how to cook seafood at home. Executive Chef Kelly Armetta (pictured above) of the Hyatt Regency Boston demonstrated eight recipes, each sufficient for a family of four. The participants were given ingredient bags, which they then took home and prepared for their families. They had to take pictures of the completed dish, to show the chef during their next meeting. Several of the dishes we enjoyed at the reception were from recipes taught during the program.

Chef Armetta was also set his own challenge, to select recipes which would only cost $10. It was necessary to show the participants that seafood can be affordable, on even limited budgets. The average annual income of the participants is $17,000 so it was necessary to show that they could afford to add seafood to their diets. To help Chef Armetta chose his recipes, he visited the places where the participants shopped, to see what type of seafood was available to them. And he succeeded, all eight of his recipes each costing only $10 for a family of four. Based on what we ate at the reception, those recipes led to delicious seafood dishes.

(I should note and give thanks to Stavis Seafoods, a Boston-based purveyor of sustainable seafood, who donated all of the seafood for the reception.) 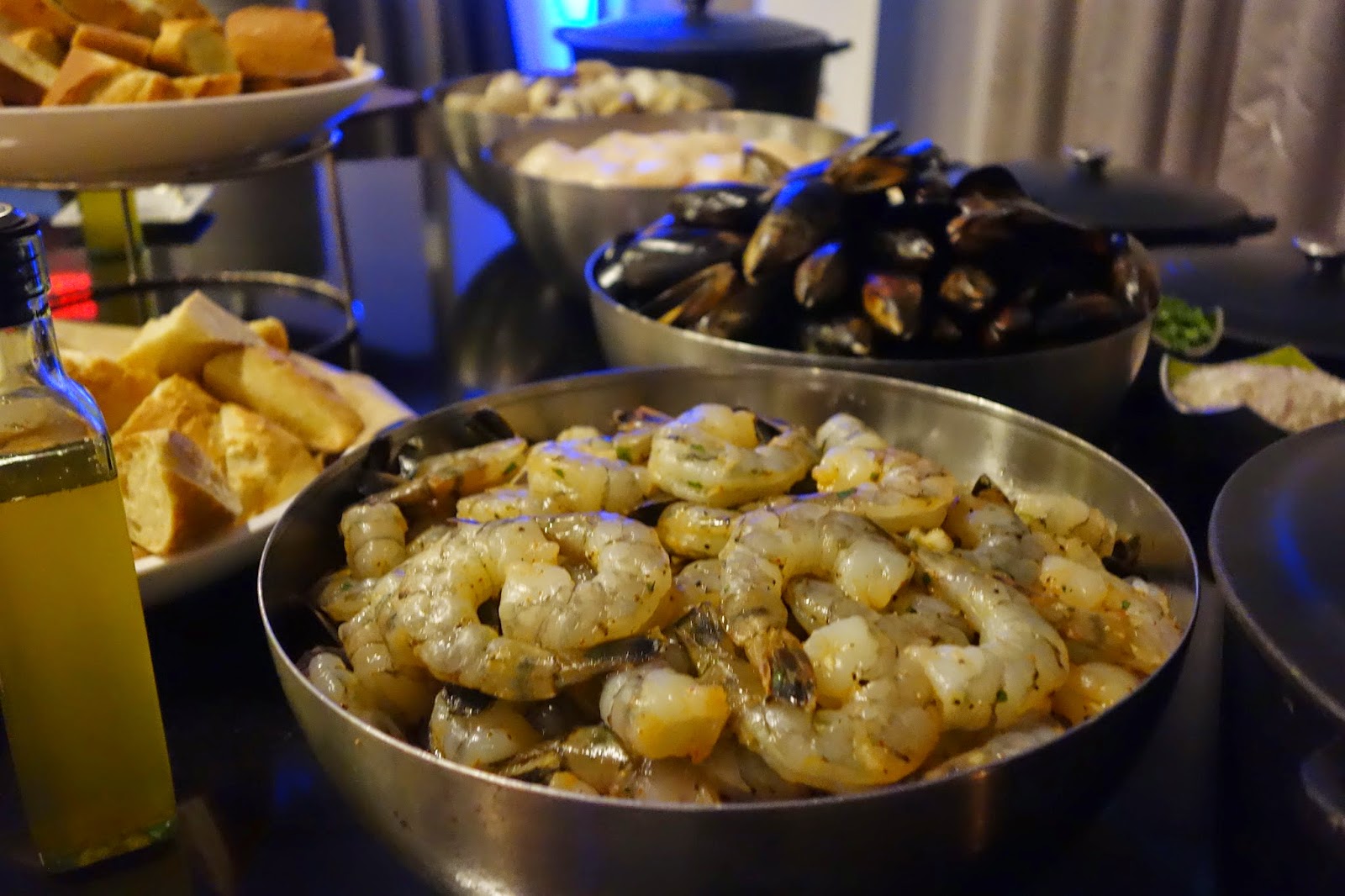 Once the four week session ends, assistance to the participants actually continues. First, each of the graduates is followed for three months, to monitor their Omega-3 index and compliance with integrating seafood into their diets. Second, they receive weekly text messages and a monthly newsletter as support. Third, they become members of a private Facebook group where they can ask questions, discuss common issues, and support each other. All of this is intended to ensure that the program participants make lifestyle changes which will benefit their health, as well as the health of their families. 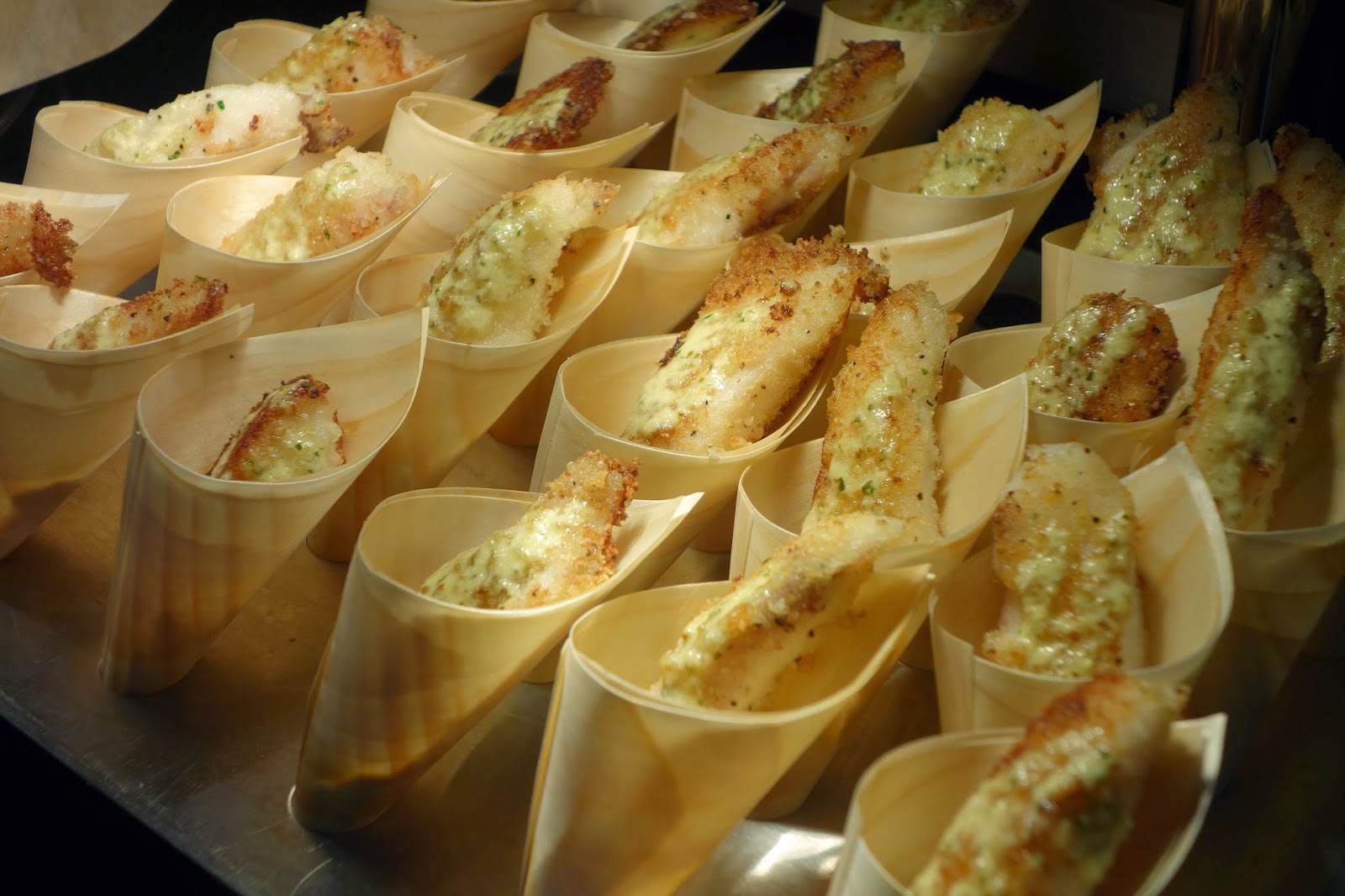 Aileen Sauris: a nurse practitioner at Brigham & Women’s Hospital, spoke, mentioned how she met Linda Cornish about a year or so ago. She soon became involved in the Eating Heart Healthy program. As she said, there is ample scientific evidence that seafood consumption can decrease your risk of heart disease by about 36%. In addition, women of color have four times the risk of heart disease, so they need to take positive action to reduce that high risk.

The program is restricted to women as they are viewed as "the gatekeepers," and that helping one woman leads to a yield of seven people, as the woman helps her family, and talks to her friends. Though men have evidenced interest in attending the program, they don't lead to the same yield as women. It was also important to Aileen that the recipes and ingredients they used in the program were low fat, low sodium, sustainable and inexpensive. They figured that if they could succeed with lower income families, then that success could easily expand to people of all income brackets. It is not just lower income families who complain that seafood is too expensive. 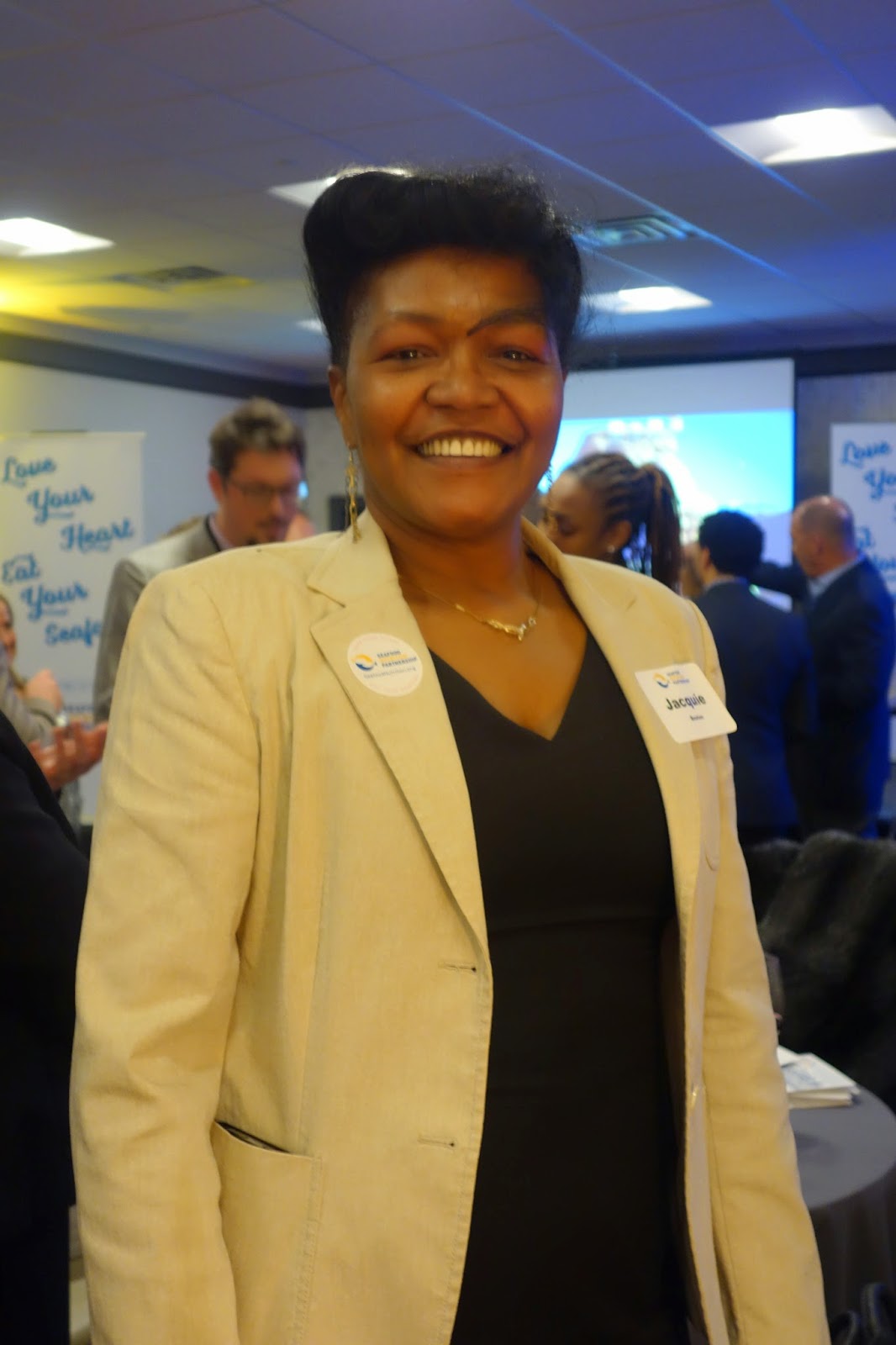 Jacquie (pictured above) is one of the graduates of the program, and has become an ardent advocate. Of Cape Verdean heritage, she much preferred fried food, thinking that healthy food was boring and lacking in taste. A mother of six, and a grandmother of one, she almost had to be dragged to her first session of Eating Heart Healthy,but quickly changed her tune. Everyone who worked in the program was nice to her, and made her very comfortable. She learned plenty, especially about the benefits of Omega-3s, and gained a new appreciation for seafood. Jacquie has now been sharing her knowledge and love of seafood with her family,noting how her grandson isn't really into seafood, but loves the "pink hamburger," which is actually a salmon cake. Her inspiring story is indicative of the success of the Eating Heart Healthy program. 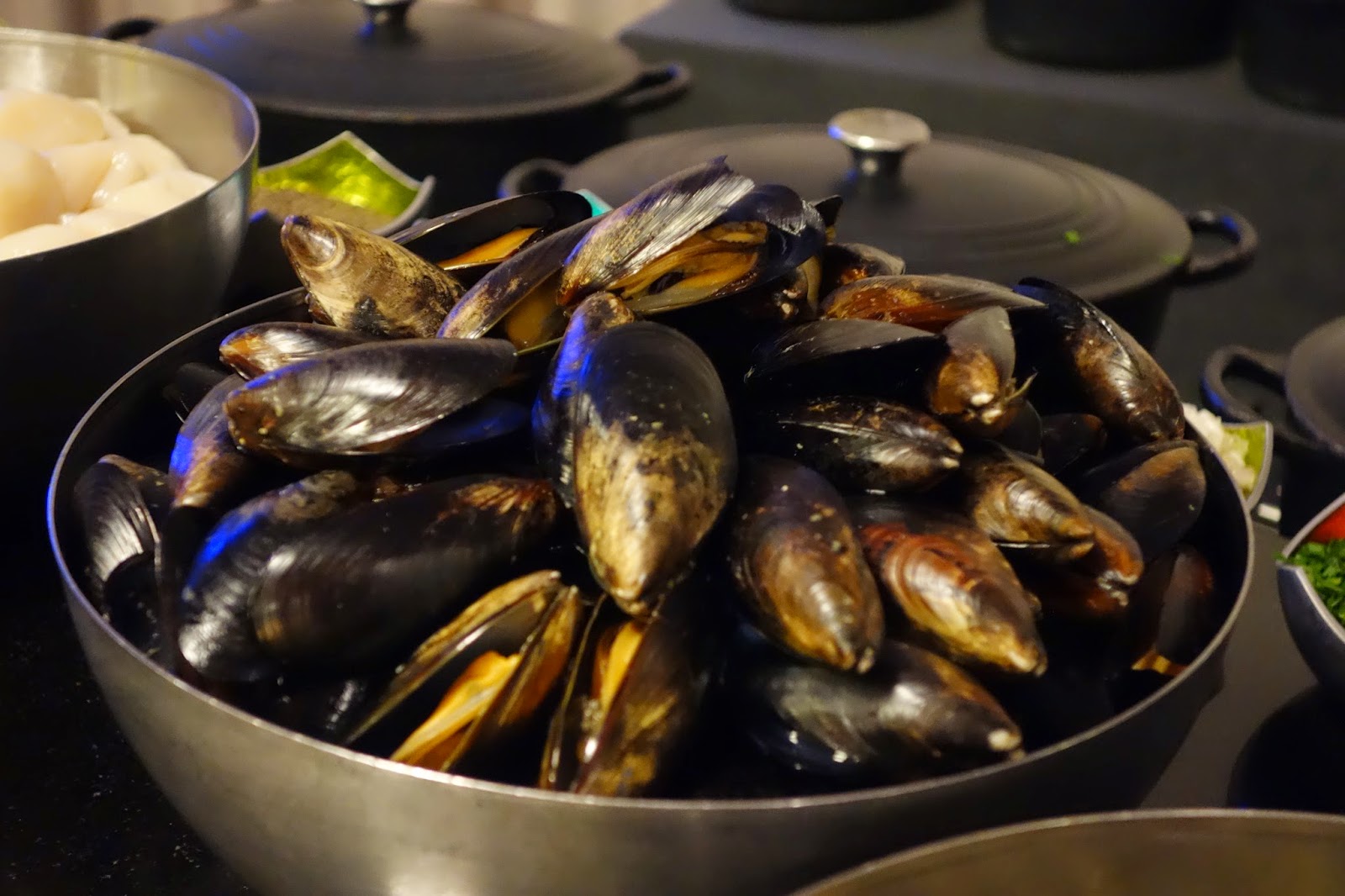 Near the end of the evening, there was a brief talk by Dr. Tom Brenna, a, Professor of Nutritional Science at Cornell University, and a member of the 2015 Dietary Guidelines Advisory Committee. He discussed the importance of seafood nutrition for human health, stating that it provides far more benefits than just for the heart. Stating that the "brain is full of fish oil," he indicated that the brain is full of Omega-3s, and a deficiency in this regard can impair brain functions. Seafood consumption is important for pregnant women, to help the brain development of their unborn children.

Seafood consumption also allows you to "keep your marbles," to help reduce the chances of age-related cognitive impairment. In addition, "seafood makes you happy," a sentiment held by psychiatrists who consider Omega-3 fatty acids to be a secondary treatment for depression. Dr. Brenna dismissed the threat of toxins in seafood, noting it had been thoroughly debunked by science. He ended his talk by stating that seafood consumption is more than safe, it is absolutely necessary. 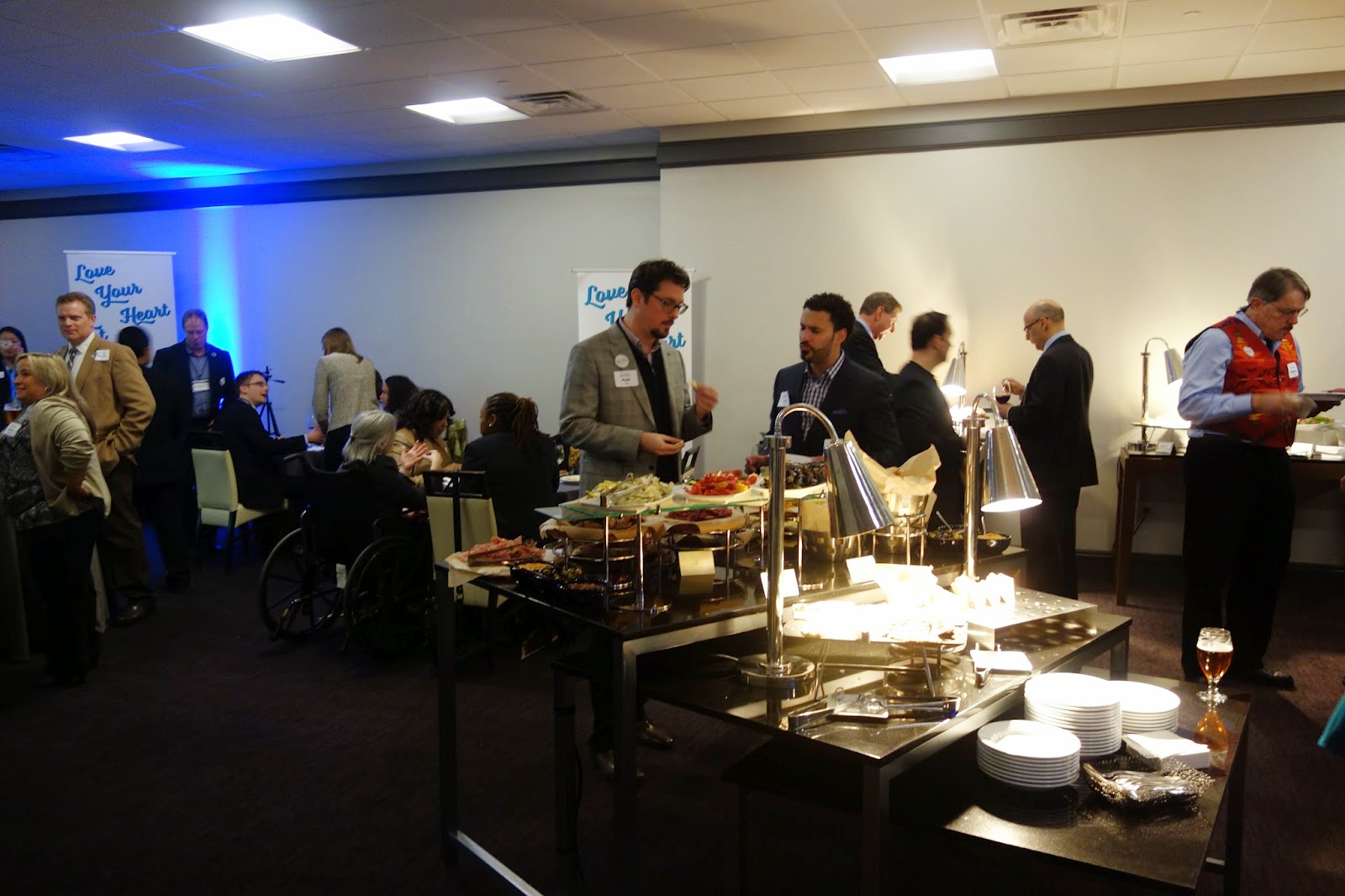 The valuable work of the Seafood Nutrition Partnership with the Eating Heart Healthy program wouldn't be possible without donations. A donation of $250 will pay for one woman to attend the program. If you would like to make a donation, of any amount, please visit this page.
Posted by Richard Auffrey at 4:00 AM

thanks your info
obat polip hidung

thanks for the information useful guys