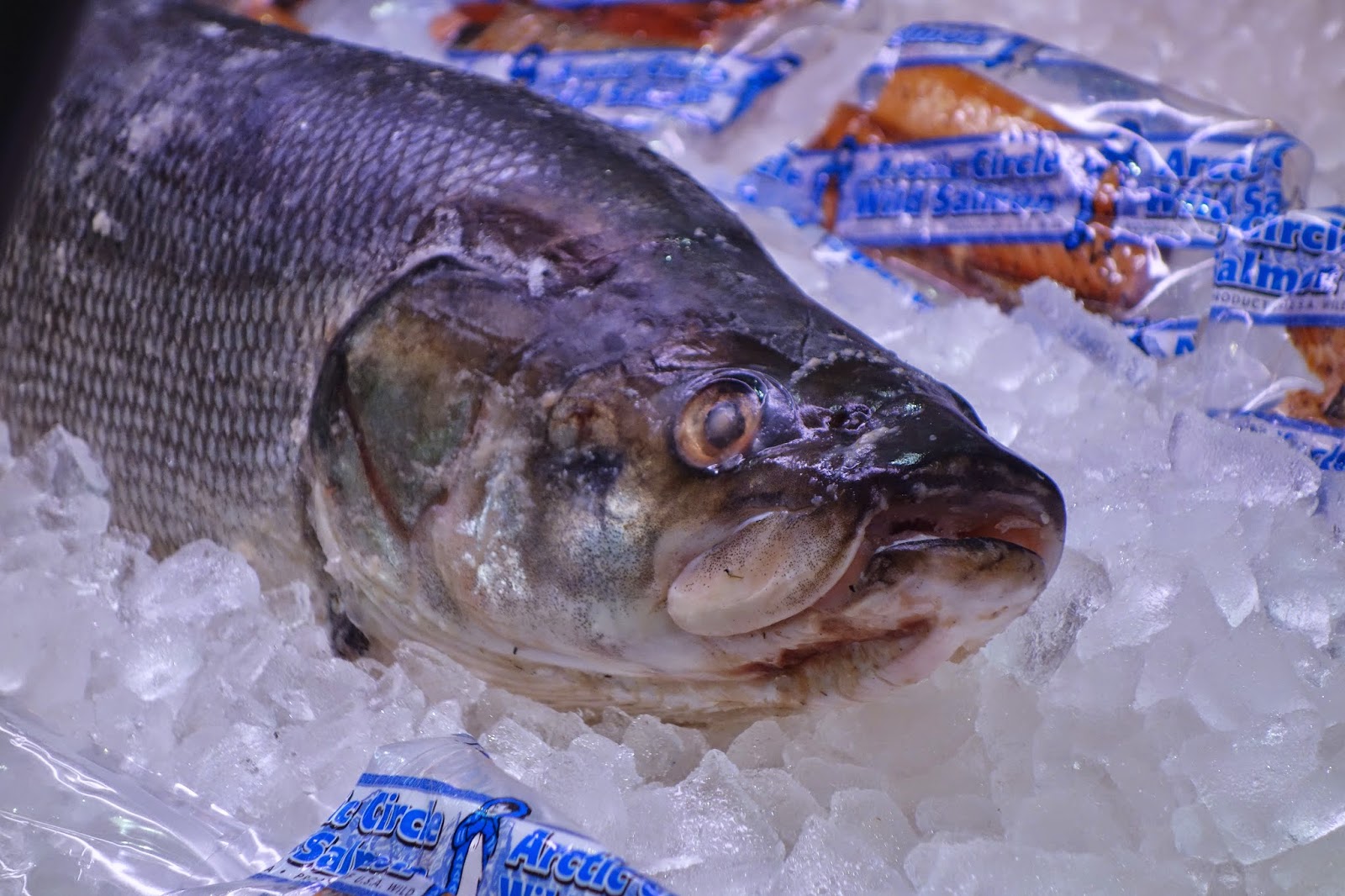 While roaming the aisles of the Seafood Expo North America (SENA), you never know when you might find a type of seafood that is new to you. Sure, you can find plenty of salmon and shrimp, cod and mussels, but you might also encounter opah and croaker, hoki and lumpfish. I was pleasantly surprised to find a fish new to me, the one pictured above, which is known as a Sheefish. It was being introduced to Boston for the first time, and you might soon start seeing it at local fish markets and restaurants.

The Sheefish is being sold by Maniilaq Services LLC, a company owned by twelve federally-recognized tribes of Inupiat located in Northwest Alaska. Interestingly, Maniiḷaq is a legendary Inupiat who allegedly lived, as a hunter and healer, during the 19th century. It is said he had numerous prophecies, including predicting the arrival of white people to Alaska and the existence of airplanes.

The fishery, located in the Kotzebue Sound region,  is centered on the village of Kotzebue, which has a population just over 3,000, Kotzebuem is about 26 miles north of the Arctic Circle and is thought to be the oldest settlement in both North and South America. It is known to the Inupiat as Qikiktagruk, which translates as "almost an island." Around 1818, Otto von Kotzebue, a Russian navigator who was seeking a Northwest Passage, entered the Kotzebue Sound region, giving it his name.

Located on the coast, Kotzebue is also near several fresh water tributaries, which made it a valuable location for the earliest settlers. The region of the Sound contains a variety of wildlife, including caribou, various birds, bearded seals, beluga whales and more. It is also the home to polar bears and in fact, the world's largest polar bear, weighing over 2200 pounds, was found here. Also known as Inconnu, the Sheefish is the largest member of the whitefish subfamily, and can grow to about 3 feet long and weigh up to 60 pounds. The name "inconnu" is a term in Old French which means "unknown" as when French explorers first found these fish in northwest Canada in the late 18th century, they called it poisson inconnu, meaning "unknown fish." The natives though called these fish "shees" so that name stuck.

Their skin may be white, silvery, dark blue and greenish gray in color and they possess large scales. They are known for their mouths, which they can open almost as wide as their body, and they also have an extended lower jaw. They are carnivores, eating smaller fish,and travel up the freshwater tributaries during the summer to feed and/or spawn. It is when the sheefish swim back to the ocean during the winter that the Inupiat catch them.

From October to May, most of the fishing occurs, in a sustainable and traditional method, catching them one at a time, either using a jig through ice or in the open water while on small boat. The Inupiat have relied on sheefish as a source of food, for themselves and their dogs, for thousands of years. Sheefish are sometimes referred to as the "Tarpon of the North" because they put up a good fight when being caught. The Alaska Department of Fish & Game monitors the fisheries in this region, and determined that sheefish are the second most harvested animal, for subsistence, with caribou being the first. They also ensure that the sheefish fishery is sustainable.

Their flesh is white like a halibut, but has a texture that is closer to salmon. The meat is supposed to be flaky and a bit oily. I didn't have the opportunity to taste any sheefish, so I can't speak on the taste though I am intrigued. Considered superior in taste to halibut, it is also supposed to be about half the price of halibut, making it an even more attractive option. I'll be keeping my eye out for sheefish and will report back once I've tasted it.

Have any of my readers ever eaten sheefish?
Posted by Richard Auffrey at 3:00 AM