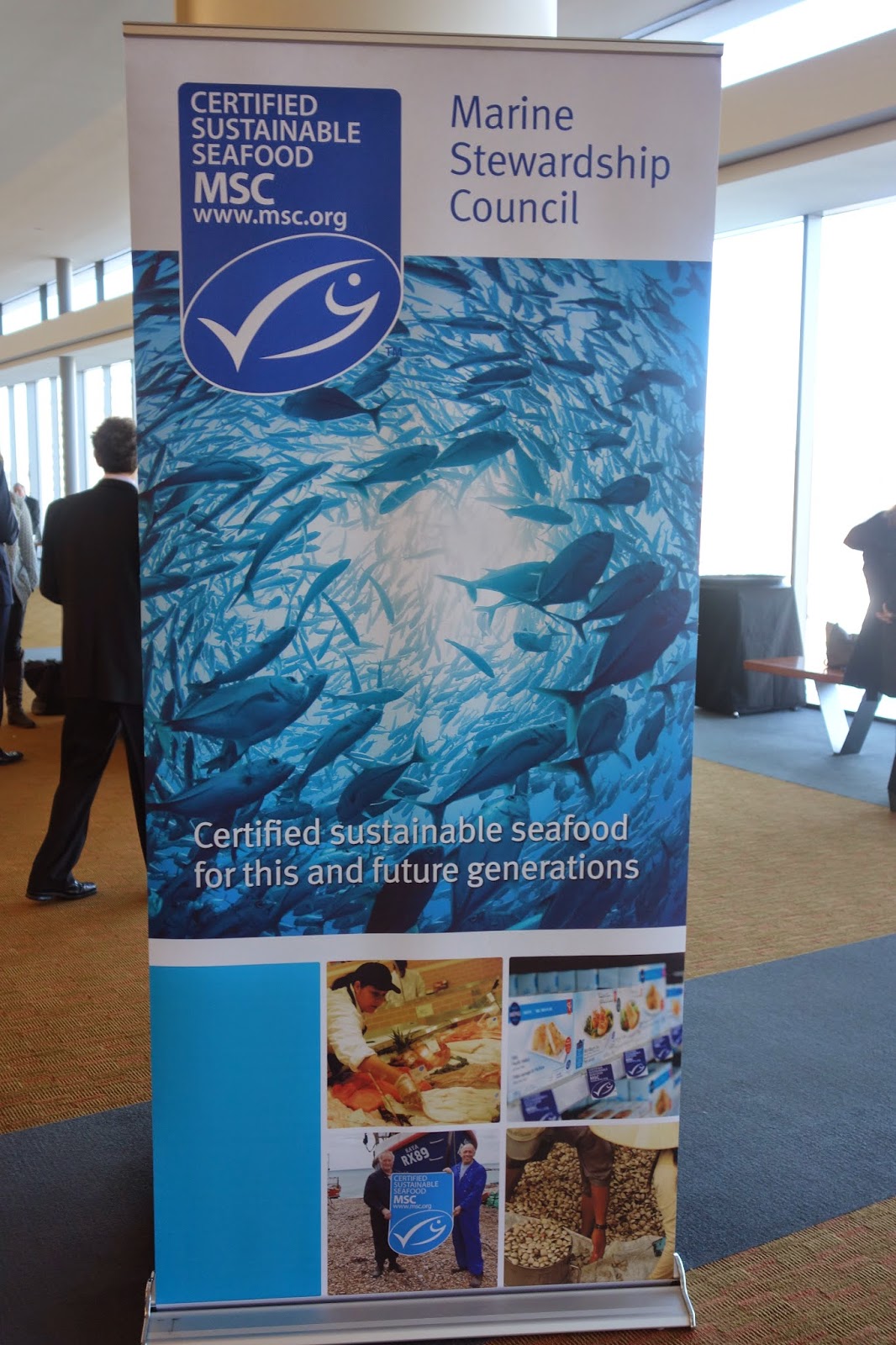 Before the Seafood Expo North America opens each day at 10:00am, there is seafood business going on throughout the convention center, meetings about potential purchases to discussions of seafood issues. A few conference sessions are also held, such as breakfast presentations or updates from various sustainability organizations. On Monday morning, before the main show opened, I spent time at an update session of the Marine Stewardship Council (MSC), who also provided breakfast pastries, coffee, tea and juices.

The MSC, an independent, international non-profit organization, essentially certifies wild fisheries as sustainable and their goal is to make a consumer's purchasing decision easy. All a consumer needs to do is to see the blue MSC label and then they can be assured they are buying sustainable seafood. This helps consumers avoid many of the complexities of sustainability. The MSC currently certifies 253 fisheries and there are another 99 in the assessment process. In addition, there are another 40-50 fisheries in a confidential pre-assessment. 53% of U.S. fisheries are engaged with the MSC and there are nearly 1500 certified products. Worldwide, MSC certified fisheries, with over 25,000 products, catch over 9 million metric tonnes of seafood, constituting more than 9% of the total wild harvest. 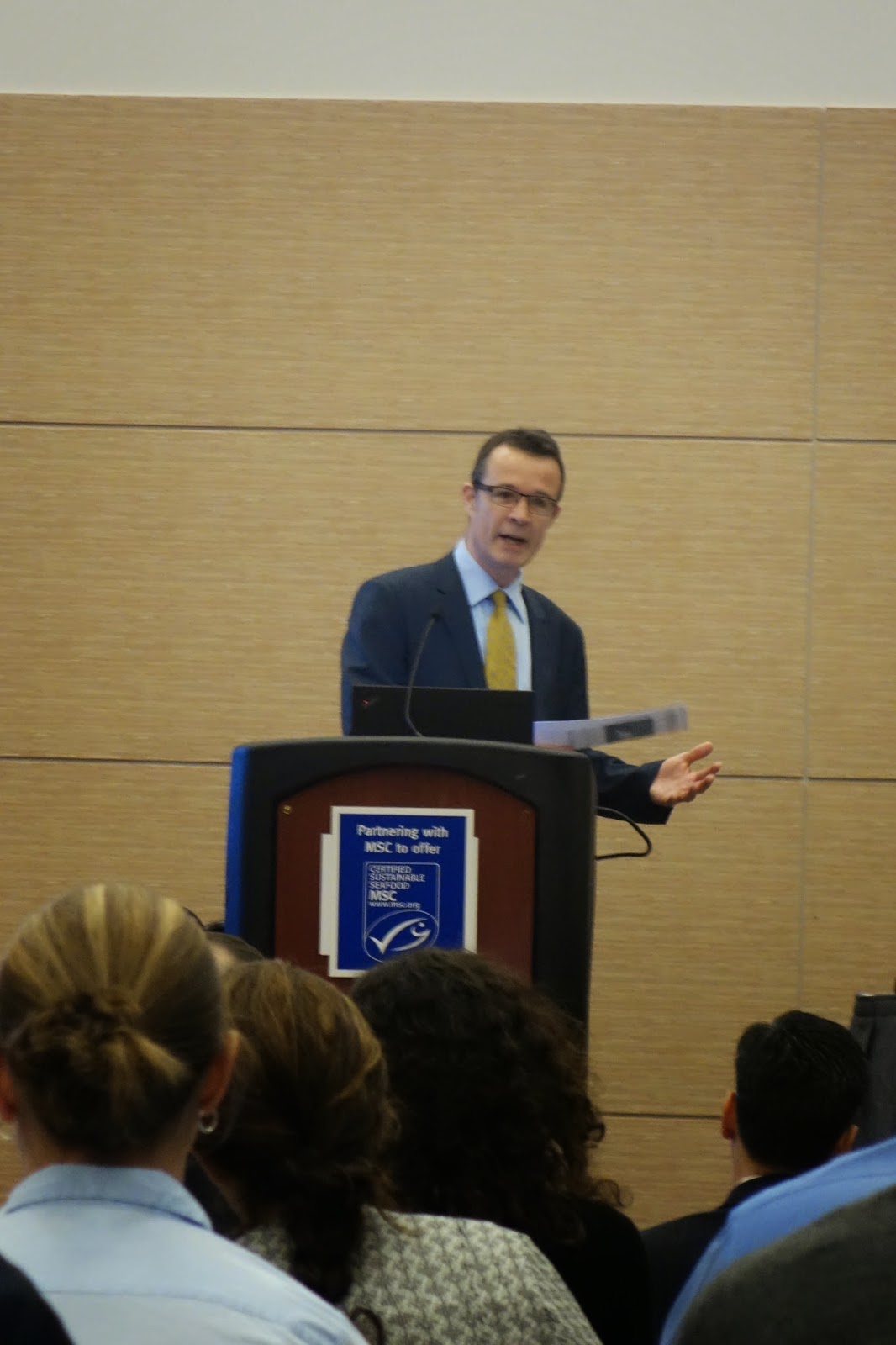 The session began with MSC Chief Executive Rupert Howes providing an overview of their progress during the past year, concentrating mainly on Europe and Asia. He started by mentioning that 22 new fisheries had been certified and others were under consideration. He also noted a trend that fisheries were starting to come together, seeking certification, which can lead to savings of time and money. For example, Iceland has been trying to coalesce all of their species and there is a group of six mackerel producers working together. There is hope that others will start cooperating in this regard too. The first Indian fishery has been certified, and they have also been certifying new species, such as Red Fish, with Squid making progress.

Another trend is that even once the fisheries receive MSC certification they still have been driven to continue to improve. Certification is not an endpoint, but rather a step in an ongoing journey to become more and more sustainable. In the marketplace, they have seen a more aggressive use of the certification, and a greater use of the MSC label with consumers. Retailers are realizing that a number of consumers care about sustainable seafood and that concern needs to be addressed. As an example, he noted a situation in Denmark where three competitors came together to co-promote sustainable seafood for the same week, and this action actually led to greater sales for all three. Sainsbury, a large supermarket chain in the UK, took out an advertisement in all of the local papers asking others how many MSC certified fish they carried.

Rupert mentioned that they have certified their first hotel in Asia, in Singapore, and there has been a strong online marketing program in China promoting MSC certified fish, which they get imported from the U.S. He also wanted to make it clear that "MSC is just a tool"and that MSC is about people, oceans, food and fisheries. He takes a more big picture look at the MSC.

Rupert concluded his talk noting that there has been a conclusion to the MSC Fisheries Standards review, which took two years to complete. It has resulted in some changes to the standards, raising the bar in certain areas, based upon new scientific data. The Chain of Custody Standard is changing soon too. All of the Standards will be reviewed once again in 5 years.

Chelsea Reinhardt, Senior Supply Chain Manager, then took the stage for a very brief synopsis of the new chain of custody standard, which she would detail in another session later that day. It took 15 months to review the chain of custody standard, and there was plenty of public engagement and feedback. The result was some measurable gains, more accessibility, and more clarity, as well as a few changes to the auditing process. I did not attend her later session. 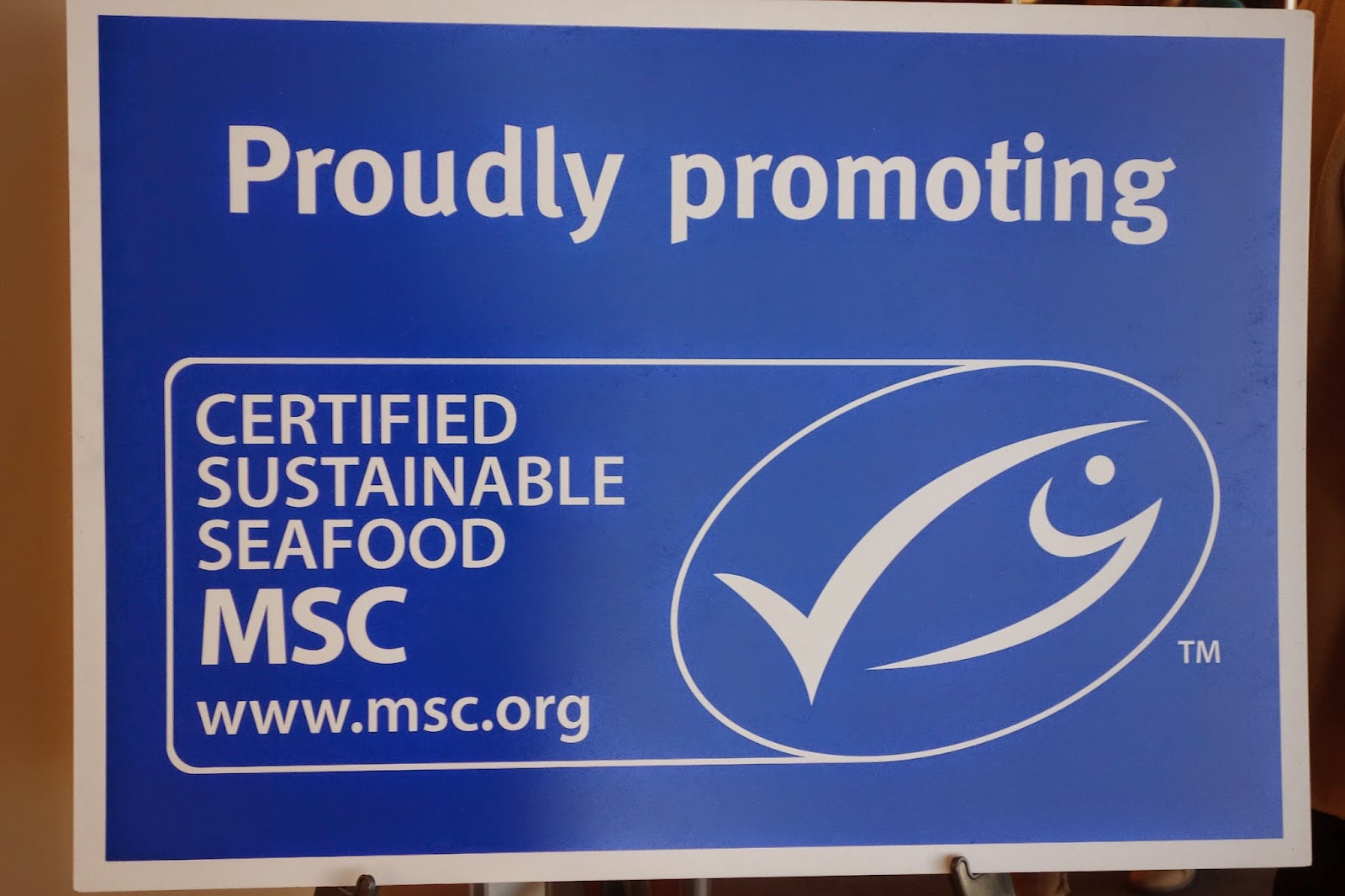 The next speaker was Brian Perkins, the new MSC Regional Director for the Americas, who addressed more of the recent changes in the Americas. He stated that his job is to be a storyteller and bridge builder. He then mentioned how the lobster industry is doing great in Maine and Canada, and there have been new certifications in the West Coast groundfish fisheries. Newfoundland herring and PEI lobster fisheries have been certified, as well as several universities. He ended his brief talk, asking for a moment of silence for all the lost fishermen.


Brad Pettinger, the Director of the Oregon Trawl Commission, related how about fifteen years ago, the West Coast groundfish industry was declared a federal disaster. Brad, who was a participant in the fishery, noted that the fleet was going bankrupt and serious changes needed to be enacted. Fortunately, those changes were made, such as reducing the size of the fleet, using new gear, using a catch shares program, and closing off certain areas to fishing. In time, the fishery recovered, though there is still much to do. There are now 13 species which are MSC certified but there is another problem now.

The fishery is struggling on the PR side and is seeking acceptance from retailers and consumers. Too many people don't understand the changes that have occurred, and that those groundfish are no longer a federal disaster. There is some reason for optimism, and we watched a brief Whole Foods commercial which highlighted the groundfish fishery. In addition, earlier this month, the Los Angeles Times did an op ed on the fishery, noting the positive changes and asking people to support the fishery. To Brad, MSC certification is the gold standard.

The final two speakers were Curtis Heffernan, VP of Sales and Marketing at Tri Marine, and Todd Newman, VP/GM Emerging Categories at Bumble Bee Seafoods. Both companies have MSC certified canned tuna products. Curtis noted that are a tuna supply company and their "responsibly caught" principles are consistent with MSC standards. Todd echoed a previous sentiment, stating he too felt MSC certification was the gold standard. He also noted a partnership with the WWF, and that 13 cents of each can of tuna went to the WWF, with a $1 Million commitment by 2018. They are currently exceeding their donations so should surpass the $1 Million mark, He also mentioned how though 50% of people equate sustainability with quality, only 1/3 of people will pay more for sustainable goods.
Posted by Richard Auffrey at 3:30 AM