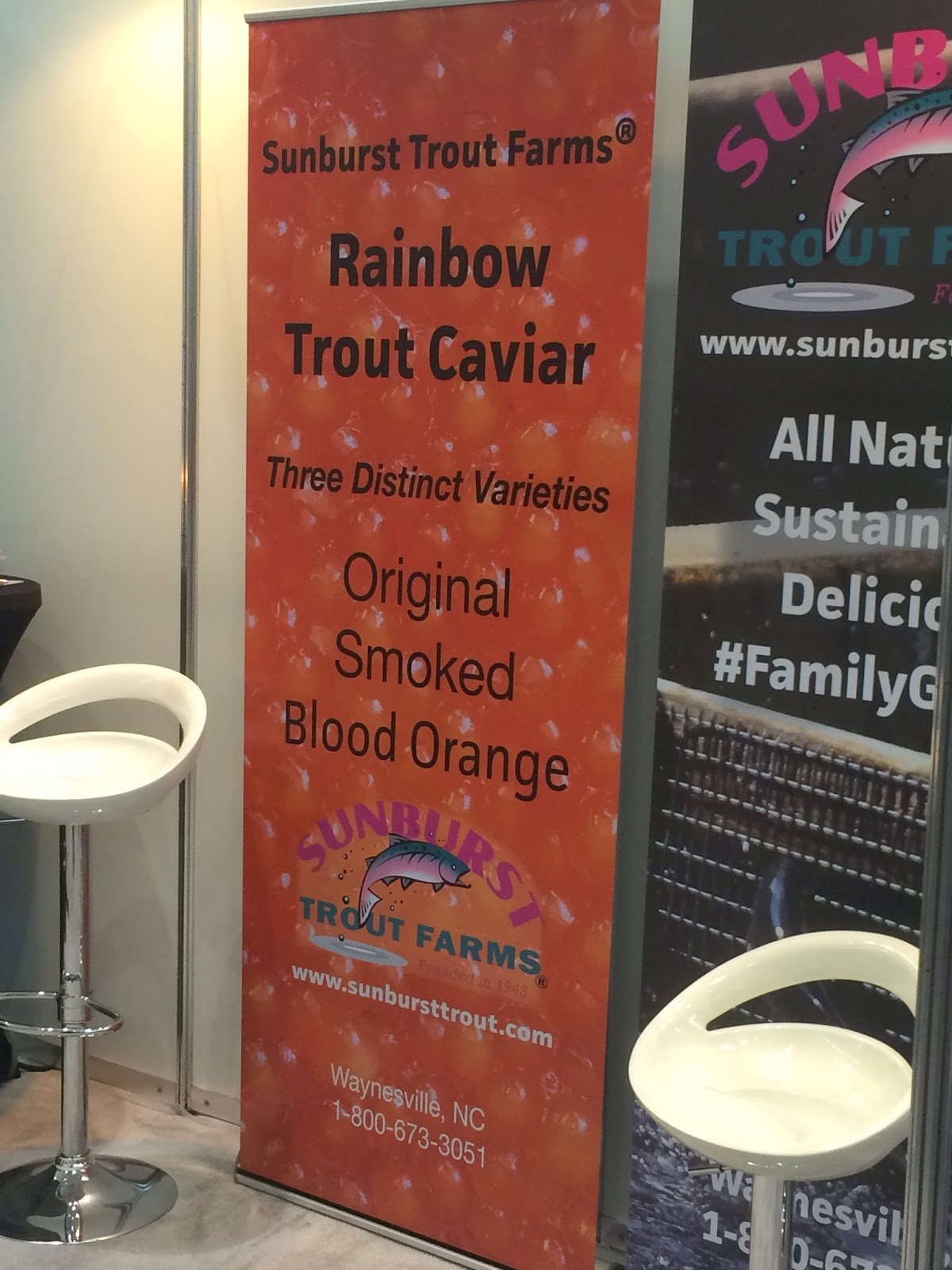 To a child, the allure of the wilderness can be a compelling force that remains with them throughout their life. That was certainly the case with Dick Jennings, who was raised in Pittsburgh, but who also spent memorable time as a boy on his grandfather's land in the mountains of western North Carolina. That land was covered with large forests, two streams, and about 100 acres of relatively flat hand that could be used for a variety of agricultural purposes. His fascination with that wilderness was deep in his soul.

After his return from World War II, Jennings felt the clarion call of the wilderness, and he returned to settle his grandfather's land. In 1948, he chose to start the first commercial trout farm in the South, the Jennings Trout Farm. Jennings always was dedicated to raising the trout as naturally as possible. He worked hard for years at this endeavor, and in 1985, he took on his daughter, Sally, and his son-in-law, Steven Eason, which also led to a name change to the Sunburst Trout Company, LLC.

In 2001, more of the family joined the business, namely Wes and Ben, Sally's sons. Wes is now the Director of Sales while Ben is the Chief Financial Officer, and Ben's wife, Anna, also assists with marketing efforts. Finally, in 2011, there was another name change, to Sunburst Trout Farms, which is an homage to Dick;s original dream. Dick is still alive, though the work falls to the rest of his family.

At the Seafood Expo North America (SENA), I stopped by their booth, to learn about some of their history, their current practices, and their newest products. Sunburst continues to be dedicated to raising trout naturally, to being sustainable in all of their practices. For example, they never use hormones, antibiotics or animal by-products in the trout feed. They want to preserve the pristine condition of their land, and produce trout which makes them proud. Currently, they sell about a dozen different products from trout fillets to smoked trout. Their latest marketing efforts, to both restaurants and stores, are directed at two of their newest products, Trout Jerky and Trout Caviar. 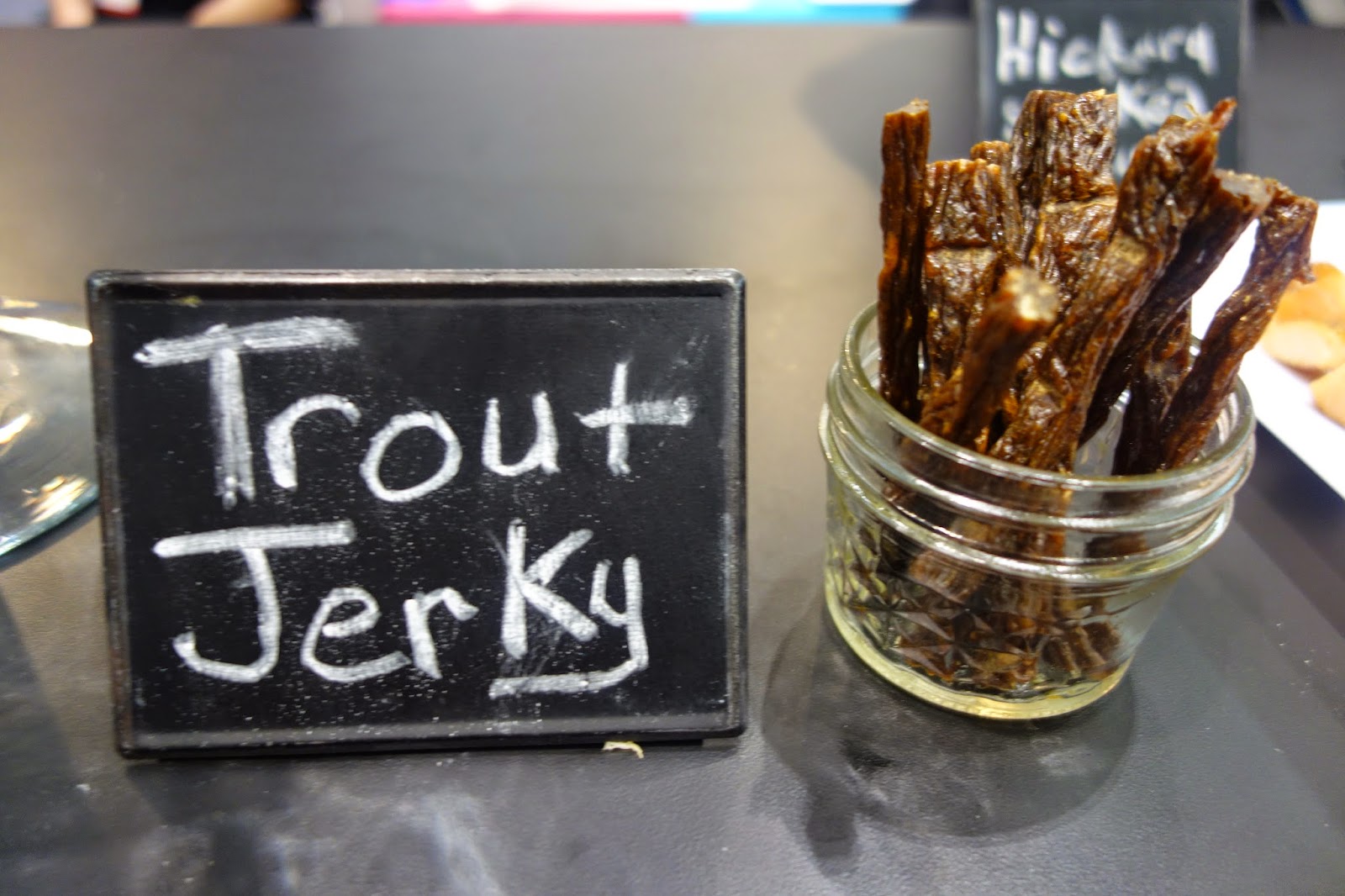 The origin of their trout jerky stems from their desire to waste as little as possible. After removing the fillets from a trout, there is still some prime meat remaining on the back bones. They decided to remove that remaining meat and produce a jerky, mixing the trout with local, organic miso tamari and other spices. In addition, this jerky is much less salty than other types of jerky. The mixture is then hot smoked and will remain stable on a shelf for about a year, and doesn't require any refrigeration.

The Trout Jerky is sold in two ounce packages for $6.99, and I was told they would make an excellent bar snack. I tasted the trout jerky and enjoyed both their texture and taste. They are chewy, but without being too hard on your jaw. It is the texture you want in a piece of jerky. The taste is pleasing, with a nice blend of spices, a touch of briny goodness, and isn't overly fishy. You'll realize the jerky isn't beef or pork, but you won't care. 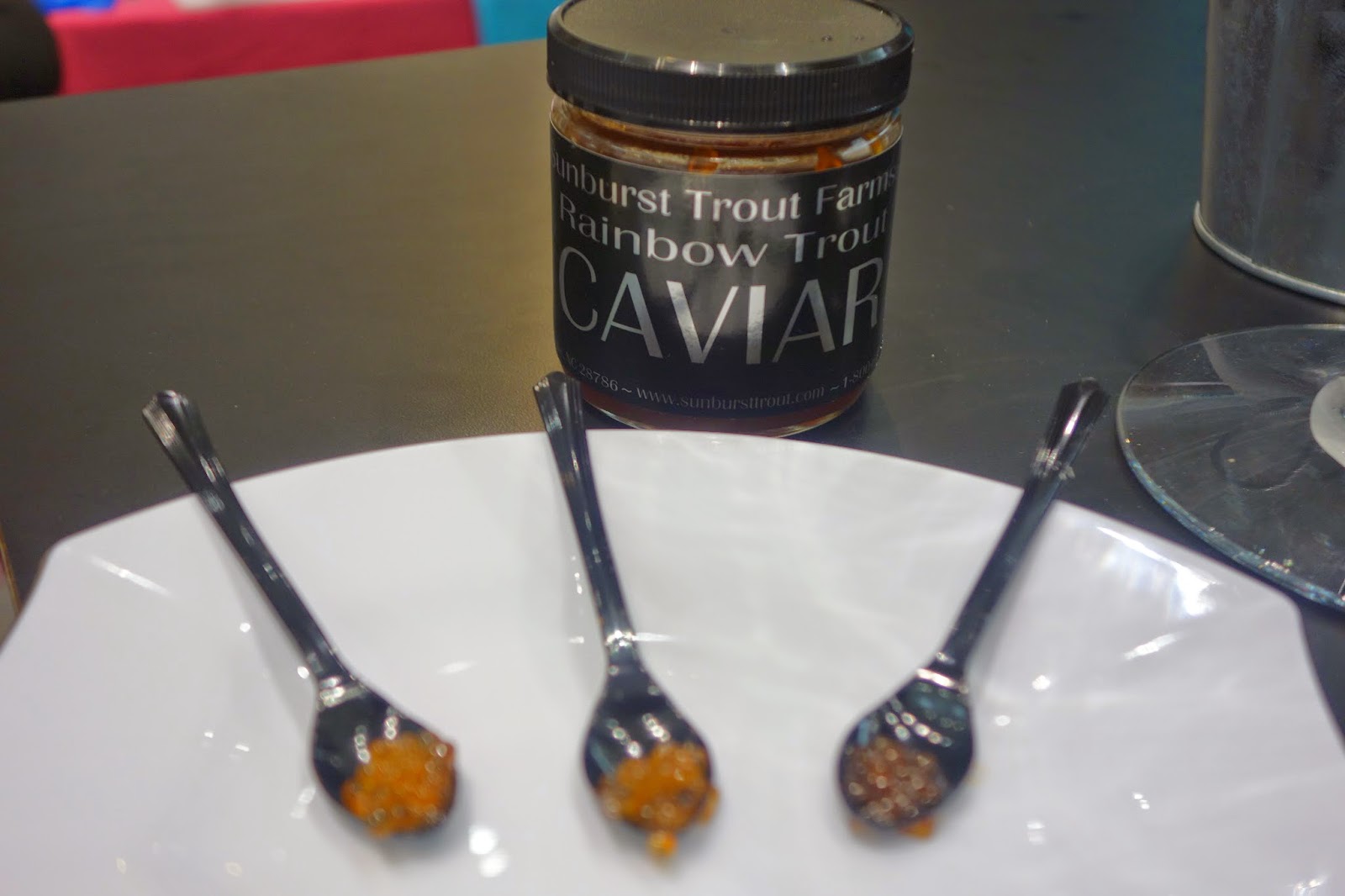 "I'd do anything for caviar and probably did."
--Henry Kissinger

Sunburst has been selling caviar since the 1980s. While cleaning up at the end of the day, Dick Jennings noted that the trout eggs were hard, sticky and difficult to remove. It gave him the inspiration to experiment with using the eggs to create caviar. At the time, his daughter had three children, two who ate food from baby jars and Dick used the empty jars to hold his caviar experiments. One evening, he returned home to find the children had found the jars, and ate from them. Some of the jars they almost ignored after an initial taste, but other jars were nearly empty. Dick decided to use the caviar recipe from the near-empty jar, and that recipe has continued to be use to the present.

Around 2000, there started to be concerns about the sustainability of beluga sturgeon in the Caspian Sea, and that eventually led to bans on Caspian caviar, and Russia even suspended caviar production for a few years. At that time, alternative sources of caviar were sought and Sunburst garnered much fame for their trout caviar. The freshwater roe are smaller than salmon eggs, and have a mild taste. Sunburst produces three different types of trout caviar, each for about $26/ounce and sold in 2 and 4 ounce jars, though they have a 7 ounce jar for restaurants.

The Original Rainbow Trout Caviar has a mild taste, with briny notes, and a nice firmness to the roe. Tasty and luxurious. The Smoked Rainbow Trout Caviar, which is gently cold smoked using hickory wood, is a pleasing blend of salt and smoke. The smoky flavor is especially dominant on the finish. The third type is the Blood Orange Infused Rainbow Trout Caviar, which is infused with cold pressed Sicilian blood orange oil. With a bright burst of citrus, and a salty touch, this was an easy to enjoy caviar, which would appeal even to people who claim they don't like caviar. It doesn't taste like what you expect from caviar. It actually might work well used in making desserts.

So if you are seeking something different, but which is sustainable and tasty, seek out some Sunburst Trout Jerky or Caviar.
Posted by Richard Auffrey at 4:00 AM