2nd Annual Chefs for the Cure

The Chefs for the Cure event brought together a number of local chefs in support of The Massachusetts Affiliate of Susan G. Komen for the Cure, to fight and eradicate breast cancer as a life-threatening disease. Their mission is to reduce breast cancer in the state by funding education, screening and treatment programs, with an emphasis on the medically underserved. The Affiliate is committed to 100% screening, 100% access to care.

This was another fun and delicious event, all for a very worthy cause. 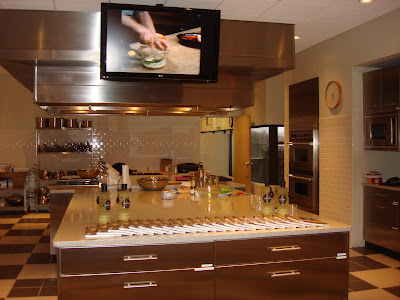 The event was held at the Viking Center in Westwood, a 10,000 square-foot state of the art facility with 20 full working kitchens. Above is one of their main kitchens, which seems to be used for classes and demonstrations. It was a very cool venue, and quite fitting for the event. 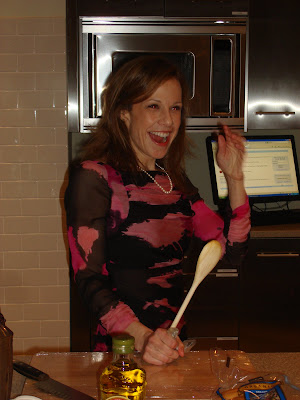 The evening began with a culinary demonstration by Alissa Bigelow of the Rustic Kitchen’s “In the Kitchen,” a live weekly Friday night cooking show. Alissa has performed over 350 cooking shows, and is quick to state she is a cook (self-taught) and not a chef. I admit that I did not know her prior to this event but she made quite an impression and I will have to check out her show.

Alissa was a fireball of energy, extremely personable, genuine and lots of fun. To her, "cooking is an act of love," and it is hard to argue with that. Alissa demonstrated how to prepare her Grilled Lobster Salad Sliders. She was an engaging instructor, getting the audience involved by asking questions of them, listening to their own stories. It became a more intimate event, rather than a common lecture, and the audience reacted very positively to her. Plus you cannot dislike a woman who feels "every meal needs some type of pork fat product." Bacon lovers unite! 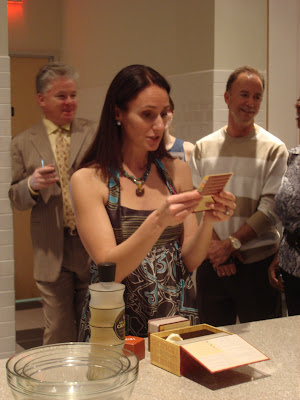 Alissa was accompanied by her friend Jill Epstein, the publisher of Where To Eat magazine. Above, Jill is reading a foodie trivia question, a brief diversion during the cooking demo. Jill also helped to make the Ginger Kir Royale, of which I'll talk about more later in the post. 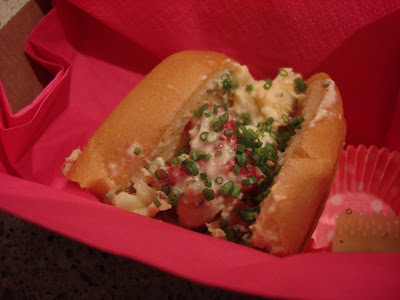 Alissa had previously parboiled a couple lobsters, one female and one male. As she spoke about the lobsters, she sliced them open and then grilled the tail and claws. It was Alissa who stated "If you like tail, eat female." The Grilled Lobster Salad Slider is made with crème fraiche rather than mayonnaise, which is an idea I really like. It also contains chives, lemon zest, lemon juice, a bit of olive oil and a touch of whole-grain mustard. The hot dog bun is grilled and then a piece of Boston bibb lettuce is laid down, the lobster salad spooned in and some pancetta added. A delicious yet simple recipe. 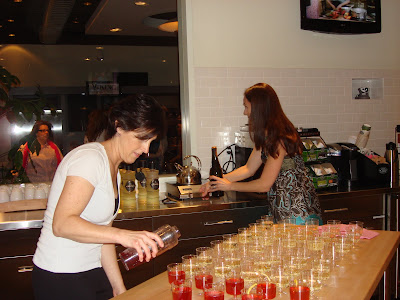 The Ginger Kir Royale is made with Martini & Rossi Prosecco, Domaine de Canton Ginger Liquer, and homemade strawberry simple syrup (made by Alissa). It was not overly sweet and had a nice ginger flavor. This cocktail would likely go over well at a party or summer BBQ. 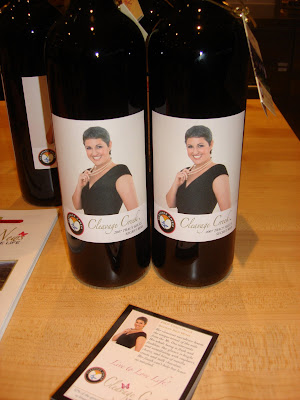 One of the sponsors of the event was Cleavage Creek Winery, which showcased the 2007 Tracy Hills Secret Red ($18). This is an easy-drinking wine, with nice red fruit and vanilla flavors. Cleavage Creek donates 10% of their gross wine sales to fund breast cancer research and support. Each label also showcases a woman who has survived breast cancer. 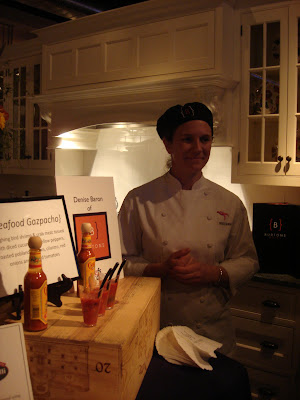 Chef Denise Baron, the Culinary Director for the multiple locations of Burtons Grill, prepared a tasty Seafood Gazpacho, which had small bits of seafood and mild spices. Though there was hot sauce that you could add for a bigger kick. I am looking forward to the new Burtons Grill coming to the Northshore Mall. 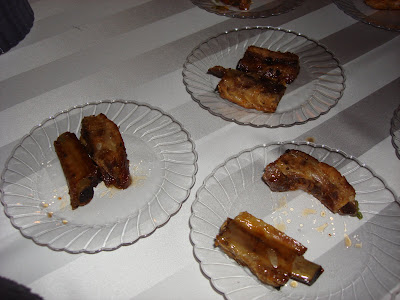 The Beehive, presided over by Chef Rebecca Newell, prepared some very tender and flavorful ribs, the meat easily coming off the bone. If you love brunch, you definitely should check out The Beehive. Plus, they have a lengthy Champagne list, and lots of live music. 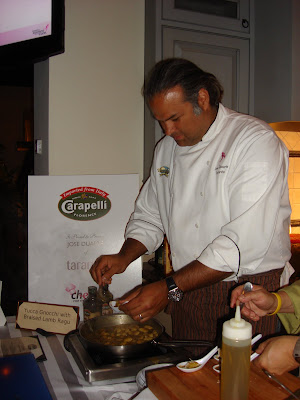 I saw Chef Jose Duarte of Taranta again, having last seen him at the Spoonful of Ginger event. He prepared my favorite item of the evening, Yucca Gnocchi with a Braised Lamb Ragu. The gnocchi were fairly tender and soft with a savory sauce and delicious pieces of lamb. A very tasty, rustic dish and I could easily have eaten a large plate. 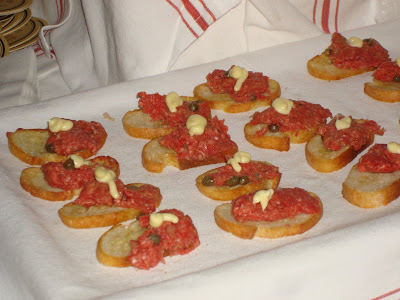 Chef Keenan Langlois of Gaslight Brasserie made a simple but delicious Steak Tartare. 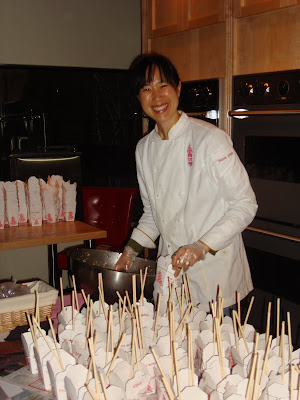 It is always a pleasure to see Chef Joanne Chang of Flour Bakery and Myers+Chang. She is one of those chefs who you see at many charitable functions. For this event, she prepared Thai Ginger Chicken Salad, always a good choice.
Good food, good drink, good people, good cause. All the elements needed for a fantastic event.
Posted by Richard Auffrey at 4:00 AM

Thanks for coming Richard!

Thanks for attending Friday night, Richard. We hope you had a good time!

I definitely had a very good time, and hope you raised lots of money for this worthy cause.