Last Saturday was quite a day! Caramel chocolates at Chocolee Chocolates. Dim sum brunch at Myers+Chang. Sampling wines at the Wine Riot. Dinner at Coppa. Drinks and more food at Oishii. It was like an Iron Man challenge for food & wine bloggers.

This Wine Riot, organized and managed by The Second Glass, was the second such event I have attended, and my prior experience was very good, with a couple minor issues. So how did this Wine Riot compare? Did my minor issues still exist, or had there been improvements?

First, the event was held in a different venue than the prior courthouse. They returned to their original spot, the Cyclorama. I liked this venue much better. Everything was on the same floor, though that did seem to make the event seem more crowded than it was last year. There was a fairly good flow to the set-up though, with efforts to place wines from similar regions in the same area.

Second, my primary complaint about the last event dealt with food issues. There was no free food, and the food they did have was not available until at least an hour after the tasting started. Plus, due to some arcane law, you could not use cash to pay for the food. This time, they had one table with free cheese, though I don't think it was sufficient. It would have been much better for at least some cheese & cracker trays at various places throughout the room. Or invite food vendors who would provide free samples. The Boston Wine Expo does well in that regard and the Wine Riot could learn from their example.

The food that was available for purchase was inexpensive and good. You could buy items from Red Bones, Legal Sea Foods, Tremont 647, Masa and The Upper Crust. Many of the items cost $5 or less, and they took cash. This was a significant improvement over last year.

The centerpiece of the event is a tasting of about 250 wines, a diverse selection from all over the world, at various price points. A number of the wines had been at the prior Wine Riot, but there were plenty of new wines, as well as new vintages. I'll present some of my favorites of the tasting, but note that I did not taste everything, and I am sure I missed some good wines. 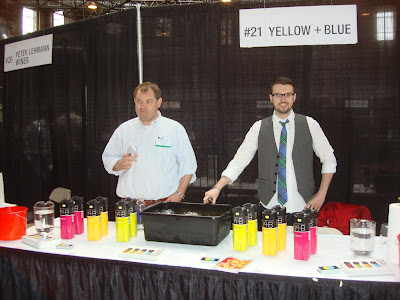 This was one of my big finds at the previous Wine Riot. They produce inexpensive, organic wines in eco-friendly Tetra Paks. Their 2008 Rosé was excellent, and one of my favorite, inexpensive wines of 2009. Their 2009 Rosé will soon be available, but they had their 2009 Torrontes, 2009 Malbec, and 2009 Sauvignon Blanc available for tasting. The Torrontes was aromatic, a crisp, easy-drinking wine with pleasant grapefruit flavors. I recommend their wines and with summer coming, the Tetra Paks are very useful. Take them camping, on a boat, a picnic, or more. There are no worries about broken glass or corkscrews. Plus, they are inexpensive and delicious. 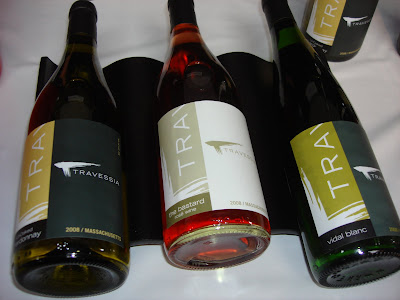 This Massachusetts winery was also at the previous Wine Riot, and they are producing some excellent, inexpensive wines which I have reviewed before. They sampled their 2008 Bastard Rosé, 2008 Unoaked Chardonnay and 2008 Vidal Blanc. It is cool to know that such good wines can be produced in Massachusetts, using grapes grown here. Marco, the owner and wine maker, is a very passionate man, endeavoring to make the best wines that he can. Check out his wines and I am sure you will find why I enjoy them. 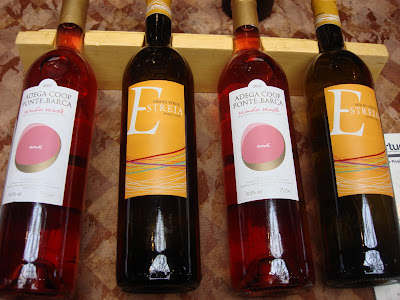 The above two wines are currently not available in the U.S., but might be in the future. I certainly hope that happens as both are delicious examples of Vinho Verde from Portugal.

The 2009 Adega Cooperativa De Ponte Da Barca is a Vinho Verde Rosé, a blend of 60% Vinhao, 30% Borracal, and 10% Espadeiro. With an alcohol content of 10.5%, this is a compelling wine with a slight effervescence, bright strawberry flavors and a crisp, clean taste. This would be a great summer wine, to sip on a sunny day and would be great with food too.

The 2009 Estreia Vinho Verde, a blend of 85% Loureiro, 7.5% Trajadura and 7.5% Arinto, only has an alcohol content of 9.5%, and is another perfect summer wine. It too has a light effervescence, with clean, crisp flavors of melon and citrus. Simply delicious.

I have tasted some of their wines previously, and they generally are good wines at inexpensive prices. They had about seven of their wines available for tasting at the Wine Riot. As previously, Lot 15, a Pinot Noir, and Lot 8, a Garnacha, still impressed me. I was also very impressed with Lot 12, a Merlot ($11.99), a 2007 Napa Valley wine. I think many Merlots at this price point are very simple, innocuous wines. They taste ok but have no character. Lot 12 though was much different, a smooth, easy-drinking wine with delicious red fruits but with some character as well. At this price, it is an excellent value. 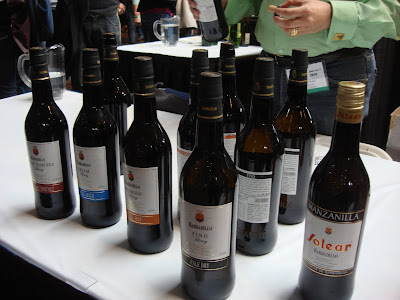 The Barbadillo winery is a family owned business, located in the Jerez region of Spain. They own about 500 hectares of vineyards spread over two estates, Gibalbín and Santa Lucía. They produce a full line of sherries, as well as a unique white wine of Andalucía, "Castillo de San Diego.” In addition, they have ownership interests in wineries in Ribera del Duero and Somontano.

The 2008 Bodega Pirineos Mesache Rosado, from the Somontano region of Spain, is a blend of Tempranillo, Garnacha, Merlot and Moristel. An absolutely delicious Rosé, this is very Old World in style. It is dry, with strong strawberry and watermelon flavors, and a touch of minerality. At under $10, this is an excellent value. Perfect for the upcoming summer weather.

I then tasted through a line-up of their sherries, including a Manzanilla, Fino, Full Dry Oloroso, Cream Sherry and a Pedro Ximenez Sherry. All of these sell for $9-$12, and are also excellent values. The Manzanilla, Fino and Oloroso were all fine examples of these sherry types, and sure to please sherry lovers, as well as those new to sherry. The Oloroso especially impressed me with delicious and smooth flavors of nuts, caramel and honey. I enjoy a nice Oloroso or Amontillado as an after-dinner drink. If you want to start getting into sherry, this line-up would be an inexpensive way to do so.

The Cream Sherry was quite tasty, with much of the flavor of an Oloroso but also a mild creamy sweetness to it. I also learned about the origin of cream sherry, which was interesting. After the end of a night of drinking, men would ask the bartender for a "small brunette," which was a tavern blend of about 80% Oloroso and 20% Pedro Ximenez. Later, British sailors would taste this blend, and fell in love with it. As it tasted creamy to them, it became known as "cream sherry." Currently, cream sherries still generally use a similar ratio as the original tavern blend.

Ty Ku produces a line including Soju, a Soju-based Liquer and Saké. At this event, they offered their Black and White Sakés for tasting. You can read my previous review of their Sakés, noting that I really love their White, though it is a very pricey Daiginjo.

This import company presented about ten different Spanish wines, so obviously it drew my interest. The 2008 Lusco Zios Albarino de Lusco ($16) was a delicious example of Albarino, great flavors of apple and melon, hints of minerality and good acidity. I note also that the vineyard is sustainably farmed. The 2007 Altos Del Cuco ($11) is a blend of Monastrell, Syrah and Tempranillo. A good value wine, with plenty of dark fruit flavors, lots of spice, moderate tannins, and a good finish. A nice BBQ wine. The 2006 Casa De La Ermita Crianza ($15) is a blend of 60% Monastrell and 40% Petit Verdot. This was a big wine, with rich blueberry and plum flavors, spicy notes and a bit of leather. Another excellent BBQ wine, perfect with a thick juicy steak. For a dessert wine, you might enjoy the 2006 Casa De La Ermita Late Harvest Monastrell ($22/500ml). A light red color, mild sweetness, and lush fruit flavors. Well balanced and perfect for a chocolate dessert, or just some fruit.

I was disappointed in this winery. I had planned to taste their two Vermouths, an extra-dry and a sweet, but by 2pm on Saturday afternoon, they were out of Vermouth. As the tasting only started at 1pm, it was unbelievable that they were already out of the Vermouth. Especially as there was still another tasting at 7pm. They obviously brought very little Vermouth to the event.

Overall, I enjoyed my time at the Wine Riot, finding some new wines to enjoy and hanging with some good people. The food was better than last year, though they still could work on providing more free nibbles, which would also help keep people less drunk. The next Wine Riot will be in the fall, so plan to be there for the event.
Posted by Richard Auffrey at 6:00 AM

Isn't sake more of a rice wine?? I know sometimes people like to warm it up but I tried the tyku brand one chilled and literally could sip it like wine. Amazing

I like the test of sherry wine very much, specially its different flavor. Thanks