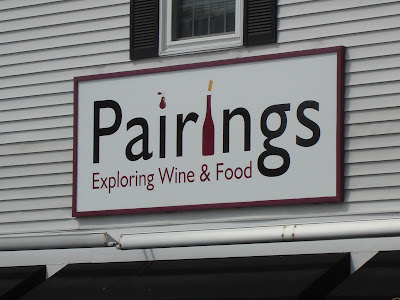 As I mentioned previously, the Spirited Gourmet wine shop in Winchester was recently sold to Ray and Lori Schaefer. They renamed the store Pairings: Exploring Wine & Food, and it officially opened on April 1. Last week, I finally had the chance to stop by and check out what the new owners have done with the store. It needs to be mentioned that the store is only a few weeks old and is still in a state of transition as the owners put their own stamp on it.

During my visit, I met Lori and chatted with her a bit about the store and her future plans. She was very nice, willing to answer any of my questions. 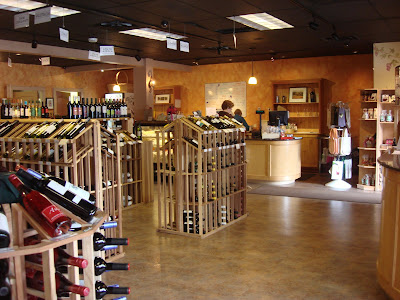 Much of the store will look familiar to those who visited the Spirited Gourmet. They did though remove some shelves near the tasting area, making it roomier there, and added some shelving elsewhere. The spirits were moved so that they are now located across from the large refrigerated cases, where the beer and chilled wines are kept. Where the spirits once were are now shelves of food.

The wine shelves have numerous empty spots, as the Schaefers continue to restock. It appears they retained some of the old inventory from the Spirited Gourmet, as well as added some of their own choices. As they sell off the old inventory, I am sure they will bring in more of their own selections. They shelve many of the wines regionally, in the same places as did the Spirited Gourmet. They have also retained the "Great Wines Under $15" section.

What type of wines will they stock? Their website states: "That being said, we favor small wineries, with responsible practices. Our favorites make wine characteristic of the environment, and are interesting and varied." That sounds good, and based on some of the wines I saw in the shop, which seemed new, they have made some good choices. For example, it was good to see several wines from Four Vines, a winery in Paso Robles. Prices are average, and seem comparable to what the Spirited Gourmet charged.

When Lori mentioned all the local foods they were bringing to the store, I asked whether they would carry local wines too. Lori stated that would probably not carry many local wines because she did not feel the quality existed there. They do stock a sparkling wine from Westport Rivers, in Massachusetts, and one wine from Connecticut. I did recommend a couple local wineries, such as Turtle Creek and Travessia. There are other good ones too, especially if you include all of the New England, such as Still River Winery in Harvard, MA and Boyden Valley in Vermont.

This is an issue that numerous bloggers have discussed in recent months, how local foods often get lots of attention, yet local wines often fall to the wayside. For example, some restaurants are proud of their local produce and ingredients, yet their wine lists may not even include a single local wine. There are quality local wineries and they deserve support too, especially by local restaurants and wine stores. If local is important to you, then don't do it half-way. Spend the time and find the local wineries that deserve recognition and give them support. 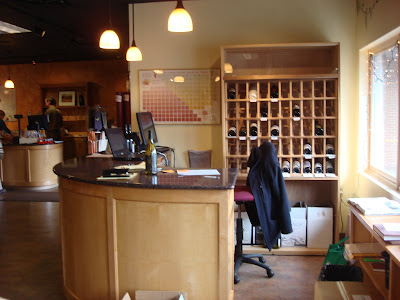 On Saturdays, they hold wine tastings, where all of the wines are paired with food selections. Those wines are displayed at the store prior to tasting, and all are discounted at the tasting. Pairing wine and food is a very good thing, and I think you can better understand a wine when it is accompanied by food. The store is very dedicated to this idea, and it is a worthy objective. I wish more wine stores would pair food at their wine tastings.

The store has other tastings events too, at various times, which include tastings with wine makers. On Saturday, May 1, they will hold a Grand Opening Tasting with four tables of wines, one each for the US, Spain, France and Italy. 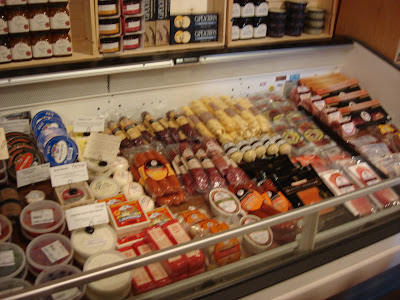 They have a good selection of gourmet foods, including many meats from D'Artagnan Foods, such as chorizo, duck bacon, wild boar soucisson and more. Lori stated they carry many local food products, and are seeking at add more too. For example, they carry bread from Mamadou Bakery in Winchester. They also carry serrano ham and prosciutto which they slice to order. 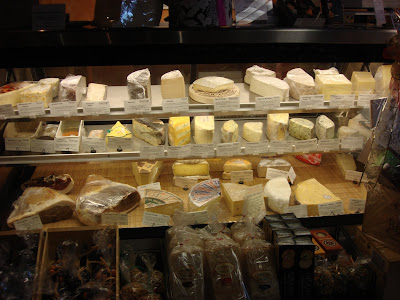 Their cheese selection is large, and they continue to add new cheeses when they find something interesting. So, this is kind of a one-stop shop, where you can buy both wine and food.

This shop has lots of potential and it will be interesting to see how it develops over time. The concept of presenting wine and food pairings is a strong one, and should help many consumers. They have plenty of interesting gourmet foods and cheeses which should please the palates of many. I just would like to see more support of local wineries, to go along with their support of local food vendors.

Thanks for sharing the information on wine and food pairing. It was nice going through your blog. keep on posting.

What?? No review yet of Winchester's new Parson's Table?!

Ugh: and now you've been scooped by the Boston Glob!

Yep, I do need to check out Parson's Table. It is on my short list.