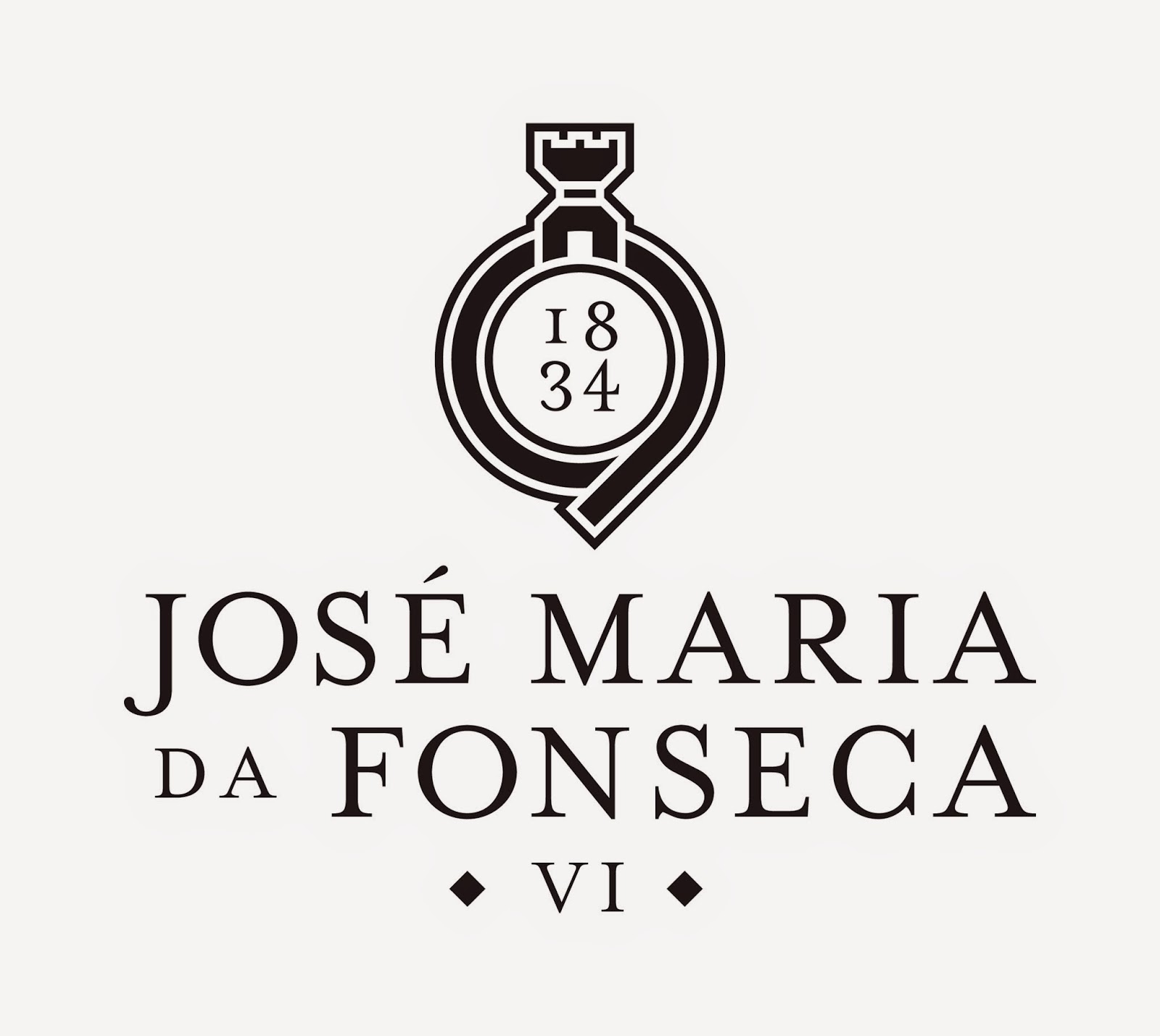 Extending back 180 years, to its founding in 1834, José Maria da Fonseca is a family-owned Portuguese winery with one foot firmly planted in its rich history and traditions, and the other foot stepping forward into the future.

My own experience with their wines extends back as well. About eight to nine years ago, in the wine blog I wrote before I began The Passionate Foodie, I positively reviewed their 2004 Periquita ($10). stating it was a great value wine. Recently, I tasted the 2012 Periquita, and it is still only $10, remaining an excellent value. It is amazing that this wine has remained at the same low price for nine vintages. 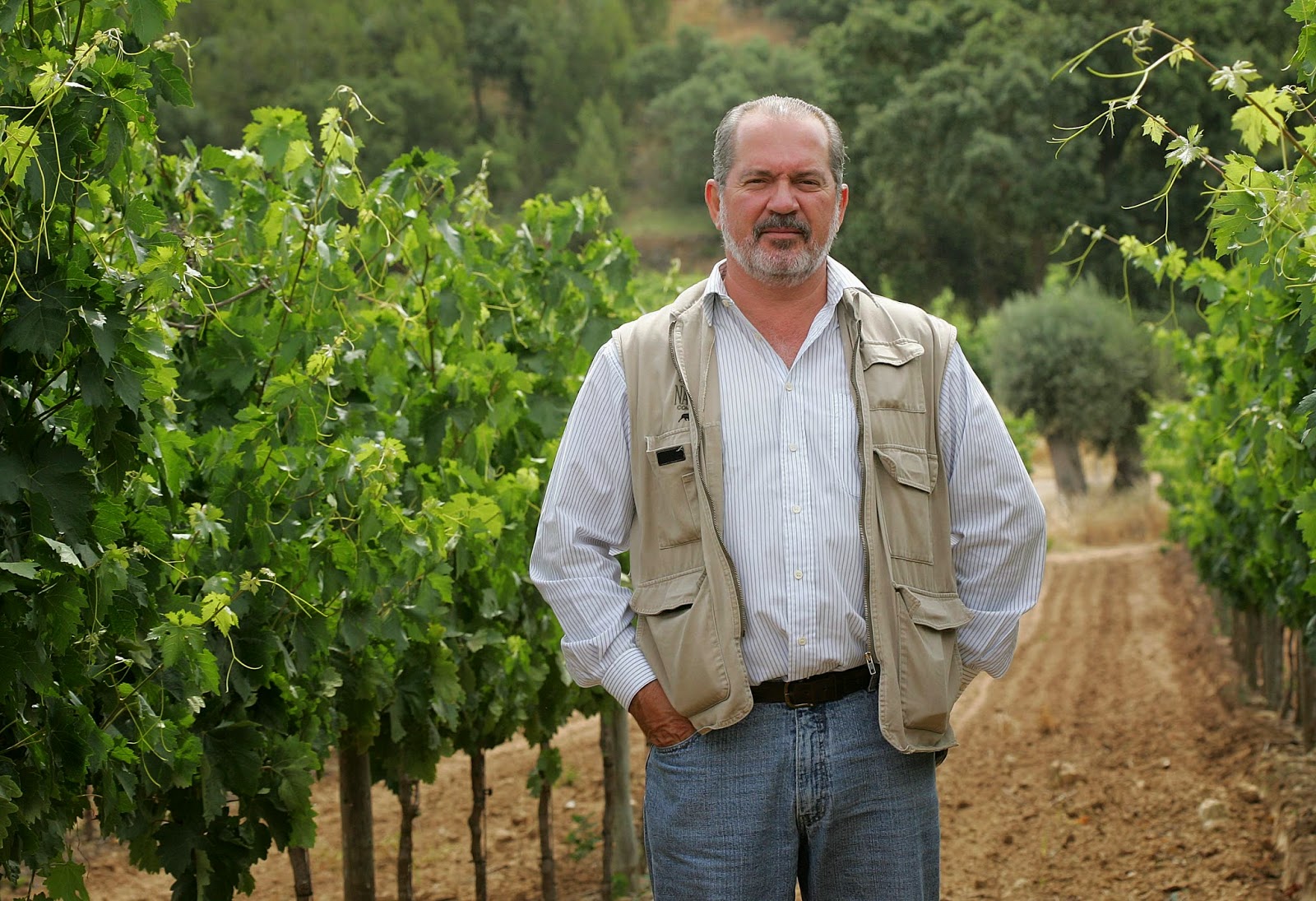 A couple weeks ago, I attended a media lunch at Post 390, and met Domingos Soares Franco, the senior winemaker and vice president at José Maria da Fonseca. Domingos is part of the 6th generation of the Soares France family, and three members of the 7th generation are currently involved in the winery too. Domingos was the first Portuguese national to graduate in Fermentation Sciences (Viticulture and Oenology) from the University of California, Davis in 1981.

During lunch, Domingos was a fascinating conversationalist, possessed of great pride in Portugal, but also cognizant of the areas where Portugal could improve its wine industry. And he didn't shy away from being controversial either. He came across as honest, earnest and personable.

The J.M. da Fonseca winery is located in the village of Vila Nogueira de Azeitão, on the Setúbal Peninsula. just south of Lisbon. As the senior winemaker, Domingos has a trusted team in place, allowing him the ability to travel during harvest time. The winery possesses over 1600 acres of vineyards, growing about 35 different grapes. Domingos has been instrumental in changing the vineyards to primarily grow indigenous grapes, as he doesn't see much reason to use international grapes when they have so many interesting native grapes. Annually, they produce about 12 million bottles, over 34 brands, and export about 80% of their production to around 70 countries.

I don't know which position is correct, though it is incontrovertible that Portugal possesses a significant number of fascinating indigenous grapes. Domingos noted that this significant number is due to an ancient glacial push, which benefited Italy, Spain and Portugal. Personally, I've often preferred Portuguese wines made from indigenous grapes, which I think provide the wines with more of a Portuguese character, more reflective of terroir. Domingoes also mentioned that his favorite Portuguese grape is Touriga Francesca.

Climate change has affected Portugal, Domingos noting that during the last four years, average temperatures have been decreasing. They have gone from four seasons to almost just two, a rainy season and a dry season. He also indicated that the southern reaches of Portugal are the most in danger and in fifty years may become too desert-like to grow grapes.

Domingos spoke about some of the general problems and issues with the Portuguese wine industry. Portugal has better wine makers than viticulturists, so that is something that needs change. They should also work together more as wine is made in both the vineyard and winery, and a better collaboration will make better wine. In addition, winemakers generally don't meet together to discuss common issues. They need to unite, to share information and work together in furtherance of common goals. That type of collaboration has benefited many other wine regions and it could only serve to do the same in Portugal.

He also advised that Portuguese wineries need to be more innovative, and to spend more money in vineyard sites. They should be planting small amounts of different varieties, and different clones, for at least ten years, to determine which grapes do best on their land. He added that Portugal is producing much better white wines now, as they are using more native varieties. However, there is a learning curve involved in working with these indigenous grapes, so he predicts the white wines will get even better with time. Domingos also believes the Portuguese should not over price their wines, and with seeing Periquita remain the same price for nine years shows he is following his own advice.

Most of the wines that we drink today are consumer driven, and nearly all of the Fonseca wines fit that description. However, Domingos produces eight wines, six red and two white, which he thinks are made the way a wine should be made. Domingos doesn't enjoy blockbuster wines, or too much sugar, oak or alcohol. He prefers elegant, easy going wines which you can sit and drink a few glasses without any issue. There are too many wines which you have a single, overpowering glass, and you don't want to drink a second. Domingos would rather a glass of wine that makes you think. This is exactly what I was told by a Chilean winemaker earlier this month.

When asked about what other wine region most excited him, Domingos stated that he felt Washington state was the wave of the future, producing superior, elegant and well balanced wines. He has been to the region once before and is eager to return, to taste more of their wines. 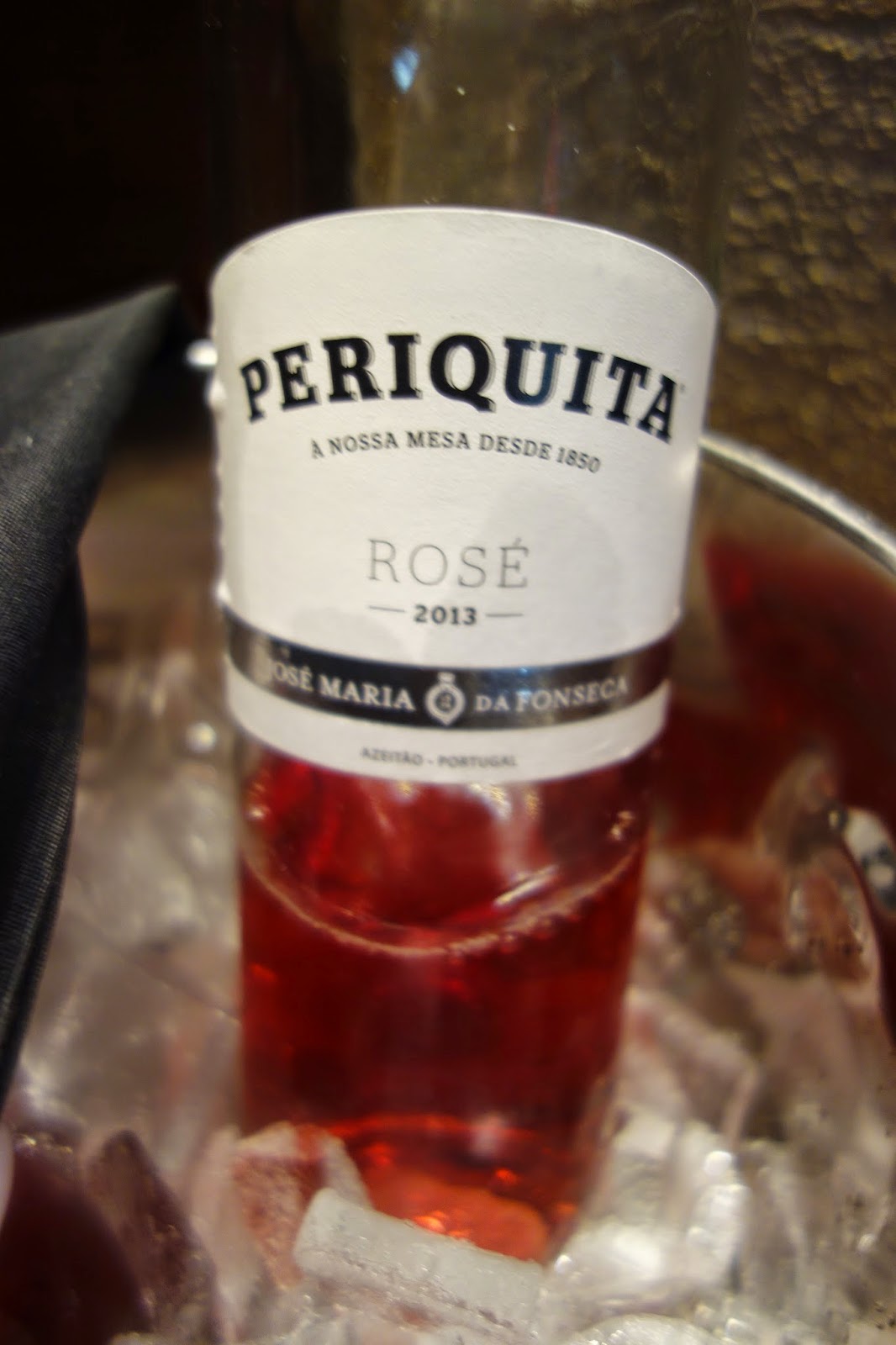 During the course of our lunch, we sampled seven Fomseca wines, which included one made as Domingos feels wine should be made. He also advised people to taste single varietals, to better understand how each grape contributes to Portuguese blends. In addition, Domingos mentioned that he doesn't consider Aragonez to be a Portuguese grape, as it actually is Spanish Tempranillo and as such, he is using less of Aragonez in some of his wines.

We began our afternoon with the 2013 Periquita Rose ($9.99), a blend of 50% Castelão, 40% Aragonêz, and 10% Trincadeira, with an alcohol content of 12.2%. Fermented in stainless steel, it is dry and clean, with delicious strawberry and cherry flavors. A simple and easy drinking wine, it would be excellent for summer though you can drink it year round, especially as it is food friendly. 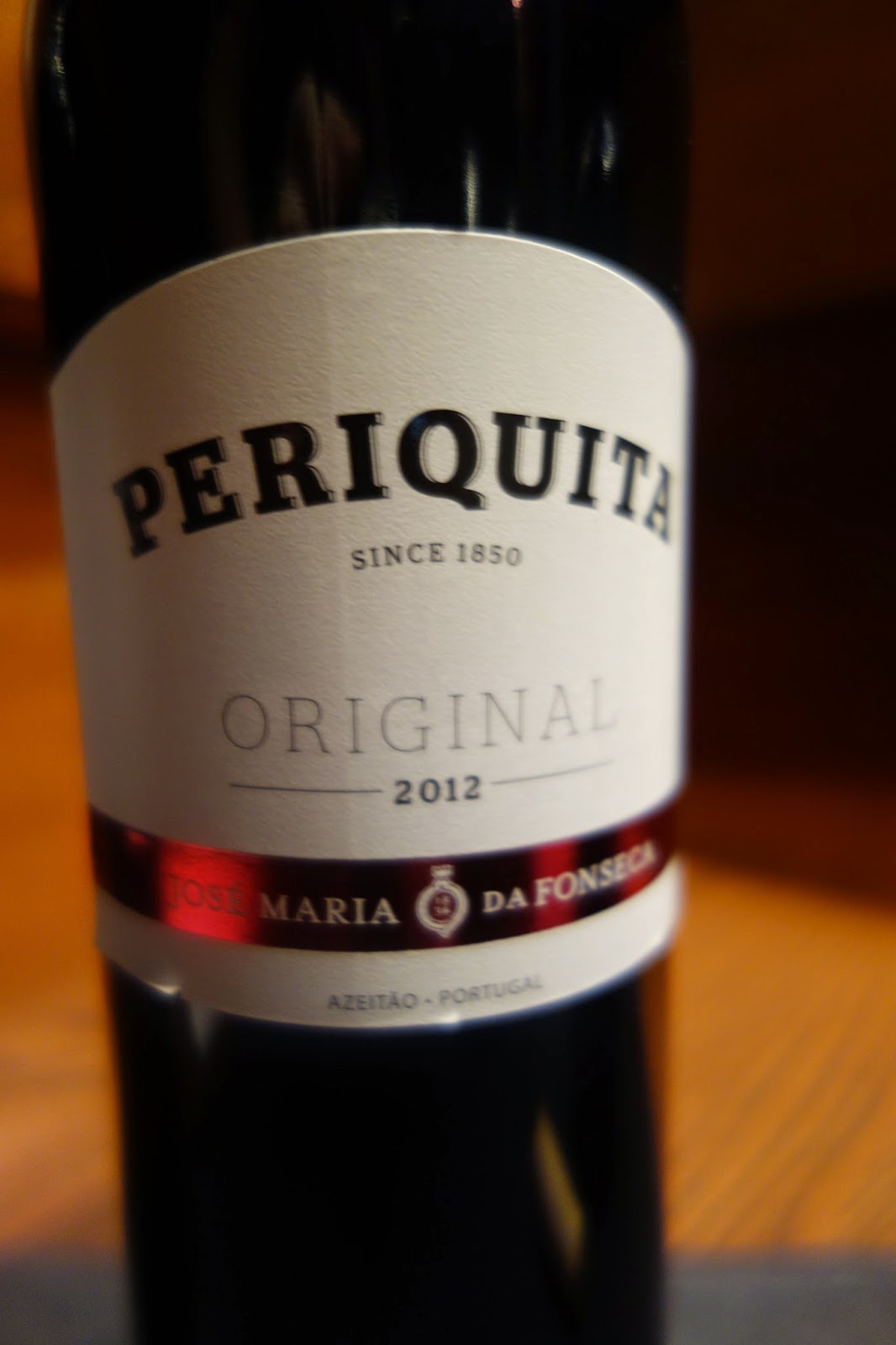 The Periquita brand, which was started in 1850, is the oldest table wine in Portugal which is still available in the market. The winery has bottles in their cellar dating back to around 1880. They currently produce about 100,000 cases of this wine, and its primary market is Sweden, and they have crafted the wine to appeal to their tastes.

The 2012 Periquita ($9.99) is a blend of 74% Castelão, 14% Trincadeira, and 12% Aragonêz, with an alcohol content of 13%. The wine is aged for about six months in new and used American and French oak. It is an easy drinking wine, with plenty of red and black fruit flavors, spicy accents and a touch of vanilla. Though inexpensive, it has more complexity than many wines at this price point. Great with or without food, it makes for an excellent pizza or burger wine. It should be a crowd-pleaser at any party. 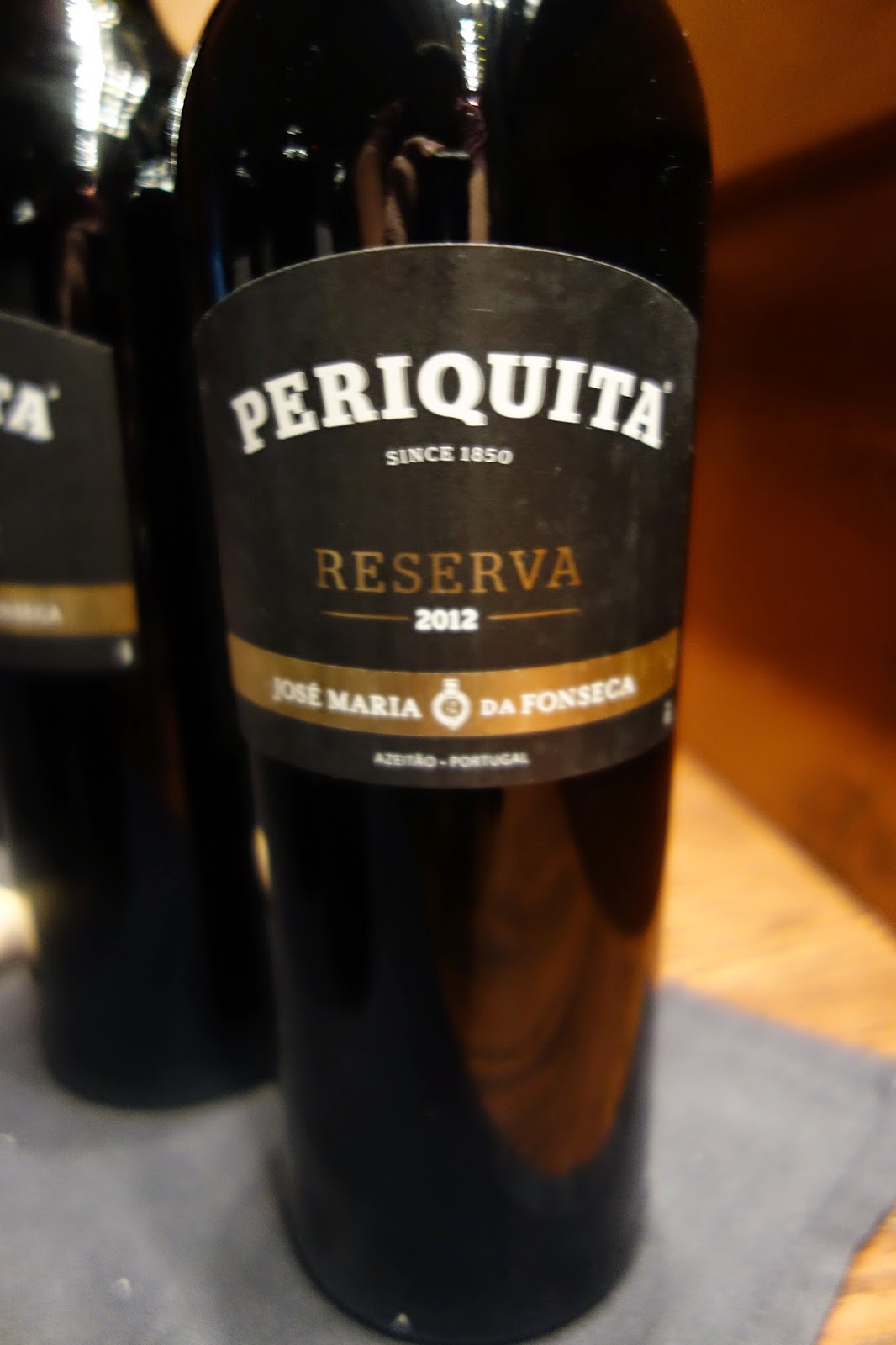 The 2012 Periquita Reserva ($14.99) was also made for the Swedish market, and was a huge success,selling about 500,000 cases in only 9 months. Is a blend of 38% Castelão, 34% Touriga Nacional, and 28% Touriga Francesca, with an alcohol content of 13.1%. The wine is aged for about eight months in new and used French oak barrels. It is a darker red than the original Periquita, and the aroma has more vanilla notes. It is a more New World style, with a fuller body, riper black fruit flavors, lots of vanilla and accents of some other spices. It is easy drinking too, though my personal preference is for the original. 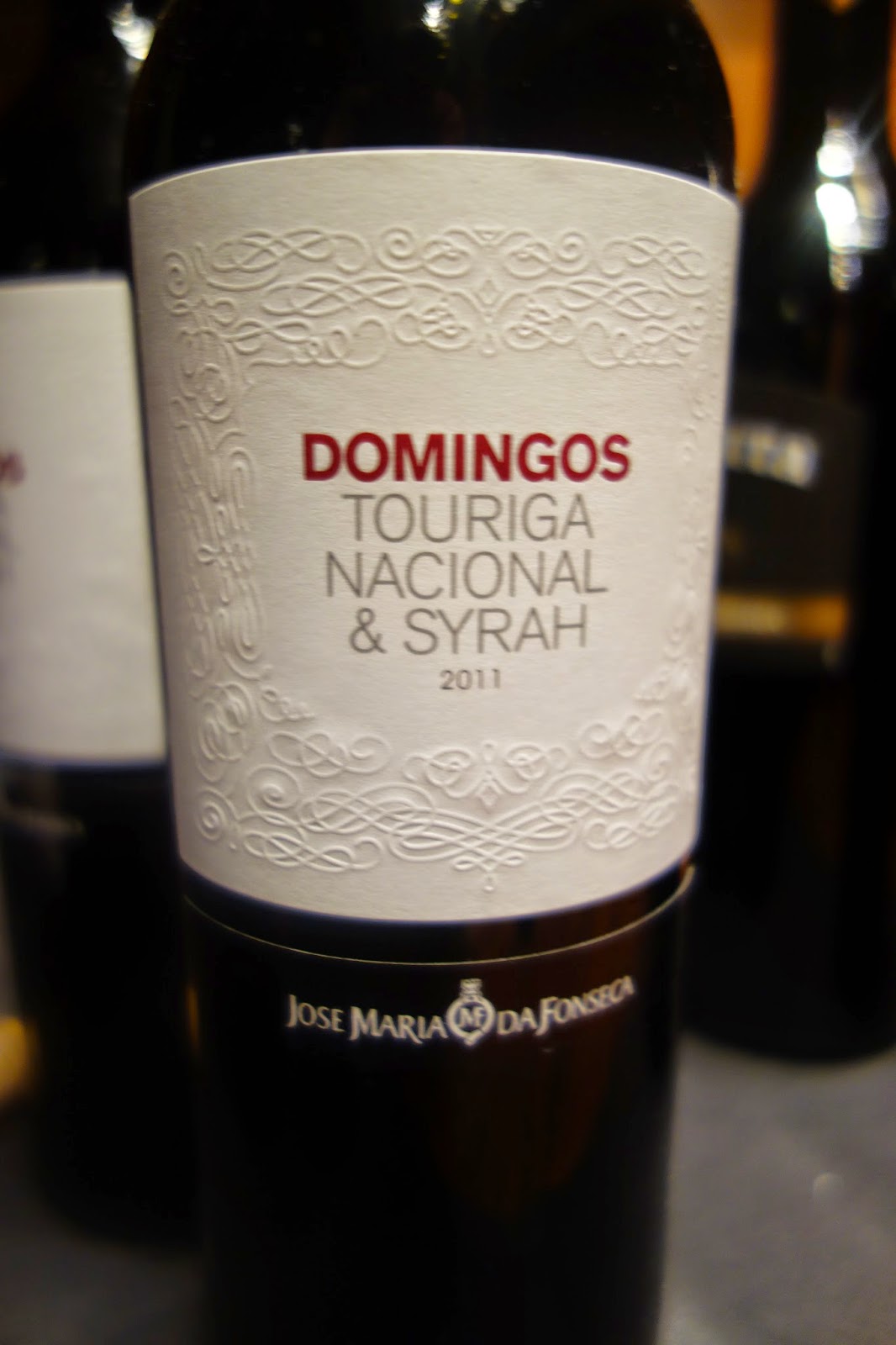 The 2011 Domingos ($14.99) is named after Domingos, and is intended to reflect a blend of tradition and modernity. This wine is a blend of 60% Touriga Nacional and 40% Syrah, a combination of an indigenous grape and an international one, with an alcohol content of 13.2%. Out of all the international grapes in their vineyards, they have the most of Syrah. The wine spends about nine months in French oak casks with medium toast. It is inky dark in color, with a silky elegance, ripe plum and blackberry flavors, vanilla, and some underlying spice notes. It is an enjoyable wine, but I still prefer Portuguese blends that don't use international grapes. 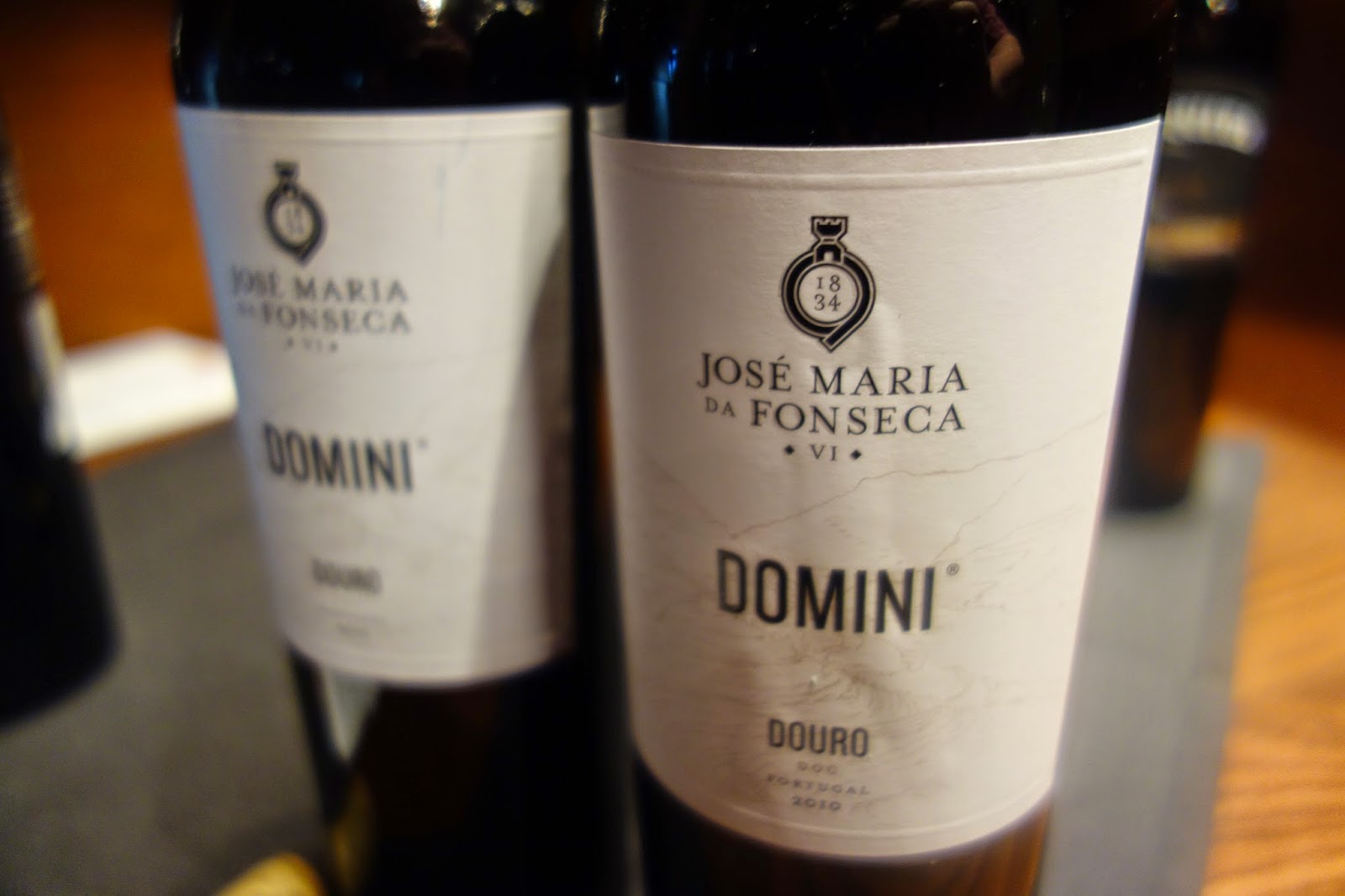 The 2010 Domini ($15.99) stems from a joint venture between Domingos and winemaker Cristiano Van Zeller, from the Douro. Starting in 1999, they began purchasing land and making leases with growers, eventually leading to 77 acres of vineyards planted with traditional Douro grapes. From these vineyards, they have produced two table wines and two Ports. This Domini is a blend of 48% Touriga Nacional, 30% Tinta Roriz, & 22% Touriga Franca, with an alcohol content of 13.2%. It spends about three months in new oak, and has a bright, medium-red color with a compelling nose of red fruits and a bit of earthiness. On the palate, the flavors form a nice melange of fruit and spice, with earthy elements. The tannins are well integrated, the finish is long and pleasing, and it presents plenty of complexity for this price point. Overall it is a delicious wine, one I would easily drink over the course of an evening. Highly recommended. 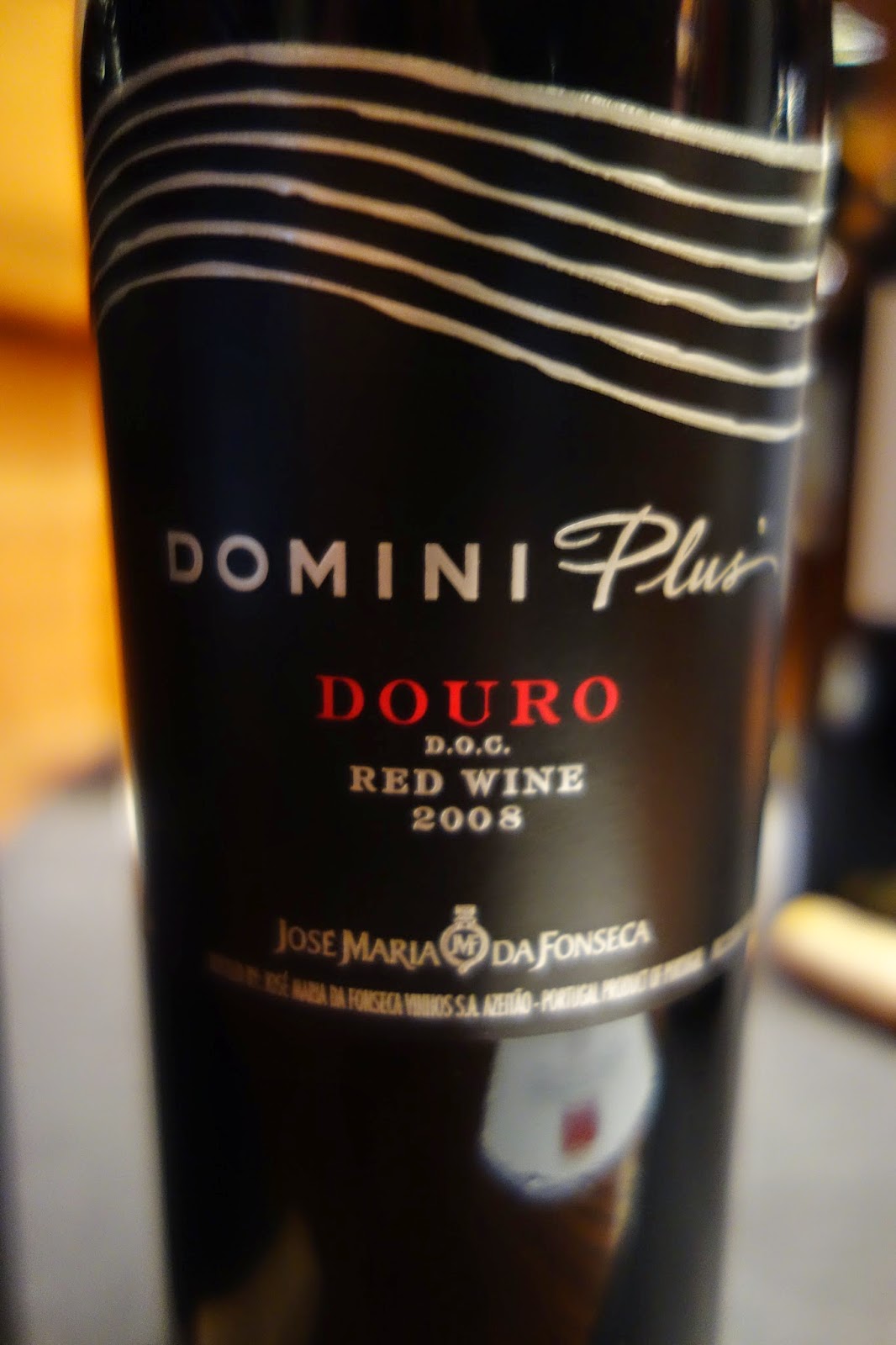 The 2008 Domini Plus ($40), the second wine of the Douro partnership, is a blend of 65% Touriga Franca, 20% Tinta Roriz, & 15% Touriga Nacional, with an alcohol content of 13.7%. However, in 2012, they changed the blend in this wine, eliminating the Tinta Roriz, so it is now just made with the two other grapes. It spends about 12 months in new French oak. Similar in some respects to the Domini, it elevates the complexity and flavor profile, creating an elegant and enticing wine, that is still powerful yet restrained. This is a perfectly ballanced wine, one to slowly sip and savor, thinking on everything to be found within your glass. This is one of the 8 wines that Domingos created to fit what he believe a wine should be. It is an amazing wine, well worth the price, and which might cost twice as much in any other wine region. Highly recommended.

Our final wine was the 2004 Moscatel de Setubal ($10.99 for 375ml), and the winery is one of the most important producers of this fortified wine. Though this wine was created before the founding of Fonseca, many still see the winery as inextricably entwined with this wine. Fonseca currently makes it very similar to the original method, Made from 100% Moscatel de Setúbal, this wine has an alcohol content off 17.3%, and by law it cannot be lowet than 16%. The wine is aged in oak barrels, which are at least ten years old. With a deep color, the wine is fruit and sweet, though balanced by a good level of acidity. You get flavors of caramel and honey, orange and apricot, and some herbal notes.

Interestingly, regular brandy is used for this Moscatel, but Fonseca makes two others, one using Cognac and the other Armagnac. Neither of those are available in the U.S.yet, and Fonseca won't sell both of them in the same country. Though they cannot place Cognac or Armagnac on the front label, you will find it on the back. They sound very intriguing.
Posted by Richard Auffrey at 3:00 AM