My love of Spanish wine is well known, from Basque Txavoli to Sherry, from Albarino to Mencia. They make excellent wine at all price points, and have some intriguing indigenous grapes. The country is rich in wine history, and there is much diversity to be found. I've traveled to Spain three times, including to the Rioja region, and would return again in a heart beat. If you aren't drinking Spanish wine, you're missing out on so many wonderful wines.

Some Spanish wines are categorized by the length of their aging, from Joven to Gran Reserva. The Gran Reserva designation is for those red wines with the longest amount of aging, a minimum of five years, and the wine must spend at least 18 months in a barrel and at least 36 months in the bottle. There are Gran Reserva whites and rosés but they have a slightly different requirement, requiring aging for at least 4 years, with a minimum of 6 months in the barrel. These aged wines can be often be purchased at very reasonable prices, and even less than a similarly aged wine from many other wine regions.

I received media samples of two Gran Reserva Rioja wines, one very reasonably priced, and one a more higher end wine, though it too is well worth the price. I recommend both of them, with the higher-end Rioja getting my highest recommendation. 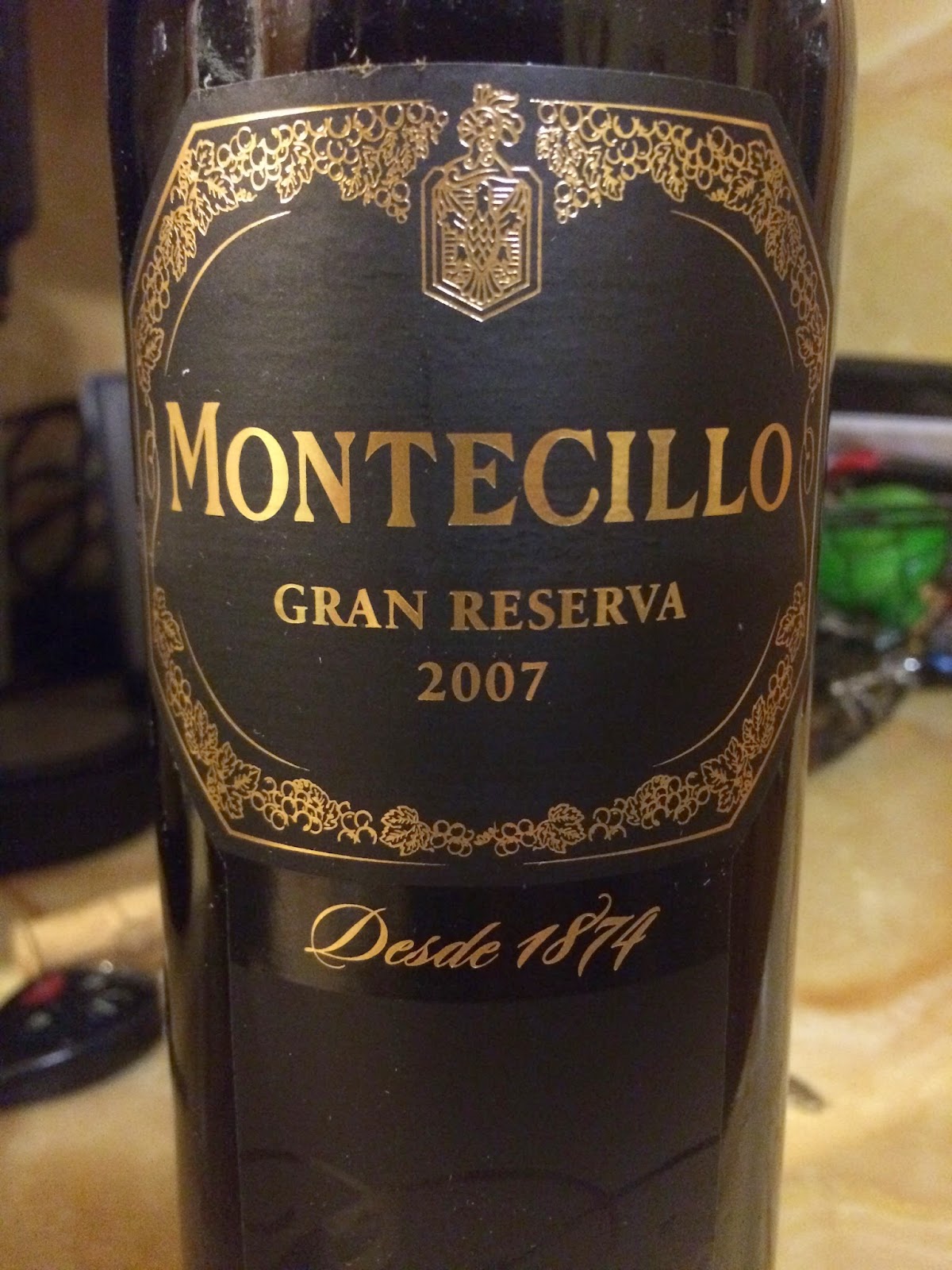 The 2007 Montecillo Gran Reserva ($21) is produced by Bodegas Montecillo, which was founded in 1874, making it the third oldest winery in La Rioja. In 1973, the winery was purchased by the Osborne Group, a family business that extends back over 200 years. Montecillo doesn't have any vineyards, and purchases all of its grapes. The main winemaker at Montecillo is Maria Martinez-Sierra, bringing over 30 years of experience to the winery. She is a formidable force in Rioja, with feet firmly set in the past, but with eyes that look forward as well.

Produced from a red blend, with primarily Tempranillo, this wine had a pleasant aroma of cherry with herbal notes. On the palate, the red fruit flavors were prominent, bright cherry and raspberry, with underlying notes of herbs, vanilla, mild spice and tobacco. There is plenty of complexity in its taste, and the finish is moderately long and pleasing. It is still young, with plenty of room to age, and is a good value at this price. 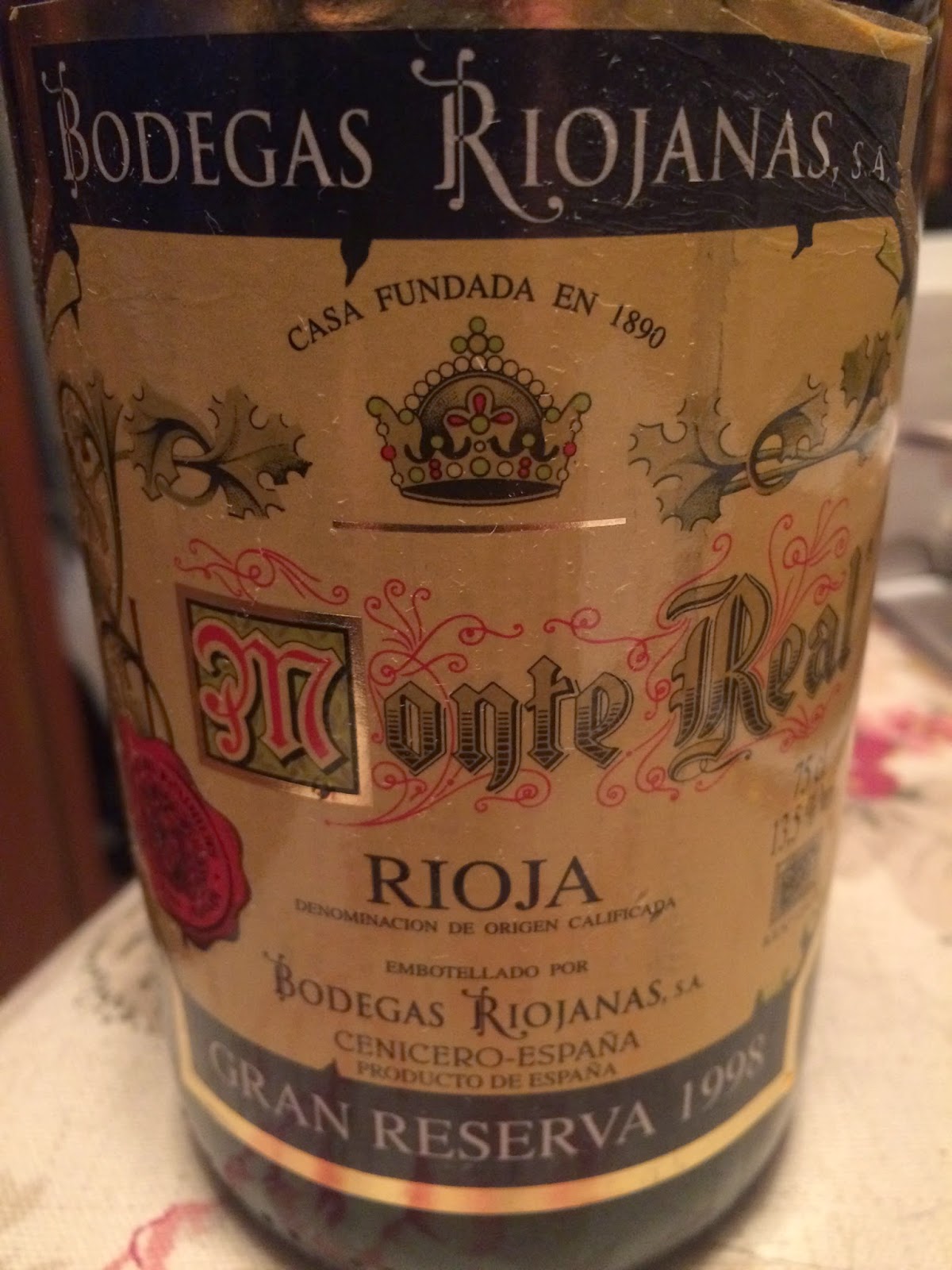 The 1998 Bodegas Riojanas Monte Real Gran Reserva Rioja ($50) shows the great potential of aged Rioja. Bodegas Riojanas, founded in 1890, was originally located in Cenicero, in Rioja Alta, but the new winery is now in San Vicente de la Sonsierra, about 20km from Cenicero. They have over 300 hectares of vineyards, with grapes including Tempranillo, Mazuelo and Graciano. Their annual production is now about 4.5 million bottles, but in the U.S., it is still a label that flies under the radar of many wine lovers, and it should be on everyone's list..

This Gran Reserva is a blend of 80% Tempranillo, 15% Mazuelo, and 5% Graciano and is aged for 24-30 months in American oak and then aged in the bottle for at least 36 months. With a medium-red color, it has an alluring nose of cherry, plum and spice notes, and you'll probably sit with your glass for a time just enjoying the aromas. On the palate, you'll find a complex melange of intriguing flavors, a harmonious blend of fruit, spice and herbs. Elegant and silky, the wine caresses your palate, thrilling your senses. The tannins are well integrated, the wine is well balanced, and the finish lingers on and on. Though it will pair well with many dishes, it will also please on its own. An amazing wine that benefits from slowly savoring with good friends. It receives my highest recommendation.

As the holidays approach, this would be a good choice for a splurge, either for yourself or as a gift for someone else. You can look forward to more articles about Rioja wine in the near future,
Posted by Richard Auffrey at 3:00 AM