Each flavor can be upgraded to an “adult version” with additions like, Bailey’s White Chocolate, XO Patron, Amaretto and White Crème de Menthe (+$4). If hot cocoa lovers find that they are in the mood for just one, Met Back Bay has that covered. Customers can order any flavor as the “One Big One” presentation for $10. The Boston Hot Chocolate Experience will be available beginning Friday, November 28 and will continue until spring 2015. 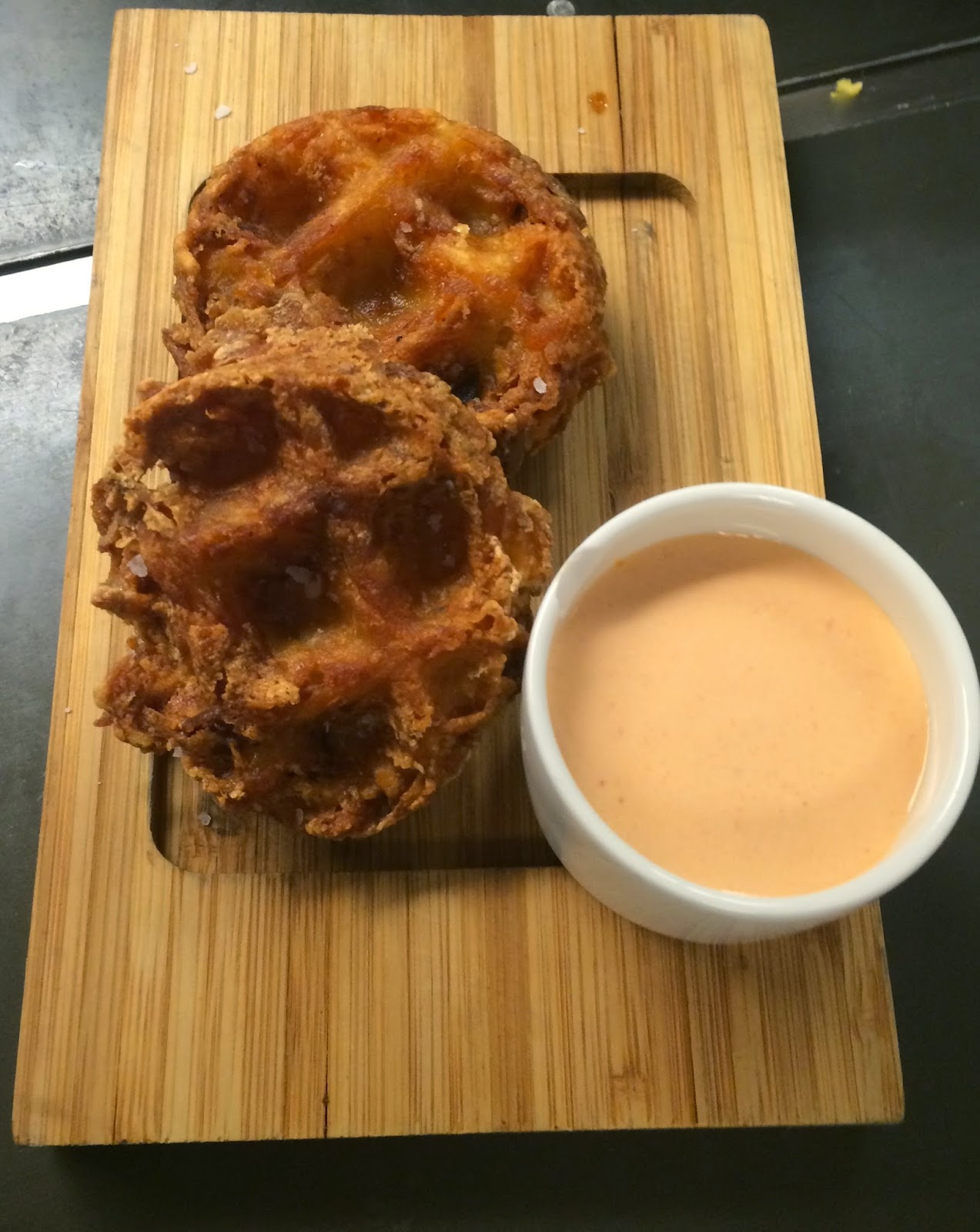 2) Waffle tots? Yes, you have my attention. TAMO Bistro & Bar is introducing some new items in their new menu’s that sound pretty interesting, including:

I haven't sampled any of these items yet, but they sound good. Have any of my readers sampled these treats yet?

3) This holiday season, during November and December, Boston diners can give meaningfully with as little as a $1 donation at area restaurants through Hearth Shares, a local fundraising initiative to end homelessness. The program offers restaurant goers the opportunity to add a voluntary donation of $1 or more to their bill. Supported by the Citizens Bank Foundation, 100% of proceeds from Hearth Shares will benefit Hearth, Friends of Boston’s Homeless and a select group of other nonprofits working to end homelessness in the Boston community.

Boston Chefs and Restaurateurs Ming Tsai, Chris Douglass, Jeffrey Gates, Jeff Fournier, Tiffani Faison, Jamie Mammano and many others have signed on to support Hearth Shares at their restaurants. They follow in the footsteps of Fergus Henderson, Gordon Ramsay, Angela Hartnett and Ashley Palmer-Watts who support the program’s London counterpart, StreetSmart in their restaurants. Since 1998, StreetSmart has raised over $10 million for homeless programs in London and has over 500 participating restaurants.

The fun-filled event will offer guests the opportunity to mingle with NFL stars and celebrities and enjoy entertainment and a fantastic auction. The Pro Player Foundation in partnership with the National Multiple Sclerosis Society will host Flavors of New England to raise funds and awareness for MS while showcasing the mouthwatering cuisine of various talented chefs for which the city has become known. Pro Football Hall of Fame legend Randall McDaniel will be in attendance to lend support for the National MS Society’s goal of raising funds and awareness in order to end MS forever.

Diagnosed with multiple sclerosis in 2007 while playing football at San Diego State University, Tyler Campbell refuses to let the disease stop him from moving his life forward. A successful businessman, husband and new father, Tyler views his diagnosis as a blessing. Tyler now serves as an Ambassador for the Pro Player Foundation and for the National MS Society and is on a mission to help other people with the disease, especially those facing the uncertainty of the future of their education due to MS. Tyler hosts Flavors of the Gaslamp and Flavors of Austin, with his father, in addition to the New England event.

Former Patriots tight end and local radio host, Jermaine Wiggins and former Patriots defensive end, Jarvis Green, will be joining in on the fun and supporting their football teammates at the event as well.

The mission of the Pro Player Foundation is to serve the community by creating special events and projects that raise awareness and funding for Multiple Sclerosis. To learn more about Flavors of New England and its NFL partners, please visit proplayerfoundation.org.

COST: Tickets can be purchased for $195 each at http://proplayerfoundation.org/event/flavors-new-england
Posted by Richard Auffrey at 3:00 AM