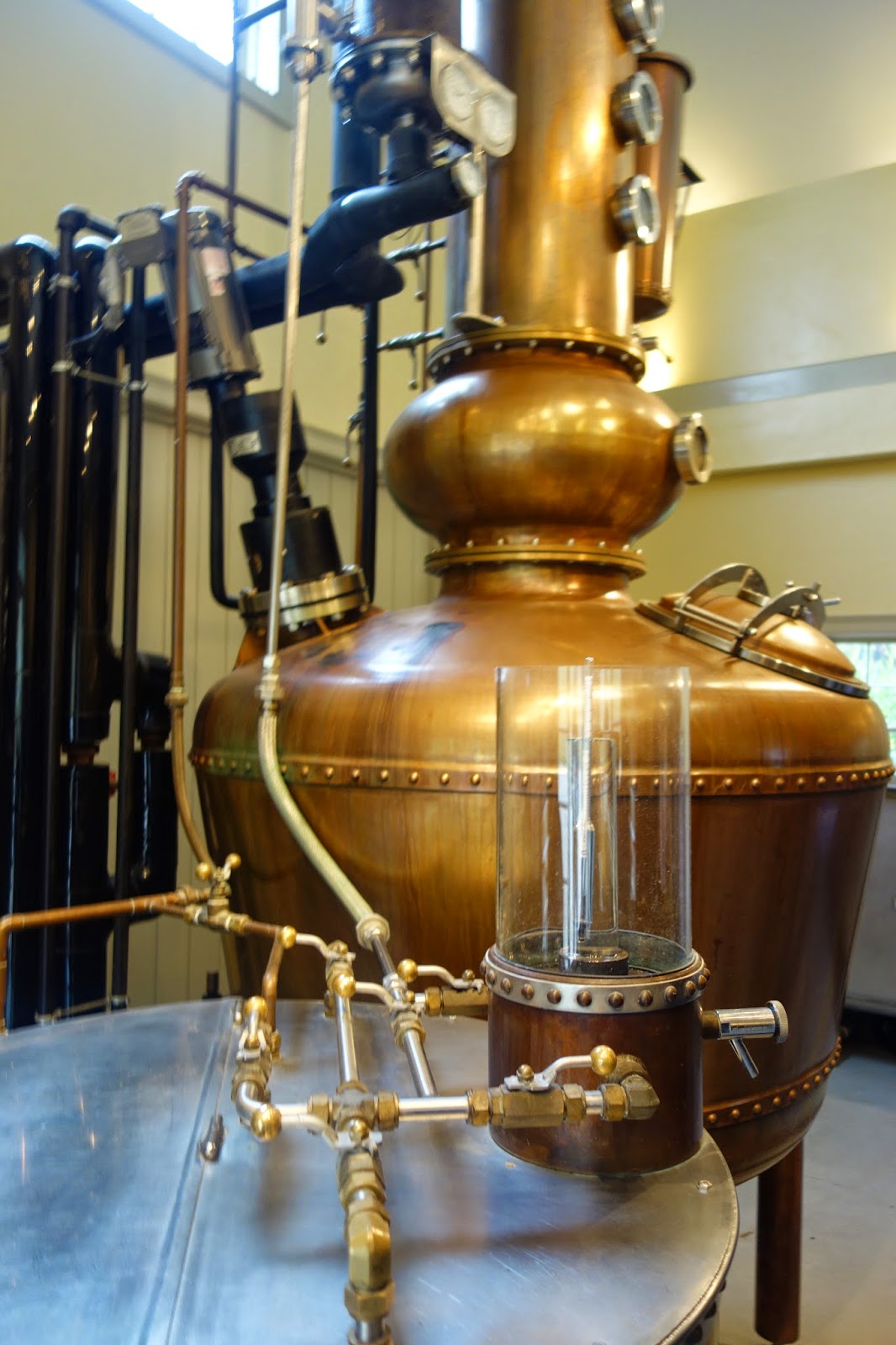 After our TasteCamp tour and tasting at the Hillrock Estate Distillery, there was also a small tasting of spirits from a number of other Hudson Valley distilleries. Due to time constraints, I wasn't able to taste samples from all of the attending distilleries. I'm going to highlight some of the products I tasted, though know that there are numerous other worthy spirits being produced in the Hudson Valley. As the craft distillery movement grows, you'll likely see more and more distilleries open in this region.

I should note that those with a Farm Distillery License in New York must use at least 71% New York ingredients in their spirits, making them very much a local product. Other states with similar farm or craft distillery licenses also may require a significant portion of the ingredients come from the home state, though the percentage varies. For example,Washington only requires 51% of the ingredients to be from within the state. 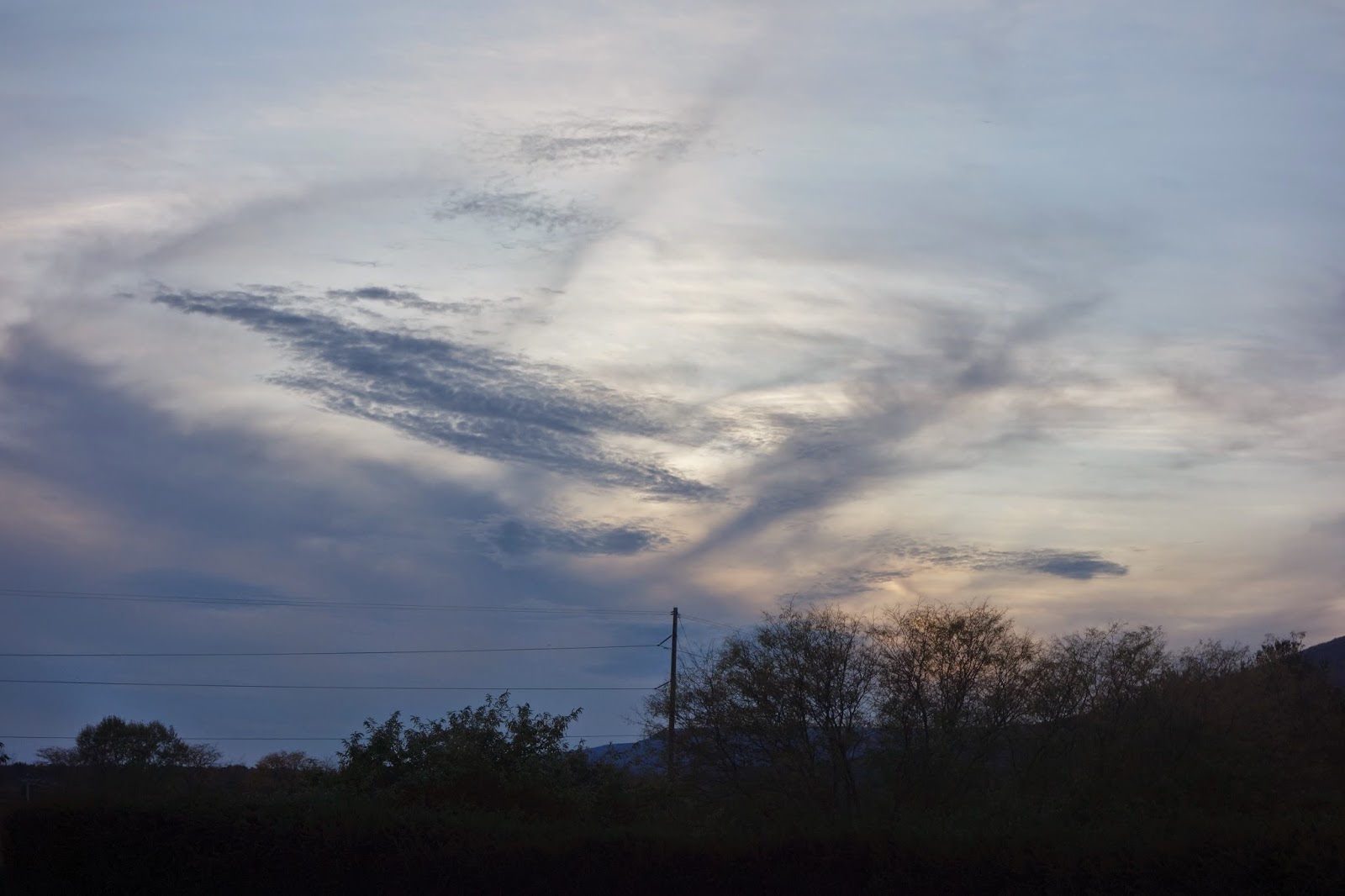 Golden Harvest Farms is a third generation farm, located in Valatie, New York, that has 200 acres of apple orchards and grows a variety of other fruits and vegetables too. They started Harvest Spirits to produce a variety of local spirits using their excess fruit. Spirits were a product that they could create that had a lengthy shelf life, unlike cider or donuts. They are still a small operation, producing about seven different spirits that total about 1500 cases annually. Overall, they are making some intriguing fruit-based spirits, with clean, natural flavors.

Their Core Vodka is made from apples! They distill hard cider three times, using about 60 pounds of apple per 750ml bottle, and do not add any sugar or other additives. It definitely tasted like apple vodka, with a clean, natural and dry taste. It was intriguing, and I could see using it in cocktails. It would be much better than some artificially flavored apple vodka. They also make a Black Raspberry Vodka, which is their most expensive spirit at $35 because fresh blackberries are so expensive. The raspberries are macerated in their Core Vodka and then redistilled with a bit of raspberry juice added. The raspberry flavor stood out strongly, with more subtle apple notes beneath.

The Cornelius Applejack, maybe the first made in New York, is produced from distilling their hard cider, pressed in an antique apple press, twice in small batches. Applejack was a popular drink during the Colonial period, with a much stronger alcohol content than hard cider. The Cornelius tries to replicate this historic spirit, and it has an alcohol content of 40%, was aged for 2 years in 50 gallon ex-bourbon casks and then finished in 15 gallon quarter casks. Accompanying its dominant apple taste, there are notes of vanilla, caramel, and mild spice, with a smooth, lengthy finish. Very tasty and intriguing.

The Cornelius Peach Flavored Brandy is a kind of "Peach Jack," produced from peaches soaked in their Applejack. After a time, it is strained and aged in the barrel for about three years. I enjoyed the rich peach flavor with the apple accents, complemented by some vanilla and spices hints, especially on the finish. The Rare Pear Brandy, made from Bosc & Bartlett pears, is distilled twice and aged for 2 years in charred American oak. It was dry and floral, with strong peach flavors, spicy accents and a smooth taste.

The Cornelius Cherry Flavored Brandy is a kind of "Cherry Jack," produced from Bing cherries in their Applejack. After a time, it is strained and aged for a year in quarter casks. The cherry flavors were clean and sweet, and the apple notes were more prominent than in the Peach Brandy. There were some subtle spice notes along with a vanilla streak. 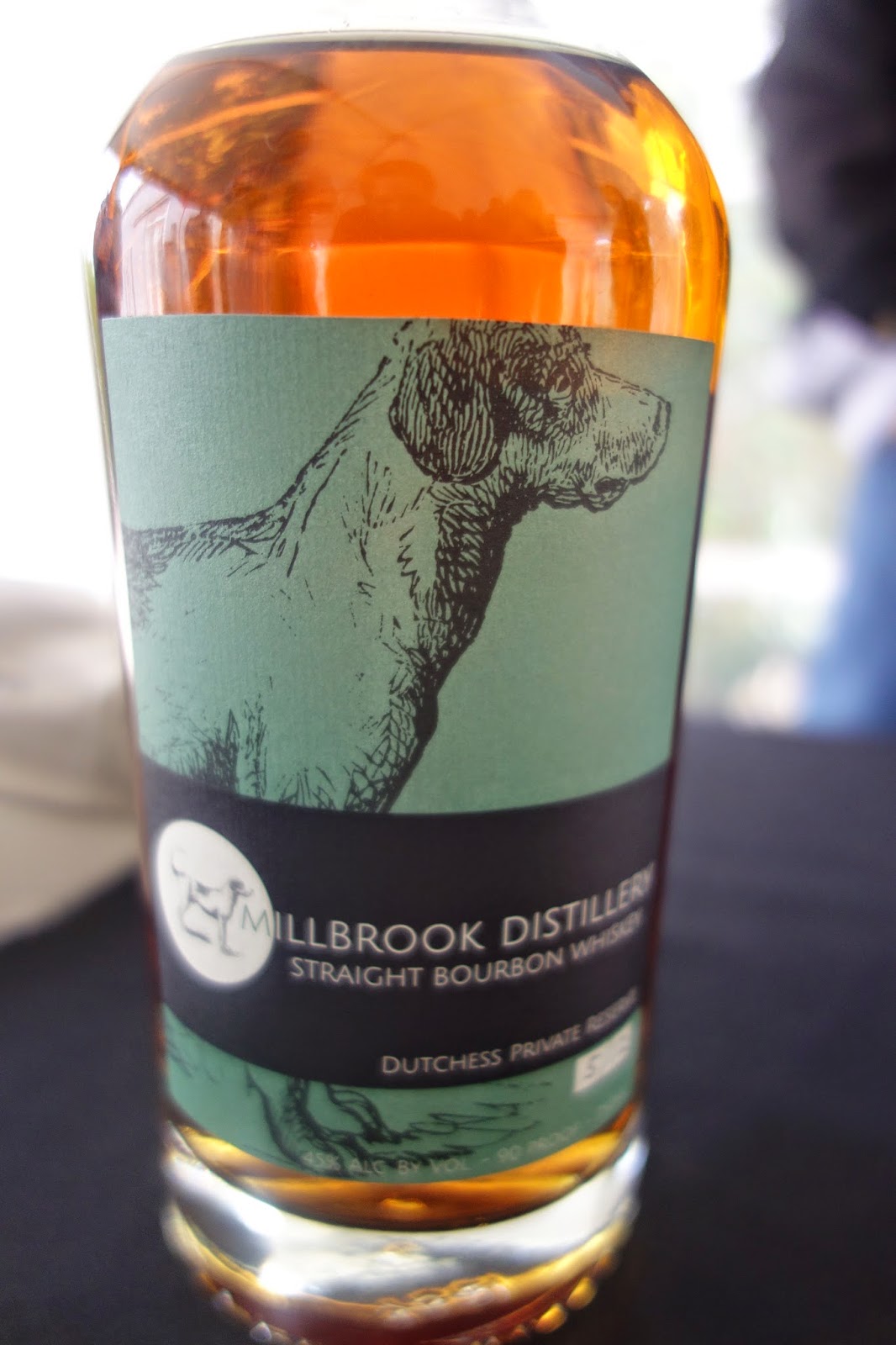 The Millbrook Distillery saw its origins when the Coughlin family purchased the Rolling Hills Farm in Stanfordville, New York. Together, Paul Coughlin and Gerald Valenti founded the distillery, using the corn and grains from the farm as well as natural spring water to produce whiskey. Their first product is the Dutchess Private Reserve Straight Bourbon Whiskey (about $40), which is made with a mashbill with 21%-25% rye. It had a pleasant bourbon taste, plenty of caramel, vanilla, spice and hints of citrus, with a nice sweetness to it. A smooth, easy drinking bourbon. In the near future, the distillery will also release a Barrel Strength Whiskey and a Founder's Rye Whiskey. 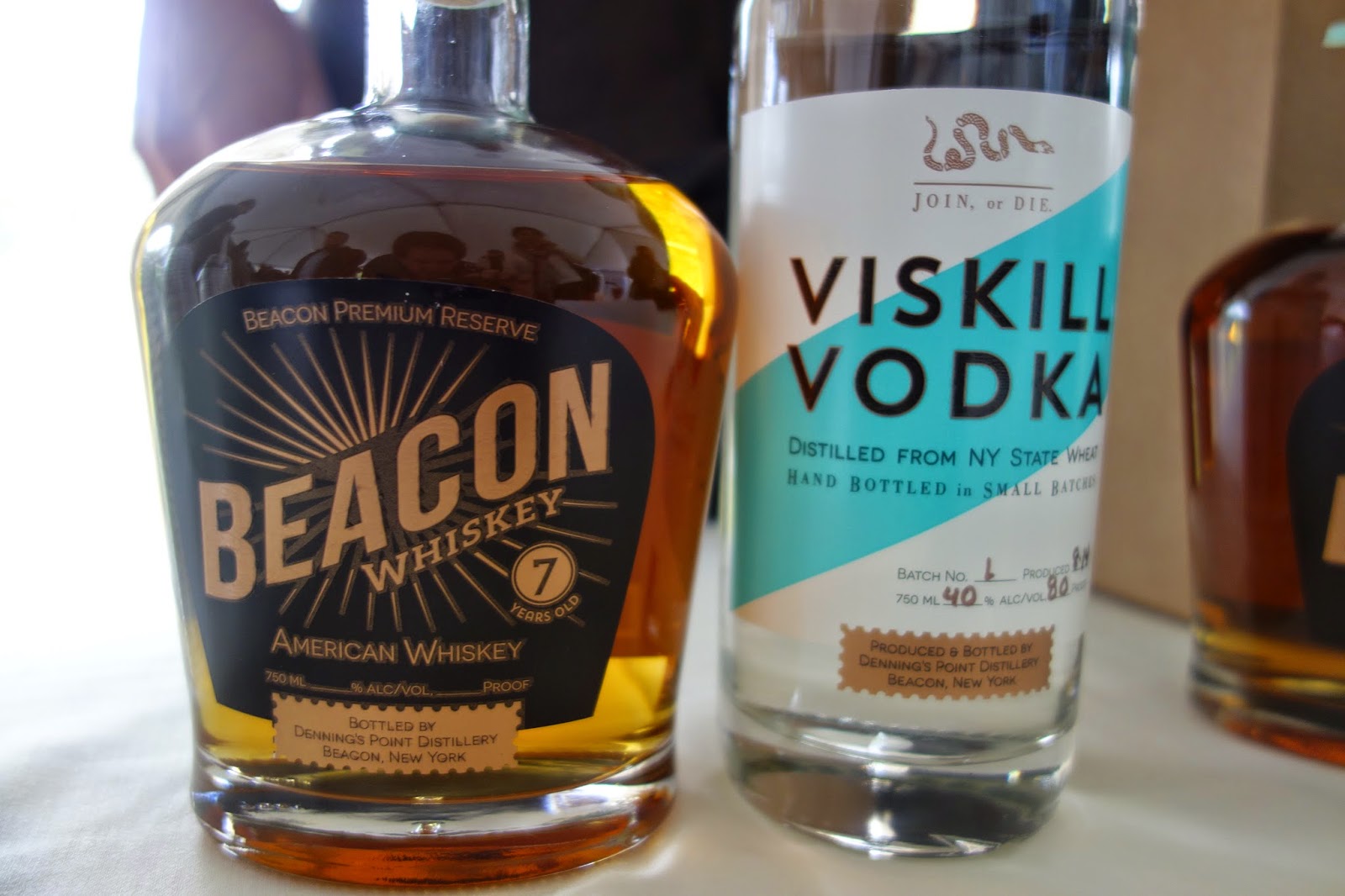 One of the newest distilleries in the Hudson Valley is Denning's Point Distillery, owned by Karl Johnson who opened an urban facility in Beacon, New York. They use Hudson Valley grains, and malt from the Finger Lakes region, to produce their spirits. Their Viskill Vodka is made from 100% wheat, and has a light, clean and smooth taste with a small bite on the finish. The Beacon Whiskey, made from a 100% corn mashbill, was sweet, with some caramel and vanilla notes. Their initial products show some potential, so I am intrigued to see how this new distillery develops. 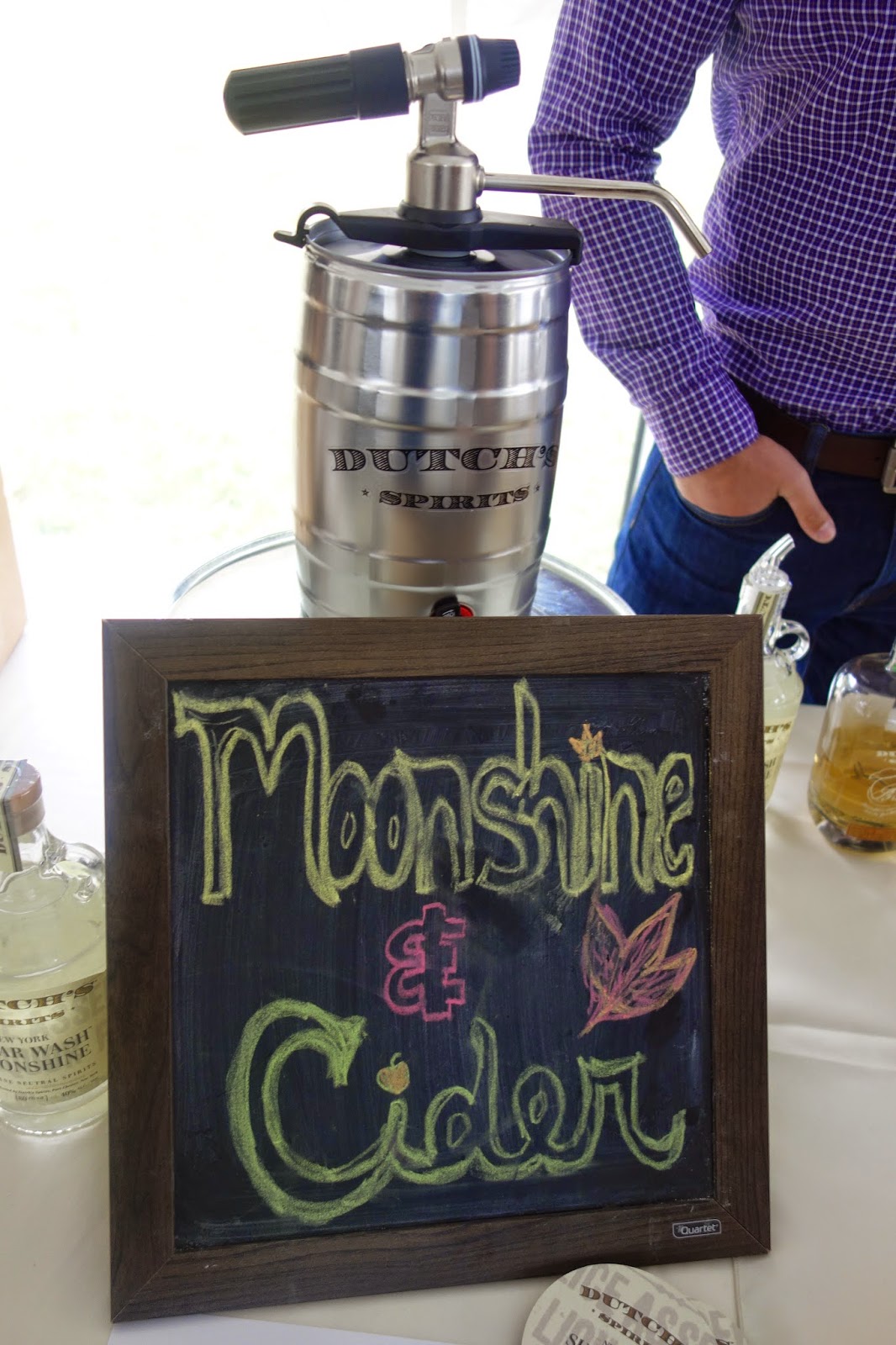 The Harvest Homestead Farm, a 400 acre farm located a mile from the town center of Pine Plains, New York, has been in the family of Alex Adams for about 80 years. On the farm, a secret distillery was found, which once was a bootlegging operation for the infamous Dutch Schultz. The distillery operation had been shut down in 1932 when it was raided by federal agents. Six years ago,Alex Adams and his friend Ariel Schlein decided to start their own distillery, though a legal one, and founded Dutch's Spirits. 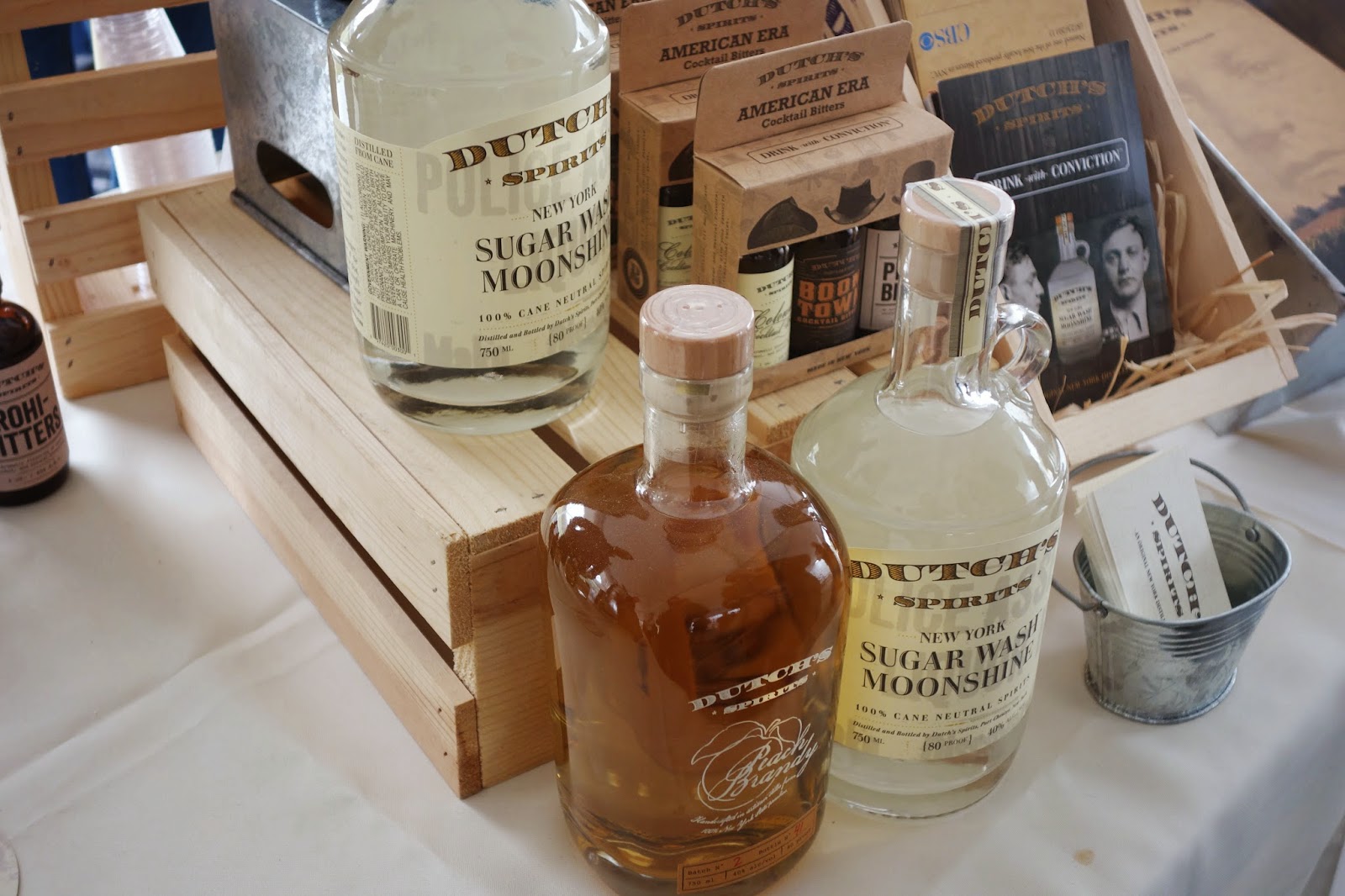 The Sugar Wash Moonshine was inspired by the "white lightning" once produced by Dutch Schultz. It is a 100% Cane Neutral Spirit produced in small batches from pure Demerara sugar. It is a silky smooth spirit with a mild sweetness, and subtle flavor of herbs, vanilla and butterscotch. An interesting spirit, and they also served some in a cocktail with apple cider and bitters, and that really worked well. I could see this spirit being a nice addition to your home bar. Their Peach Brandy, made from peaches from the Finger Lakes, is made in a traditional 19th century style. It is aged in toasted American oak, and presents a pleasant brandy taste, with dominant peach flavors enhanced with some spice and caramel notes.
Posted by Richard Auffrey at 3:30 AM