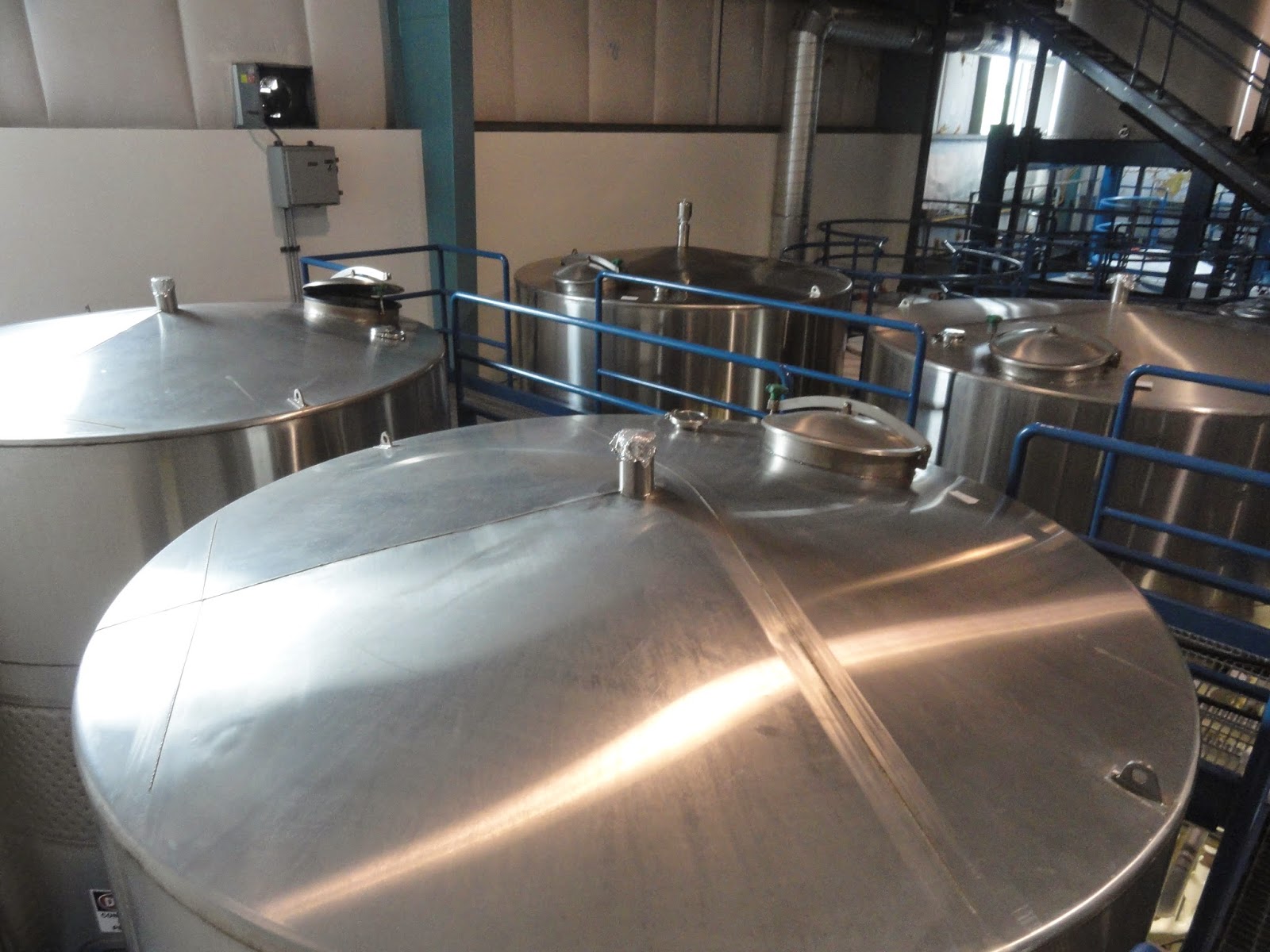 Today, let's explore the growth of Sake across the world...

1) Sake imports to the U.S. continue double digit growth! The Shanken News Daily reported that, in 2013, Sake imports increased by 13%, to 516,000 cases and domestically produced Sake increased by 1%, to 1.7 million cases. The top U.S. brand is Sho Chiku Bai, constituting 27%, about 587,000 cases, which is even greater than the amount of imported Sake. SakeOne, located in Oregon, grew by 8.4% to 89,000 cases. Joto Sake, a major distributor in the U.S,, should sell about 20,000 cases of Sake this year, and should be in 40 states by the end of the year. 75% of their business is with on-premise accounts, restaurants and bars, especially Asian spots.

It is always good to see that Sake imports and consumption continue to increase, and there is still plenty of room for even more Sake imports. It also seems many more wine stores need to be selling Sake. We need to break out of the misconception that Sake is only for Japanese cuisine. We need to educate people that Sake works well with all types of cuisines, and is also enjoyable on its own. There is much that still needs to be done, but we are making forward progress.

2) More women and young people are drinking Sake! A new article in the Japan News, stated that though Sake production has increased only a small amount in 2013, it is still only about 40% of what it was twenty years ago. However, if you look more closely at the numbers, and based on other reports, much of the diminished Sake production was to futsu-shu, and not premium Sake. In addition, Sake consumption by women and young people, who previously were not significant Sake drinkers, has been on the rise. A new survey indicates that Sake spending in 2013 has increased an astonishing 90%, since two years previously, in households of at least two people and which the head of the household is in their 20s. Where the head is in their 30s, Sake spending increased only 20%.

Part of this increased growth is due to a significant outreach to women, such as the Bishu-katsu festival, which for the last three years has been a large Sake event only for women. The Japan Sake & Shochu Makers Association has also held educational Sake seminars for women for the last ten years. In addition, Sake products are being geared to women, such as many more Sparkling Sakes, sweeter Sakes, and lower alcohol Sakes. When I have conducted Sake tastings, I have found that many women rave about Sparkling Sake, which is often fruity, effervescent and lightly sweet. I think Sparkling Sake can be a gateway to other types of Sake.

3) Sake and Pasta? In a recent Japan Times, Melinda Joe discussed the inroads of Sake into Italy. In September, the first Milan Sake Festival was held, produced by La Via del Sake, an NGO run by Marco Massarotto. An even larger festival is being planned for the Milano Expo 2015. The top two European markets for Sake are Britain and Germany, and Italy falls behind France, though only by a small margin. Italy's strong wine culture is seen by some people as an obstacle to their embracing Sake, though that shouldn't be an obstacle that cannot be overcome.

Sake and Italian food can pair very well, and I previously held a dinner at Prezza showcasing such pairings.The umami component of a number of Italian ingredients, from ripe tomatoes to Parmesan cheese, is an important reason why the cuisine pairs so well with Sake. Let us hope that Italians see the value in Sake, and realize it can stand beside wine and it does not have to be an either/or case.

4) Sake comes to Israel! Arutz Sheva is reporting how Israel and Japan have been working together, creating a stronger business relationship, including exchanges of export products. In Japan, a major Sake brewery, Katoukichibee Shouten, has made one of their brands to be Kosher, so that it will appeal to the Israeli market.A few different Sakes are being exported to Israel, and hopefully this will just be the start of a passion for Sake in Israel.
Posted by Richard Auffrey at 3:00 AM